Thomas E. Shenk is the James A. Elkins Jr. Professor in the Life Sciences in the department of Molecular Biology at Princeton University. [1] Although his publications have contributed to the fields of biochemistry, cell biology, genetics, genomics, microbiology and virology, his present research interest involves the cytomegalovirus. Aside from academic involvement, Dr. Shenk has sat on the board of directors of Merck & Co. [2] and the Fox Chase Cancer Center. [3]

In 2021, Shenk transferred to Emeritus status within the Princeton department of Molecular Biology. [8]

Bonnie Lynn Bassler is an American molecular biologist; the Squibb Professor in Molecular Biology and chair of the Department of Molecular Biology at Princeton University; and a Howard Hughes Medical Institute Investigator. She has researched cell-to-cell chemical communication in bacteria and discovered key insights into the mechanism by which bacteria communicate, known as quorum sensing. She has contributed to the idea that disruption of chemical signaling can be used as an antimicrobial therapy. 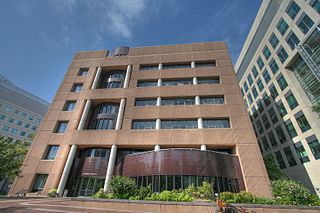 Whitehead Institute for Biomedical Research is a non-profit research institute located in Cambridge, Massachusetts, United States that is dedicated to improving human health through basic biomedical research. It was founded as a fiscally independent entity from the Massachusetts Institute of Technology (MIT), where its 18 members all hold faculty appointments in the MIT Department of Biology or the MIT Department of Bioengineering. Two members are National Medal of Science recipients; ten have been elected to the National Academy of Sciences; and four have been elected to the National Academy of Medicine; six are Howard Hughes Medical Institute Investigators.

A biomedical scientist is a scientist trained in biology, particularly in the context of medical laboratory sciences or laboratory medicine. These scientists work to gain knowledge on the main principles of how the human body works and to find new ways to cure or treat disease by developing advanced diagnostic tools or new therapeutic strategies. The research of biomedical scientists is referred to as biomedical research.

David Botstein is an American biologist serving as the chief scientific officer of Calico. He served as the director of the Lewis-Sigler Institute for Integrative Genomics at Princeton University from 2003 to 2013, where he remains an Anthony B. Evnin Professor of Genomics.

Charles Thomas Caskey (1938–2022), also known as C. Thomas Caskey, was an American internist who has been a medical Geneticist and biomedical researcher and entrepreneur. He was a Professor of Molecular and Human Genetics at Baylor College of Medicine, and served as editor of the Annual Review of Medicine from 2001-2019. He was a member of the editorial boards of the Proceedings of the National Academy of Science, Science, the Encyclopedia of Molecular Medicine and numerous other medical and scientific journals.

John Kuriyan is Chancellor's Professor at the University of California, Berkeley in the departments of Molecular and Cell Biology (MCB) and Chemistry. He is also a Faculty Scientist in Berkeley Lab's Physical Biosciences Division, a Howard Hughes Medical Institute investigator, and a member of the National Academy of Sciences. He has also been on the Life Sciences jury for the Infosys Prize in 2009, 2019 and 2020. 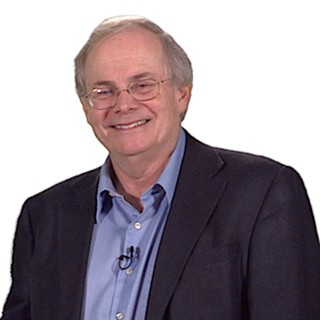 Gregory A. Petsko is an American biochemist and member of the National Academy of Sciences, the National Academy of Medicine, the American Academy of Arts and Sciences, and the American Philosophical Society. He is currently Professor of Neurology at the Ann Romney Center for Neurologic Diseases at Harvard Medical School and Brigham and Women's Hospital. He formerly had an endowed professorship in Neurology and Neuroscience at Weill Cornell Medical College and is still an adjunct professor of Biomedical Engineering at Cornell University, and is also the Gyula and Katica Tauber Professor, Emeritus, in biochemistry and chemistry at Brandeis University.

Joan Wennstrom Bennett is a fungal geneticist who also is active in issues concerning women in science. Educated at Upsala College and the University of Chicago, she was on the faculty of Tulane University for 35 years. She is a past president of the American Society for Microbiology (1990-1991) and of the Society for Industrial Microbiology and Biotechnology (2001-2002), and past Editor in Chief of Mycologia (2000-2004). She was elected to the National Academy of Sciences in 2005.

Lynn W. Enquist is Professor Emeritus in Molecular Biology at Princeton University, as well as founding editor of the journal Annual Review of Virology. His research focuses on neuroinvasive alpha-herpesviruses.

Peter S. Kim is an American scientist. He was president of Merck Research Laboratories (MRL) 2003–2013 and is currently Virginia & D.K. Ludwig Professor of Biochemistry at Stanford University, Institute Scholar at Stanford ChEM-H, and Lead Investigator of the Infectious Disease Initiative at the Chan Zuckerberg Biohub.

Harvey Franklin Lodish is a molecular and cell biologist, professor at the Massachusetts Institute of Technology (MIT), Founding Member of the Whitehead Institute for Biomedical Research, and lead author of the textbook Molecular Cell Biology. Lodish's research focuses on cell surface proteins and other important areas at the interface between molecular cell biology and medicine.

Beatrice Mintz was an American embryologist who contributed to the understanding of genetic modification, cellular differentiation, and cancer, particularly melanoma. Mintz was a pioneer of genetic engineering techniques and was among the first scientists to generate both chimeric and transgenic mammals.

Arnold J. Levine, is an American Molecular biologist. He was awarded the 1998 Louisa Gross Horwitz Prize for Biology or Biochemistry and was the first recipient of the Albany Medical Center Prize in Medicine and Biomedical Research in 2001 for his discovery of the tumor suppressor protein p53.

Thomas J. Kelly is an American cancer researcher whose work focuses on the molecular mechanisms of DNA replication. Kelly is director of the Sloan-Kettering Institute, the basic research arm of the Memorial Sloan-Kettering Cancer Center. He holds the Center's Benno C. Schmidt Chair of Cancer Research.

Don W. Cleveland is an American cancer biologist and neurobiologist.

Institute for Medical Research, Israel-Canada (IMRIC) is a research institute affiliated with the Faculty of Medicine of the Hebrew University of Jerusalem.

Anna Marie (Ann) Skalka is an American virologist, molecular biologist and geneticist who is Professor Emeritus and Senior Advisor to the President at the Fox Chase Cancer Center. She is a co-author of a textbook on virology, Principles of Virology.

Guillermina 'Gigi' Lozano is an American geneticist. She is a professor at University of Texas MD Anderson Cancer Center. Lozano is recognised for her studies of the p53 tumour suppressor pathway, characterising the protein as a regulator of gene expression.

Kim Orth is the Earl A. Forsythe chair in biomedical science and professor of molecular biology and biochemistry at UT Southwestern. She is a Howard Hughes Medical Institute investigator and a member of the National Academy of Sciences. Her research focuses on bacterial pathogenesis.