Signer spent a decade as an investment banker in New York City, London, Zurich and Tokyo first with Nomura Securities Co. and later with Morgan Stanley. In 1998 he founded SIGNER Management, [3] a financial consultancy. He also lectures in the MBA program of SBS Swiss Business School.

The Strathclyde Business School (SBS) is one of four faculties forming the University of Strathclyde in Glasgow, Scotland. Founded in 1948, the school is located on Cathedral Street within the John Anderson campus of the University. It offers courses for business education and management development.

International Institute for Management Development (IMD) is a business education school located in Lausanne, Switzerland. It specializes in executive education offering open enrollment programs for senior executives, as well as longer-term educational engagements that are customized for senior executives of a particular company. IMD is well known for its MBA program, which is taught in English and consistently ranked among the best in the world.

Julius Bär Group AG, known alternatively as Julius Baer Group Ltd., is a private banking corporation founded and based in Switzerland. Headquartered in Zürich, it is among the older Swiss banking institutions. In terms of assets under management, Julius Baer is number three among Swiss banks after the two generalists UBS and Credit Suisse and the biggest pure-play private bank.

Kuehne + Nagel International AG is a global transport and logistics company based in Schindellegi, Switzerland. It was founded in 1890, in Bremen, Germany, by August Kühne and Friedrich Nagel. It provides sea freight and airfreight forwarding, contract logistics, and overland businesses. In 2010, Kuehne + Nagel was the leading global freight forwarder, accounting for nearly 15% of the world's air and sea freight business by revenue, ahead of DHL Global Forwarding, DB Schenker Logistics, and Panalpina. As of 2017, it has more than 1,336 offices in 109 countries, with around 82,000 employees.

VapianoSE is a German restaurant franchise company headquartered in Cologne. The chain's restaurants offer Italian food adhering to the fast-casual principle. Vapiano was established in 2002 in Hamburg. Its largest shareholder since 2011 is the private equity firm, Mayfair Vermögensverwaltung. Roughly one-third of the restaurants are operated by the company itself, but the majority are run as franchise or as joint ventures. In April 2017, Vapiano had 180 locations in 31 countries, including Australia, China, Egypt and the United States. On 20 March 2020, Vapiano announced its cash-flow insolvency due to a sharp drop in sales after most restaurants had to close due to the COVID-19 pandemic.

Master of Science in Management, abbreviated MSc, MScM, MIM or MSM, is a Master of Science academic degree. In terms of content, it is similar to the MBA degree as it contains general management courses.

Marten Hoekstra is an American business executive in the financial industry. 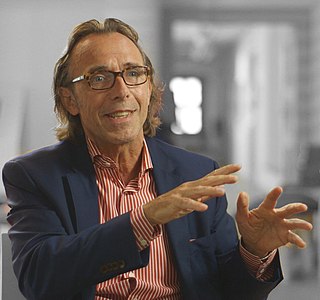 Thomas Druyen is a German sociologist and director of two institutes at the Sigmund Freud Private University in Vienna. In addition to his work as a speaker and author - especially on philosophical and contemporary topics - Druyen focuses his research on the psychological and neural conditions as well as the accompanying phenomena of shaping the future, digitization and demographic change. He also deals with the psychology and life of the wealthy. As one of the most important researchers in the field of wealth research, Druyen is regularly present in various print and audiovisual media. 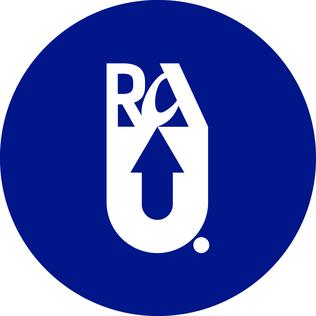 Susan Lynne Wagner is an American financial executive. Wagner is one of the co-founders of BlackRock, an American multinational investment management corporation, and served there in the capacities of vice chairman and chief operating officer. BlackRock is the largest asset management firm in the world with $8.67 trillion in assets under management as of May 2021.

Edgar Berger is the Chief Executive Officer of the AutoScout24 Group since April 2020. He has more than 25 years of experience in the media, entertainment and tech sector. Berger held the position of chairman and CEO international of Sony Music Entertainment from 2011 to 2017, responsible for business outside the United States, before being replaced by Rob Stringer. Previously, Berger worked for Bertelsmann, RTL and Roland Berger Strategy Consultants. He has been on the board of the German Music Industry Association.

Stockholm Business School is one of the largest academic departments at Stockholm University with around 3 500 students and 120 researchers/lecturers. SBS offers BSc, MSc programmes along with PhD. Through close ties with other academic departments and regular collaborations with key business actors, the School has become a melting pot for interdisciplinary research and education generating new perspectives on current topics within business and beyond.

Bilanz is a German language biweekly business magazine published in Zurich, Switzerland. In 2014, the magazine started its edition published in Germany.

Carsten Jens Maschmeyer is a German billionaire businessman, investor, and panel member of the German investment television series Die Höhle der Löwen. He is the founder and owner of the Maschmeyer Group which combines all of his current business activities. Through ALSTIN he invests growth capital in emerging industries and future markets with outstanding innovations in sectors like the Internet, technology, and life sciences. Through Paladin Asset Management, his team undertakes value investments in publicly listed companies. Through Seed & Speed, Maschmeyer provides seed investments to very early-stage companies.

The EOS Group is a holding company that operates financial services companies with locations in Europe, the United States and Canada. Its core activity is receivables management including receivables purchasing and debt collection. The group, which has its headquarters in Hamburg, is part of the Otto Group.

Rüdiger Fahlenbrach is a German economist specialised in finance. He is a professor of finance at EPFL and holds the Swiss Finance Institute Senior Research Chair.