Thomas Stratos (born 9 October 1966) is a German-Greek football coach and a former player who manages German team Fortuna Köln in the Regionalliga West. [1] 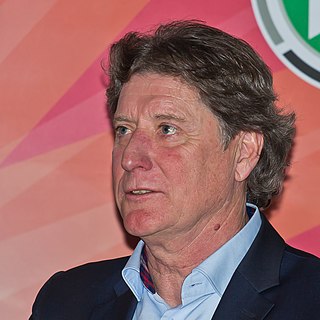 Harald Anton Schumacher, commonly known as Toni Schumacher, is a German former footballer who played as a goalkeeper. At club level, he won a Bundesliga title and three DFB-Pokal titles with 1. FC Köln. At international level he represented West Germany. He won the 1980 European Championship, and lost two World Cup finals, in 1982 and 1986. In the 1982 FIFA World Cup semi-final he controversially collided with and seriously injured French defender Patrick Battiston. He was voted Footballer of the Year in Germany in 1984 and 1986. Since April 2012, he has served as vice president at 1. FC Köln. 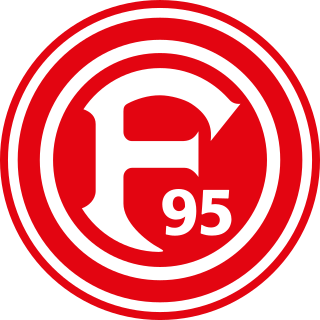 Fortuna Düsseldorf is a German football club in Düsseldorf, North Rhine-Westphalia. Founded in 1895, Fortuna entered the league in 1913 and was a fixture in the top flight from the early 1920s up to the creation of the Bundesliga in 1963. 2019–20 is their 25th season in the Bundesliga and the second in a row since getting promoted from the 2. Bundesliga in the 2017–18 season.

Norbert Meier is a German former football player, who played as a midfielder, and manager who last managed KFC Uerdingen. 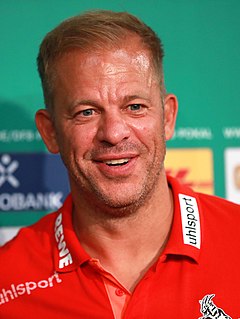 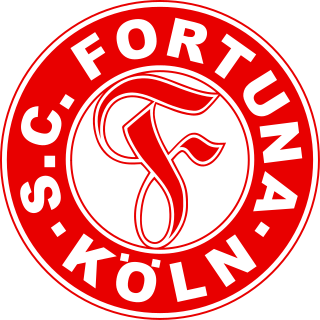 The 1999–2000 2. Bundesliga season was the twenty-sixth season of the 2. Bundesliga, the second tier of the German football league system.

The 1994–95 DFB-Pokal was the 52nd season of the annual German football cup competition. 64 teams competed in the tournament of six rounds which began on 13 August 1994 and ended on 24 June 1995. In the final Borussia Mönchengladbach defeated VfL Wolfsburg 3–0 thereby claiming their third title.

Hans-Jürgen Gede is a German football coach and former player.

Hans-Günter Neues was a German football player and coach. As a player, he spent nine seasons in the Bundesliga with SC Fortuna Köln, Rot-Weiss Essen and 1. FC Kaiserslautern. He died of cancer in 2016.

Hans "Jean" Löring was a German football player and executive best known for his role as chairman of SC Fortuna Köln, a role he filled for over 30 years, from 1967 to 2001.

Uwe Koschinat is a German former footballer who is now manager of SV Sandhausen.

The 2013–14 Fortuna Düsseldorf season is the 119th season in the club's football history. 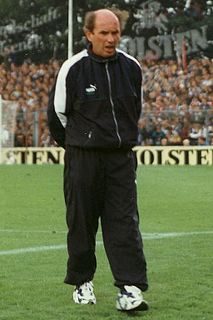 Stefan Ruthenbeck is a former German football player who last managed 1. FC Köln. He played as a defender.

André Poggenborg is a German footballer who most recently played for Fortuna Köln. 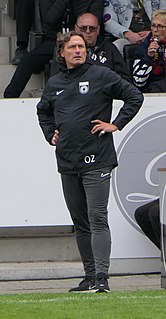