He was born in Armagh to an Anglican family. He attended Belfast Academy and Queens University before travelling to Manchester and Liverpool following his father's death. He spent three years in Africa before arriving in Sydney around 1881, where he commenced legal studies. He established a frozen meat export company, moving to Liverpool after its failure around 1884. By 1890 he was a long-serving member of Liverpool Council and was twice the mayor. In 1900 he was elected to the New South Wales Legislative Assembly in a by-election for the seat of Canterbury; he defeated sitting member Sydney Smith and does not appear to have belonged to any of the political parties of the time. Defeated by the Liberal candidate in 1901, he did not win office again, although he ran unsuccessfully for several more state and federal elections. [1] 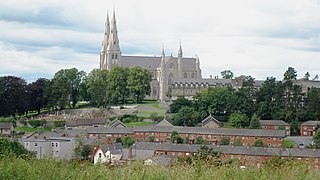 Armagh is the county town of County Armagh and a city in Northern Ireland, as well as a civil parish. It is the ecclesiastical capital of Ireland – the seat of the Archbishops of Armagh, the Primates of All Ireland for both the Roman Catholic Church and the Church of Ireland. In ancient times, nearby Navan Fort was a pagan ceremonial site and one of the great royal capitals of Gaelic Ireland. Today, Armagh is home to two cathedrals and the Armagh Observatory, and is known for its Georgian architecture. 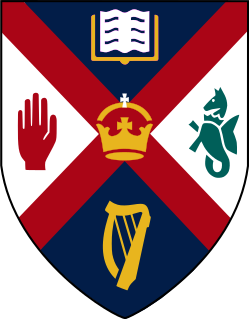 Queen's University Belfast is a public research university in Belfast, Northern Ireland. The university was chartered in 1845, and opened in 1849 as "Queen's College, Belfast". 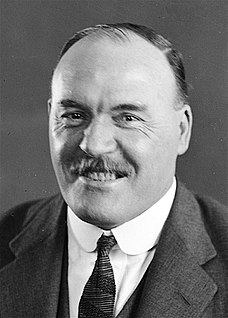 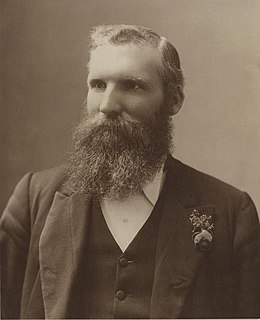 Adolphus George Taylor was an Australian journalist and politician, elected as a member of the New South Wales Legislative Assembly.

Thomas James Lavelle was an Australian politician. He was born in Liverpool, New South Wales, and received a primary education. He worked variously as a farmer, a canecutter and a railworker, before becoming an organiser of the Australian Workers' Union. In 1919, he was elected to the Australian House of Representatives as the Labor member for Calare, defeating Nationalist MP Henry Pigott. He held the seat until 1922, when he was defeated by Nationalist Neville Howse. He subsequently became an insurance salesman and public servant. He died in 1944.

Francis Clarke was an Australian politician.

This is a list of members of the New South Wales Legislative Assembly from 1874 to 1877. Elections for the eighth Legislative Assembly were held between 8 December 1874 and 12 January 1875 with parliament first meeting on 27 January 1875. There were 72 members elected for 52 single member electorates, 6 two member electorates and 2 four member electorates. During this parliament the number of graduates of Sydney University exceeded 100 and the seat of University of Sydney was created. The maximum term of this parliament was 3 years and the assembly was dissolved after 34 months. Premiers during this parliament were John Robertson 9 February 1875 till 22 March 1877 and from 17 August 1877 and Henry Parkes 22 March 1877 till 17 August 1877

George Paciullo, OAM was an Australian politician. He was the Labor member for Liverpool in the New South Wales Legislative Assembly from 1971 to 1989, and served as a minister from 1984 to 1988.

Alfred William Yeo was an Australian politician. He was a Country Party member of the New South Wales Legislative Assembly from 1932 to 1941, representing the electorate of Castlereagh.

John McElhone was an Australian politician.

Marshall Burdekin was an Australian politician.

This is a list of candidates for the 1859 New South Wales colonial election. The election was held from 9 June to 7 July 1859.