Last updated June 10, 2022
One of the two chambers of the Parliament of New South Wales

The Assembly has 93 members, elected by single-member constituency, which are commonly known as seats. Voting is by the optional preferential system. [1]

The Assembly is often called the bearpit on the basis of the house's reputation for confrontational style during heated moments and the "savage political theatre and the bloodlust of its professional players" [3] attributed in part to executive dominance. [4]

The Legislative Assembly was created in 1856 with the introduction of a bicameral parliament for the Crown Colony of New South Wales. [5] In the beginning, only men were eligible to be members of the Assembly, and only around one half of men were able to pass the property or income qualifications required to vote. Two years later, the Electoral Reform Act, which was passed despite the opposition of the Legislative Council, saw the introduction of a far more democratic system, allowing any man who had been resident in the colony for six months the right to vote, and removing property requirements to stand as a candidate. [5] Following Australia's federation in 1901, the New South Wales parliament became a State legislature. Women were granted the right to vote in 1902, and gained the right to be members of the Assembly in 1918, [6] with the first successful candidate being elected in 1925. [7]

Most legislation is initiated in the Legislative Assembly. The party or coalition with a majority of seats in the lower house is invited by the Governor to form government. The leader of that party subsequently becomes Premier of New South Wales, and their senior colleagues become ministers responsible for various portfolios. As Australian political parties traditionally vote along party lines, most legislation introduced by the governing party will pass through the Legislative Assembly. [1]

As with the federal parliament and other Australian states and territories, voting in the Assembly is compulsory for all those over the age of 18. Elections are held every four years on the fourth Saturday in March, as the result of a 1995 referendum to amend the New South Wales Constitution. [1] [lower-alpha 2] An early election can only be held if the government fails a vote of no confidence and no alternative government can command a vote of confidence. [10]

The ceremonial duties of the serjeant-at-arms are as the custodian of the mace, the symbol of the authority of the House and the speaker, and as the messenger for formal messages from the Legislative Assembly to the Legislative Council. The serjeant has the authority to remove disorderly people, by force if necessary, from the Assembly or the public or press galleries on the instructions of the speaker. The administrative duties of the serjeant include allocation of office accommodation, furniture and fittings for members' offices, co-ordination of car transport for members, mail and courier services for the House, security for the House and arrangements for school visits. Once a meeting has started in an Assembly, the serjeant will usually stand at the door to keep authority and make sure no one else comes in or out. The following have served as serjeant-at-arms: 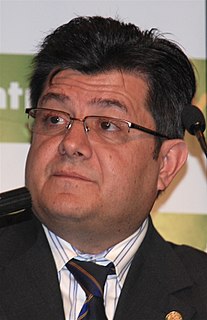 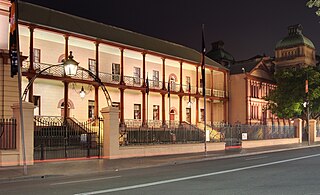 The Parliament House in Sydney is a heritage-listed complex of buildings housing the Parliament of the state of New South Wales, Australia. The building is located on the east side of Macquarie Street in Sydney, the state capital. The façade consists of a two-storey Georgian building, the oldest public building in the City of Sydney, flanked by two Neo-gothic additions containing the parliamentary chambers. These buildings are linked to a 1970s 12-storey block at the rear, facing onto the Domain. It is also known as Parliament of New South Wales, Parliamentary Precincts and the Rum Hospital.

Daryl William Maguire is an Australian former politician who was a member of the New South Wales Legislative Assembly representing Wagga Wagga for the Liberal Party from 1999 to 2018. On 30 March 2011, Maguire was appointed to Government Whip in the O'Farrell-Stoner Liberal/National coalition government; he had been Opposition Whip for the Coalition since 2003. On 13 July 2018, after admitting at a corruption inquiry that he sought payment over a property deal, Maguire resigned from the Liberal Party and resigned from Parliament on 3 August. Between 2013 and August 2020, Maguire had an "intimate" relationship with Gladys Berejiklian, who became Premier of New South Wales during that time. He had been estranged from his wife since 2013, and divorce proceedings started in 2018. 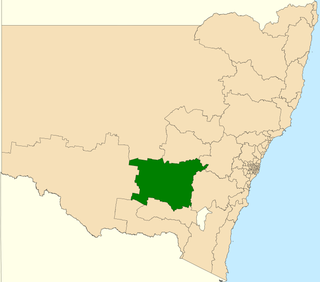 Cootamundra is an electoral district of the Legislative Assembly in the Australian state of New South Wales. 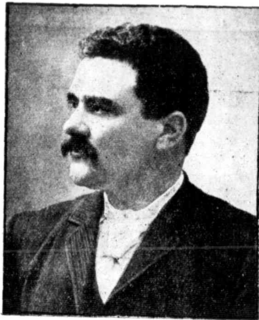 William Patrick Crick was an Australian politician, solicitor and newspaper proprietor. He was described by author Cyril Pearl as an irresistible demagogue, who "looked like a prize fighter, dressed like a tramp, talked like a bullocky, and to complete the pattern of popular virtues, owned champion horses which he backed heavily and recklessly."

Murray is an electoral district in the Australian state of New South Wales.

Members of the New South Wales Legislative Assembly who served in the 25th parliament of New South Wales held their seats from 1920 to 1922. They were elected at the 1920 state election on 20 March 1920. The Speaker was Daniel Levy with the exception of 13–20 December 1921 when he was replaced by Simon Hickey. 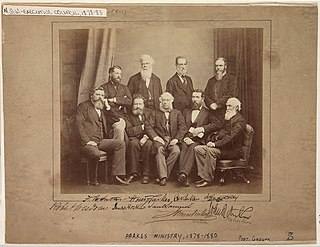 The third Parkes ministry was the nineteenth ministry of the Colony of New South Wales, and was led by Sir Henry Parkes in a coalition with Sir John Robertson. It was the third of five occasions that Parkes was Leader of the Government. 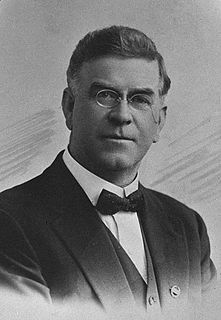 The Storey ministry was the 37th ministry of the New South Wales Government, and was led by the 20th Premier, John Storey. 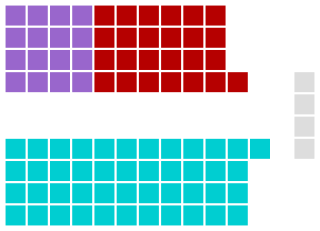 The 1904 New South Wales state election was held on 6 August 1904 for all of the 90 seats in the 20th New South Wales Legislative Assembly and it was conducted in single-member constituencies with a first past the post voting system. For the first time, women were entitled to vote. Both adult males and females were entitled to vote, but not Indigenous people. The 19th parliament of New South Wales was dissolved on 16 July 1904 by the Governor, Sir Harry Rawson, on the advice of the Premier, Thomas Waddell. 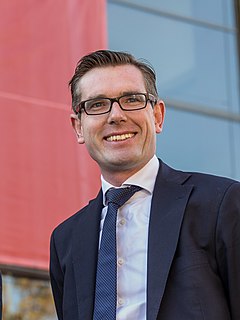 A by-election was held for the New South Wales Legislative Assembly electorate of West Macquarie on 6 December 1890 because Paddy Crick (Protectionist) was expelled for outrageous behaviour in the chamber.