Matters are heard before a single magistrate sitting without a jury, addressed as "Your Honour" or "Sir" (but no longer "Your worship"). [1] The Local Court has no jurisdiction for claims in equity.

On appeal, matters may be heard by the District Court of New South Wales including appeals against the sentence or conviction decided in the Local Court. [2]

The Chief Magistrate of the Local Court is Judge Graeme Henson, appointed in 2006. [3]

The first Court of Petty Session's courthouse was constructed in 1821 at Windsor, 56 kilometres (35 mi) northwest of Sydney. [5]

The Local Court of New South Wales hears civil matters of a monetary value of up to $100,000; mental health matters; family law and/or child care matters; adult criminal proceedings, including committal hearings, and summary prosecutions for summary offences (i.e., offences of a less serious nature) and indictable offences; licensing issues (as the Licensing Court); industrial matters; and mining matters. [6] [7] In addition to this, the Local Court, via its Small Claims Division, hears claims for less than $10,000 and also hears applications for Apprehended Violence Orders (AVOs). The local court has limited jurisdiction under the Family Law Act 1975 (Cth) to hear and determine family law matters. The local court can deal with applications such as property settlements and residence orders. [8]

A magistrate can imprison offenders for no more than two years per sentence and no more than the maximum of five years for multiple sentences.

The Children's Court is a division within the Local Court that hears matters involving minors, or those that have not yet reached the age of 18, and is a closed court (i.e., the general public may not attend). The press can attend but may not publish the identity of the offender.

The Coroner's Court is another division within the Local Court that investigates violent or unnatural deaths, suspicious fires and/or explosions, but it cannot make orders to punish offenders. Coroners may, however, terminate their proceedings and pass on their findings onto state or federal Directors of Public Prosecutions for initiation of proceedings in another court at their discretion. 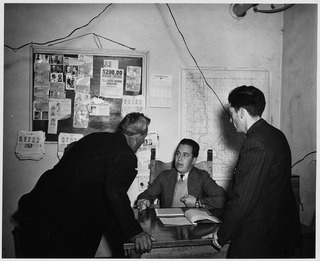 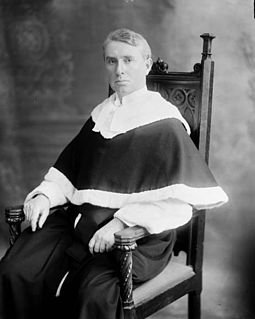 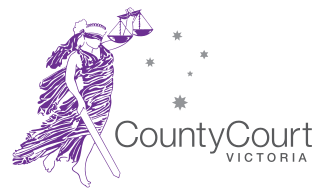 The County Court of Victoria is the intermediate court in the Australian state of Victoria. It is equivalent to district courts in the other states.

The Children's Court of New South Wales is a court within the Australian court hierarchy established pursuant to the Children's Court Act 1987 (NSW) which deals with criminal offences committed by children aged over 10 years and under 18 years, as well as with proceedings relating to the care and protection of children. The court commenced on 18 January 1988.

The Justices of the Peace Act 1361 is an Act of the Parliament of England. The Act, although amended, remains enforceable in England and Wales in 2018.