In comparison with the upper house, lower houses frequently display certain characteristics (though they vary per jurisdiction).

Many lower houses are named in manners such as these:

A legislature is an assembly with the authority to make laws for a political entity such as a country or city. They are often contrasted with the executive and judicial branches of parliamentary government in the separation of powers model. 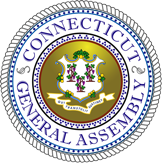 The Maryland House of Delegates is the lower house of the legislature of the State of Maryland. It consists of 141 delegates elected from 47 districts. The House of Delegates Chamber is in the Maryland State House on State Circle in Annapolis, the state capital. The State House also houses the Maryland State Senate Chamber and the offices of the Governor and Lieutenant Governor of the State of Maryland. Each delegate has offices in Annapolis, in the nearby Casper R. Taylor Jr. House Office Building. 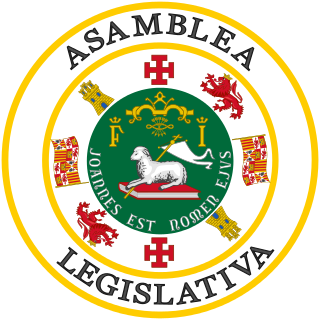 The Legislative Assembly of Puerto Rico is the territorial legislature of the Commonwealth of Puerto Rico, responsible for the legislative branch of the government of Puerto Rico. The Assembly is a bicameral legislature consisting of an upper house, the Senate normally composed of 27 senators, and the lower house, the House of Representatives normally consisting of 51 representatives. Eleven members of each house are elected at-large rather than from a specific legislative district with all members being elected for a four-year term without term limits.

The Senate is the Upper House of the bicameral legislature the Parliament of Barbados. The Senate is accorded legitimacy by Chapter V of the Constitution of Barbados. It is the smallest of the two chambers and also includes Elizabeth II, Queen of Barbados. The Senate was established in 1964 to replace a prior body known as the Legislative Council. Besides creating and reviewing Barbadian legislation, the Senate generally reviews approved legislation originating from the House of Assembly. One main constraint on the Senate is that it cannot author monetary or budget-related bills. Most of the non-political appointees to the Senate have been selected by the Governor General from civil society organisations, labour collectives and public associations in Barbados.