The following outline is provided as an overview of and topical guide to politics and political science:

Politics – the exercise of power; process by which groups of people make collective decisions. Politics is the art or science of running governmental or state affairs (including behavior within civil governments), institutions, fields, and special interest groups such as the corporate, academic, and religious segments of society.

Political science – the field concerning the theory and practice of politics and the description and analysis of political systems and political behavior.

Fields of study of political science

The separation of powers is typically set in the constitution or basic law in order to achieve checks and balances within government. The typical model has three branches, and is referred to as the trias politica.

Types of polities and forms of government

By level of social organisation

By source of power

Governments of the world

Left-wing politics describes the range of political ideologies that support and seek to achieve social equality and egalitarianism, often in opposition to social hierarchy. Left-wing politics typically involve a concern for those in society whom its adherents perceive as disadvantaged relative to others as well as a belief that there are unjustified inequalities that need to be reduced or abolished. Left-wing politics are also associated with popular or state control of major political and economic institutions. According to emeritus professor of economics Barry Clark, left-wing supporters "claim that human development flourishes when individuals engage in cooperative, mutually respectful relations that can thrive only when excessive differences in status, power, and wealth are eliminated." 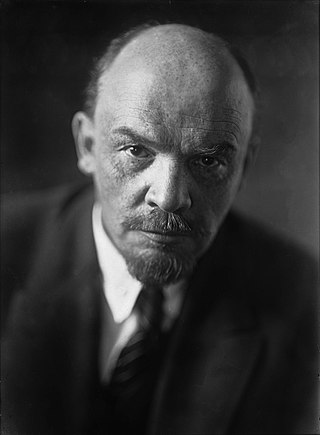 Leninism is a political ideology developed by Russian Marxist revolutionary Vladimir Lenin that proposes the establishment of the dictatorship of the proletariat led by a revolutionary vanguard party as the political prelude to the establishment of communism. The function of the Leninist vanguard party is to provide the working classes with the political consciousness and revolutionary leadership necessary to depose capitalism in the Russian Empire (1721–1917). Leninist revolutionary leadership is based upon The Communist Manifesto (1848), identifying the communist party as "the most advanced and resolute section of the working class parties of every country; that section which pushes forward all others." As the vanguard party, the Bolsheviks viewed history through the theoretical framework of dialectical materialism, which sanctioned political commitment to the successful overthrow of capitalism, and then to instituting socialism; and, as the revolutionary national government, to realise the socio-economic transition by all means.

Marxism–Leninism is a communist ideology that was the main communist movement throughout the 20th century. Developed by the Bolsheviks, it was the state ideology of the Soviet Union, Soviet satellite states in the Eastern Bloc, and various countries in the Non-Aligned Movement and Third World during the Cold War, as well as the Communist International after Bolshevisation. Today, Marxism–Leninism is the ideology of the ruling parties of China, Cuba, Laos and Vietnam, as well as many other Communist parties, while the state ideology of North Korea is derived from Marxism–Leninism. Marxist–Leninist states are commonly referred to as "communist states" by Western academics. Marxist–Leninists reject anarchism and left communism, as well as reformist socialism and social democracy. They oppose fascism, imperialism, and liberal democracy. Marxism–Leninism holds that a two-stage communist revolution is needed to replace capitalism. A vanguard party, organized through democratic centralism, would seize power on behalf of the proletariat and establish a one-party socialist state, called the dictatorship of the proletariat. The state would control the means of production, suppress opposition, counter-revolution, and the bourgeoisie, and promote Soviet collectivism, to pave the way for an eventual communist society that would be classless and stateless. 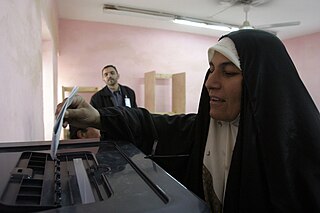 Politics is the set of activities that are associated with making decisions in groups, or other forms of power relations among individuals, such as the distribution of resources or status. The branch of social science that studies politics and government is referred to as political science.

Socialism is a political philosophy and movement encompassing a range of economic and social systems, which are characterised by social ownership of the means of production, with an emphasis on democratic control, such as workers' self-management, as opposed to private ownership. Socialism includes the political, social, and economic philosophies and movements associated with the proposal and implementention of such systems. Social ownership can be public, community, collective, cooperative, or employee. While no single definition encapsulates the many types of socialism, social ownership is the one common element, and is considered left-wing. Different types of socialism vary based on the role of markets and planning in resource allocation, on the structure of management in organizations, and from below or from above approaches, with some socialists favouring a party, state, or technocratic-driven approach. Socialists disagree on whether government, particularly existing government, is the correct vehicle for change. 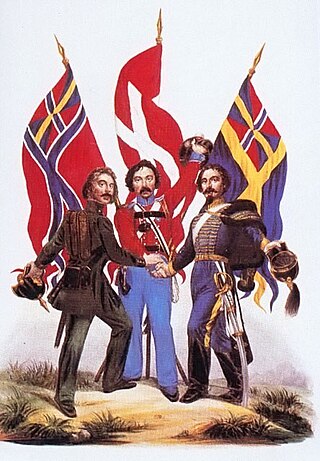 The left–right political spectrum is a system of classifying political positions characteristic of left–right politics, ideologies and political parties with emphasis placed upon issues of social equality and social hierarchy. In addition to positions on the left and on the right, there are centrists or moderates who are not strongly aligned with either end of the spectrum.

The nature of capitalism is criticized by left-wing anarchists, who reject hierarchy and advocate stateless societies based on non-hierarchical voluntary associations. Anarchism is generally defined as the libertarian philosophy which holds the state to be undesirable, unnecessary and harmful as well as opposing authoritarianism, illegitimate authority and hierarchical organization in the conduct of human relations. Capitalism is generally considered by scholars to be an economic system that includes private ownership of the means of production, creation of goods or services for profit or income, the accumulation of capital, competitive markets, voluntary exchange and wage labor which has generally been opposed by anarchists historically. Since capitalism is variously defined by sources and there is no general consensus among scholars on the definition nor on how the term should be used as a historical category, the designation is applied to a variety of historical cases, varying in time, geography, politics and culture. 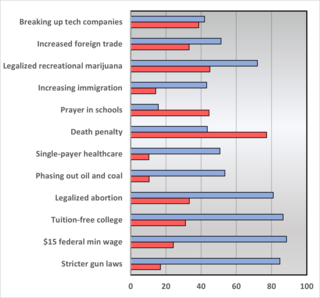 American political ideologies conventionally align with the left–right political spectrum, with most Americans identifying as conservative, liberal, or moderate. Contemporary American conservatism includes social conservatism, classical liberalism and economic liberalism. The former ideology developed as a response to communism and the civil rights movement, while the latter two ideologies developed as a response to the New Deal. Contemporary American liberalism includes progressivism, welfare capitalism and social liberalism, developing during the Progressive Era and the Great Depression. Besides modern conservatism and liberalism, the United States has a notable libertarian movement, and historical political movements in the United States have been shaped by ideologies as varied as republicanism, populism, separatism, socialism, monarchism, and nationalism.

Politics is the process by which groups of people make decisions. Although the term is generally applied to behavior within civil governments, politics is observed in all human group interactions, including corporate, academic, and religious institutions. Politics consists of "social relations involving authority or power. The definition of "politics" from "The Free Dictionary" is the study of political behavior and examines the acquisition and application of power. Politics study include political philosophy, which seeks a rationale for politics and an ethic of public behavior, and public administration, which examines the practices of governance.

State socialism is a political and economic ideology within the socialist movement that advocates state ownership of the means of production. This is intended either as a temporary measure, or as a characteristic of socialism in the transition from the capitalist to the socialist mode of production or to a communist society. State socialism was first theorised by Ferdinand Lassalle. It advocates a planned economy controlled by the state in which all industries and natural resources are state-owned.

Types of socialism include a range of economic and social systems characterised by social ownership and democratic control of the means of production and organizational self-management of enterprises as well as the political theories and movements associated with socialism. Social ownership may refer to forms of public, collective or cooperative ownership, or to citizen ownership of equity in which surplus value goes to the working class and hence society as a whole. There are many varieties of socialism and no single definition encapsulates all of them, but social ownership is the common element shared by its various forms. Socialists disagree about the degree to which social control or regulation of the economy is necessary, how far society should intervene, and whether government, particularly existing government, is the correct vehicle for change.

Anarchism and libertarianism, as broad political ideologies with manifold historical and contemporary meanings, have contested definitions. Their adherents have a pluralistic and overlapping tradition that makes precise definition of the political ideology difficult or impossible, compounded by a lack of common features, differing priorities of subgroups, lack of academic acceptance, and contentious, historical usage.