Legislative power is vested in both the government and the National Assembly. The judiciary is independent of the executive and the legislature.

In 1995, the executive and legislative branches negotiated a reform of the 1987 Sandinista constitution which gave extensive new powers and independence to the National Assembly, including permitting the Assembly to override a presidential veto with a simple majority vote and eliminating the president's ability to pocket veto a bill. Members of the unicameral National Assembly are elected to concurrent five-year terms.

The president and the vice president are elected for a single five-year term. With the reform of the constitution in 2014 the ban on re-election of the president has been removed. [2] The president appoints the Council of Ministers.

The National Assembly (Asamblea Nacional) consists of 90 deputies elected from party lists drawn at the department and national level, plus the outgoing president and the runner-up in the presidential race, for a total of 92. In the 2011 elections, the Sandinista National Liberation Front won 63 seats (securing a majority), the Independent Liberal Party won 27 seats, and the Constitutionalist Liberal Party won 2 seats. This includes seats given to outgoing Vice President Jaime Morales Carazo and presidential runner-up Fabio Gadea Mantilla.

Outgoing Vice President Jaime Morales Carazot's seat would usually be given to the outgoing president. However, Danial Ortega was re-elected after the Constitution was modified to remove term limits.

The Supreme Court of Justice supervises the functioning of the still largely ineffective and overburdened judicial system. As part of the 1995 constitutional reforms, the independence of the Supreme Court was strengthened by increasing the number of magistrates from 9 to 12. In 2000, the number of Supreme Court Justices was increased to 16. Supreme Court justices are nominated by the political parties and elected to 5-year terms by the National Assembly.

Led by a council of seven magistrates, the Supreme Electoral Council (CSE) is the co-equal branch of government responsible for organizing and conducting elections, plebiscites, and referendums. The magistrates and their alternates are elected to 5-year terms by the National Assembly. Constitutional changes in 2000 expanded the number of CSE magistrates from five to seven and gave the PLC and the FSLN a freer hand to name party activists to the council, prompting allegations that both parties were politicizing electoral institutions and processes and excluding smaller political parties.

Freedom of speech is a right guaranteed by the Nicaraguan constitution, but media has come under censorship from time to time. [3] [4] [5] Other constitutional freedoms include peaceful assembly and association, freedom of religion, and freedom of movement within the country, as well as foreign travel, emigration, and repatriation. The government also permits domestic and international human rights monitors to operate freely in Nicaragua.

All public and private sector workers, except the military and the police, are entitled to form and join unions of their own choosing, and they exercise this right extensively. [6] Nearly half of Nicaragua's work force, including agricultural workers, is unionized. [7] Workers have the right to strike. Collective bargaining is becoming more common in the private sector. [8]

Nicaragua President Daniel Ortega said March 6, 2008 that the nation is breaking relations with Colombia "in solidarity with the Ecuadoran people", following the 2008 Andean diplomatic crisis. [9] The relations were restored soon after.

Some political pressure groups are: 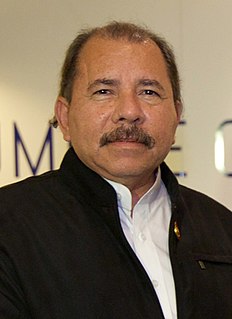 The Sandinista National Liberation Front is a socialist political party in Nicaragua. Its members are called Sandinistas in both English and Spanish. The party is named after Augusto César Sandino, who led the Nicaraguan resistance against the United States occupation of Nicaragua in the 1930s.

Popular Action Movement - Marxist–Leninist is a Hoxhaist communist party in Nicaragua that surged out of a split from the Sandinista National Liberation Front (FSLN) in the early 1970s. Since 1985 it is officially named the Marxist–Leninist Party of Nicaragua, but the original name MAP-ML is far more known and has been used when participating in elections.

The National Assembly is the legislative branch of the government of Nicaragua founded in 1986 to replace the bicameral National Congress of Nicaragua, which consisted of two chambers.

Miguel Obando y Bravo, SDB was a Nicaraguan prelate of the Catholic Church. He was the Archbishop of Managua from 1970 to 2005. Pope John Paul II created him a cardinal in 1985.

The Nicaraguan Workers' Centre (CTN) is a national trade union center in Nicaragua. It was formed in 1962 as the Nicaraguan Autonomous Trade Union Movement (MOSAN), and changed its name to the CTN in 1972. 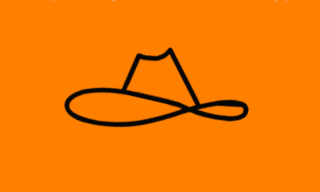 General elections were held in Nicaragua on 25 February 1990 to elect the President and the members of the National Assembly. The result was a victory for the National Opposition Union (UNO), whose presidential candidate Violeta Chamorro surprisingly defeated incumbent president Daniel Ortega of the Sandinista National Liberation Front (FSLN). This led to a historic peaceful and democratic transfer of power in Nicaragua.

General elections were held in Nicaragua on 6 November 2016 to elect the President, the National Assembly and members of the Central American Parliament. Incumbent President Daniel Ortega of the Sandinista National Liberation Front (FSLN) was re-elected for a third consecutive term amid charges he and the FSLN used their control of state resources to bypass constitutional term limits and hamstring political rivals. The FSLN benefited from strong economic growth and relatively low levels of crime compared to neighbouring countries. 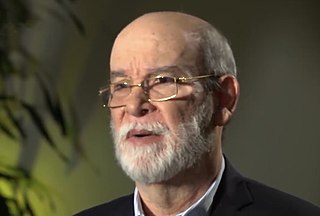 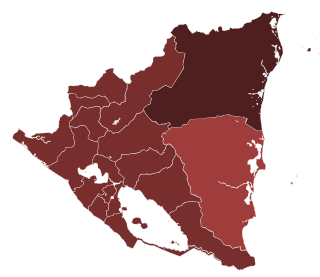 General elections were held in Nicaragua on 7 November 2021 to elect the President, the National Assembly and members of the Central American Parliament.

Alba Luz Ramos Vanegas is a Nicaraguan lawyer and judge. A member of the Sandinista National Liberation Front since the 1970s, she began her career as a civil servant in the 1980s and joined the Supreme Court of Justice as a magistrate in 1988. She became the body’s president in 2002–2003, and resumed the position in 2010. She has held it continuously since then.