A territory is an area of land, sea, or space, belonging or connected to a particular country, person, or animal. [1]

In international politics, a territory is either the total area from which a state may extract power resources [2] or else an administrative division, i.e. an area that is under the jurisdiction of a sovereign state.

As a subdivision, a territory in most countries is an organized division of an area that is controlled by a country but is not formally developed into, [1] or incorporated into, a political unit of that country, which political units are of equal status to one another and are often referred to by words such as "provinces", "regions", or "states". In its narrower sense, it is "a geographic region, such as a colonial possession, that is dependent on an external government." [3]

The origins of the word "territory" begin with the Proto-Indo-European root ters ('to dry'). [4] From this emerged the Latin word terra ('earth, land') and later the Latin word territorium ('land around a town'). [5] [6] Territory made its debut as a word in Middle English during the 14th century. At this point the suffix -orium, which denotes place, was replaced with -ory which also expresses place. [7]

Examples for different types of territory include the following:

A federal territory is an area within the direct and usually exclusive jurisdiction of the central or national government within a federation.

Canada has three federal territories in addition to its 10 provinces. The territories are officially under the direct control of the federal government and are created by statute (while provinces had constitutional jurisdiction), but in practice they operate similar to provinces.

Each territory has a premier, legislative assembly, and Commissioner (who performs a similar role to a lieutenant governor).

The territories are, from west to east, the Yukon, the Northwest Territories, and Nunavut.

Overseas territory is a broad designation for a territorial entity that is separated from the country that governs it by an ocean. An overseas territory may be either a constituent part of the governing state or a dependent territory. 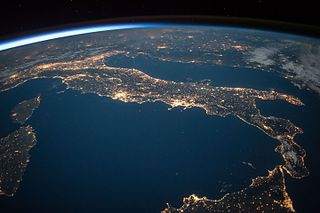 A central government is the government that is a controlling power over a unitary state. Another distinct but sovereign political entity is a federal government, which may have distinct powers at various levels of government, authorized or delegated to it by the Federation and mutually agreed upon by each of the federated states. Though inappropriate, the adjective "central" is also sometimes used to describe the government of a federation, such as in India.

An autonomous administrative division is a subnational administrative division or internal territory of a sovereign state that has a degree of autonomy—self-governance—under the national government. Autonomous areas are distinct from the constituent units of a federation in that they possess unique powers for their given circumstances. Typically, it is either geographically distinct from the rest of the state or populated by a national minority. Decentralization of self-governing powers and functions to such divisions is a way for a national government to try to increase democratic participation or administrative efficiency or to defuse internal conflicts. States that include autonomous areas may be federacies, federations, or confederations. Autonomous areas can be divided into territorial autonomies, subregional territorial autonomies, and local autonomies.

A federacy is a form of government where one or several substate units enjoy considerably more independence than the majority of the substate units. To some extent, such an arrangement can be considered to be similar to asymmetric federalism.