Hromada (Ukrainian : територіальна громада, lit.  'territorial community') is a basic unit of administrative division in Ukraine established by the Government of Ukraine on 12 June 2020. [1] Similar terms exist in Poland ( gromada ) and in Belarus ( hramada ). The literal translation of this term is "community".

In history of Ukraine and Belarus such associations appeared first as village communities, which gathered their meetings for discussing and resolving current issues. In the 19th century there were a number of political organizations with the same name.[ citation needed ]

Prior to 2020, the basic units of administrative division in Ukraine were Rural council, Settlement council and City council which were often referred to by the generic term hromada.

The Constitution of Ukraine and some other laws, including the "Law on local self-governance", delegate certain rights and obligations for "hromada". Types of hromadas include cities, urban-type settlements, rural settlements, and villages. In his draft constitutional amendments of June 2014 Ukrainian President Petro Poroshenko proposed changing the administrative divisions of Ukraine, which should include regions, districts and "hromadas". [2]

On 5 February 2015 the Ukrainian parliament adopted the law "On voluntary association of territorial communities", which creates new "amalgamated hromadas", whereby various types of hromadas including settlement councils, rural councils and cities of district significance can merge to form a new unified administrative unit. [3] New local elections in these united territorial communities have since been held. [4]

On 12 June 2020 the Cabinet of Ministers of Ukraine established the basic level of administrative division of Ukraine covering its whole territory except for Crimea. All previously established amalgamated hromadas, as well as preexisting hromadas, were subsumed by new units called simply hromadas or territorial communities (Ukrainian: територіальна громада, romanized:terytorialna hromada). [1]

Types of administrative tasks and objectives

Each hromada carries out two types of task: own and commissioned. Own tasks are public tasks exercised by self-government, which serve to satisfy the needs of the community. The tasks can be twofold:

Commissioned tasks cover the remaining public tasks resulting from legitimate needs of the state, commissioned by central government for the units of local government to implement. The tasks are handed over on the basis of statutory by-laws, charters and regulations, or by way of agreements between the self-government units and central-government administration.

The politics of Ukraine take place in a framework of a semi-presidential representative democratic republic and of a multi-party system. A Cabinet of Ministers exercises executive power. Legislative power is vested in the parliament. Taras Kuzio described Ukraine's political system in 2009 as "weak, fractured, highly personal and ideologically vacuous while the judiciary and media fail to hold politicians to account". Kuzio has categorised the Ukrainian state as "over-centralised" - both as a legacy of the Soviet system and caused by a fear of separatism. Corruption in Ukraine is rampant, and widely cited - at home and abroad - as a defining characteristic of Ukrainian society, politics and government. 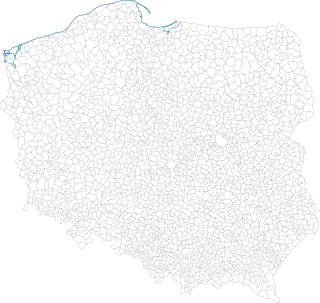 Petro Oleksiyovych Poroshenko is a Ukrainian businessman and politician who served as the fifth President of Ukraine from 2014 to 2019.

Pokrov, formerly Ordzhonikidze is a small city and mining town in Nikopol Raion, Dnipropetrovsk Oblast of central Ukraine. It hosts the administration of Pokrov urban hromada, one of the hromadas of Ukraine. Its population is approximately 38,570.

Hromada is a basic unit of administrative division in Ukraine.

Snap elections to the Verkhovna Rada took place on 26 October 2014.

On 25 October 2015 local elections took place in Ukraine. The elections were conducted a little over a year since the 2014 snap local elections, which were only held throughout parts of the country. A second round of voting for the election of mayors in cities with more than 90,000 residents where no candidate gained more than 50% of the votes were held on 15 November 2015.

Decentralisation in Ukraine is a series of reforms to give additional power and resources to local authorities. This process was intended to advance regional development and border reform. Successful steps have been taken. Angela Merkel, Georg Milbradt and Hugues Mingarelli praised the reforms.

Ternopil urban hromada is a hromada of Ukraine, in Ternopil Raion of Ternopil Oblast. Its administrative center is Ternopil.

Deliatyn settlement hromada is a hromada in Ukraine, in Nadvirna Raion of Ivano-Frankivsk Oblast. The administrative center is the urban-type settlement of Deliatyn.

Berezhany urban hromada, also known as Berezhany Hromada is a hromada of Ukraine, in Ternopil Raion of Ternopil Oblast. Its administrative center is Berezhany.

Rzhyshchiv urban hromada is a hromada in Ukraine, in Obukhiv Raion of Kyiv Oblast. The administrative center is the city of Rzhyshchiv.