Many countries have adopted this system with some different variations. Geographically and culturally, many of the municipalities are enclaves in the middle of provinces. Some occur in strategic positions in between provinces. 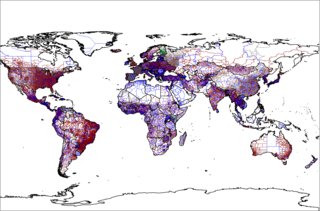 An administrative division, unit, entity, area or region, also referred to as a subnational entity, or constituent unit, is a portion of a country or other region delineated for the purpose of administration. Administrative divisions are granted a certain degree of autonomy and are usually required to manage themselves through their own local governments. Countries are divided up into these smaller units to make managing their land and the affairs of their people easier. A country may be divided into provinces, states, counties, cantons or other sub-units, which, in turn, may be divided in whole or in part into municipalities, counties or others.

Urban secession is a city's secession from its surrounding region to form a new political unit.

A county, constitutionally known as a hsien, is an administrative division unit in the Republic of China (Taiwan). Under the administrative structure of Taiwan, it is with the same level of a provincial city. Historically the counties were under the jurisdiction of provinces, but after the streamlining of provinces in 1998, they are all directly led by the central government.