Last updated September 22, 2022
Territorial and constitutional community forming part of a federal union
"Federated states" redirects here. For the western Pacific state, see Federated States of Micronesia.
Not to be confused with Federation.

A federated state (which may also be referred to as a state, a province, a region, a canton, a land, a governorate, an oblast, an emirate or a country) is a territorial and constitutional community forming part of a federation. [1] Such states differ from fully sovereign states, in that they do not have full sovereign powers, as the sovereign powers have been divided between the federated states and the central or federal government. Importantly, federated states do not have standing as entities of international law. Instead, the federal union as a single entity is the sovereign state for purposes of international law. [2] Depending on the constitutional structure of a particular federation, a federated state can hold various degrees of legislative, judicial, and administrative jurisdiction over a defined geographic territory and is a form of regional government.

In some cases, a federation is created from a union of political entities, which are either independent or dependent territories of another sovereign entity (most commonly a colonial power). [upper-alpha 1] In other cases, federated states have been created out of the administrative divisions of previously unitary states. [upper-alpha 2] Once a federal constitution is formed, the rules governing the relationship between federal and regional powers become part of the country's constitutional law and not international law.

In countries with federal constitutions, there is a division of power between the central government and the component states. These entities – states, provinces, counties, cantons, Länder, etc. - are partially self-governing and are afforded a degree of constitutionally guaranteed autonomy that varies substantially from one federation to another. [upper-alpha 3] Depending on the form the decentralization of powers takes, a federated state's legislative powers may or may not be overruled or vetoed by the federal government. Laws governing the relationship between federal and regional powers can be amended through the national or federal constitution, and, if they exist, state constitutions as well.

In terms of internal politics, federated states can have republican or monarchical forms of government. Those of republican form (federated republics) are usually called states (like states of the USA) or republics (like republics in the former USSR).

The "federated units" in the table below have inherent governmental authority in the federation's constitutional system, while the "other units" are delegated authority by the federal government or are administered directly by it. 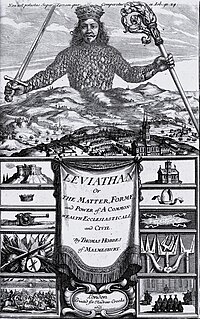 Sovereignty is the defining authority within an individual consciousness, social construct or territory. Sovereignty entails hierarchy within the state, as well as external autonomy for states. In any state, sovereignty is assigned to the person, body, or institution that has the ultimate authority over other people in order to establish a law or change an existing law. In political theory, sovereignty is a substantive term designating supreme legitimate authority over some polity. In international law, sovereignty is the exercise of power by a state. De jure sovereignty refers to the legal right to do so; de facto sovereignty refers to the factual ability to do so. This can become an issue of special concern upon the failure of the usual expectation that de jure and de facto sovereignty exist at the place and time of concern, and reside within the same organization. 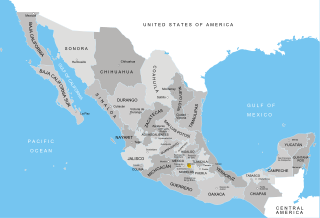 The United Mexican States is a federal republic composed of 32 Federal Entities: 31 states and Mexico City, an autonomous entity. According to the Constitution of 1917, the states of the federation are free and sovereign in all matters concerning their internal affairs. Each state has its own congress and constitution.

Secession is the withdrawal of a group from a larger entity, especially a political entity, but also from any organization, union or military alliance. Some of the most famous and significant secessions have been: the former Soviet republics leaving the Soviet Union, Texas leaving Mexico, Biafra leaving Nigeria and returning after losing the war, and Ireland leaving the United Kingdom. Threats of secession can be a strategy for achieving more limited goals. It is, therefore, a process, which commences once a group proclaims the act of secession. A secession attempt might be violent or peaceful, but the goal is the creation of a new state or entity independent from the group or territory it seceded from.

A confederation is a union of sovereign groups or states united for purposes of common action. Usually created by a treaty, confederations of states tend to be established for dealing with critical issues, such as defense, foreign relations, internal trade or currency, with the central government being required to provide support for all its members. Confederalism represents a main form of intergovernmentalism, which is defined as any form of interaction around states which takes place on the basis of sovereign independence or government.

State may refer to:

A central government is the government that is a controlling power over a unitary state. Another type of distinct but sovereign political entity is a federal government, which may have distinct powers at various levels of government, authorised or delegated to it by the federation and mutually agreed upon by each of the federated states. Though inappropriate, the adjective "central" is also sometimes used to describe the government of a federation.