States and union territories of India

The Indian subcontinent has been ruled by many different ethnic groups throughout its history, each instituting their own policies of administrative division in the region. [2] [3] [4] [5] [6] [7] [8] [9] [10] [11] [12] [ excessive citations ] The British Raj mostly retained the administrative structure of the preceding Mughal Empire. India was divided into provinces (also called Presidencies), directly governed by the British, and princely states, which were nominally controlled by a local prince or raja loyal to the British Empire, which held de facto sovereignty (suzerainty) over the princely states.

Between 1947 and 1950 the territories of the princely states were politically integrated into the Indian union. Most were merged into existing provinces; others were organised into new provinces, such as Rajasthan, Himachal Pradesh, Madhya Bharat, and Vindhya Pradesh, made up of multiple princely states; a few, including Mysore, Hyderabad, Bhopal, and Bilaspur, became separate provinces. The new Constitution of India, which came into force on 26 January 1950, made India a sovereign democratic republic. The new republic was also declared to be a "Union of States". [13] The constitution of 1950 distinguished between three main types of states:[ citation needed ]

Andhra State was created on 1 October 1953 from the Telugu-speaking northern districts of Madras State. [14]

The States Reorganisation Act, 1956 reorganised the states based on linguistic lines resulting in the creation of the new states. [20]

As a result of this act:

Bombay State was split into the linguistic states of Gujarat and Maharashtra on 1 May 1960 by the Bombay Reorganisation Act. [21] The former Union Territory of Nagaland achieved statehood on 1 December 1963. [22] The Punjab Reorganisation Act, 1966 resulted in the creation of Haryana on 1 November and the transfer of the northern districts of Punjab to Himachal Pradesh. [23] The act also designated Chandigarh as a union territory and the shared capital of Punjab and Haryana. [24] [25]

Madras State was renamed Tamil Nadu in 1969. The north-eastern states of Manipur, Meghalaya and Tripura were formed on 21 January 1972. [26] Mysore State was renamed Karnataka in 1973. On 16 May 1975, Sikkim became the 22nd state of the Indian Union and the state's monarchy was abolished. [27] In 1987, Arunachal Pradesh and Mizoram became states on 20 February, followed by Goa on 30 May, while erstwhile union territory of Goa, Daman and Diu's northern exclaves Damão and Diu became a separate union territory as Daman and Diu. [28]

Pondicherry was renamed Puducherry in 2007 and Orissa was renamed Odisha in 2011. Telangana was created on 2 June 2014 from ten former districts of north-western Andhra Pradesh. [33] [34]

The Constitution of India distributes the sovereign executive and legislative powers exercisable with respect to the territory of any State between the Union and that State. [63]

Lists of Indian people are lists of people from India. They are grouped by various criteria, including ethnicity, states and union territories and city.

Silvassa is a city and municipality in western India, and the headquarters of the Dadra and Nagar Haveli district. It was a part of the former Portuguese Goa and Damaon, and is today the largest city in Dadra and Nagar Haveli and Daman and Diu. Many large companies have established their manufacturing units there. The city has a large number of factories providing significant government revenue, which allows the city to maintain a low level of taxation. The city was chosen as one of the hundred Indian cities in Government of India's flagship Smart Cities Mission. 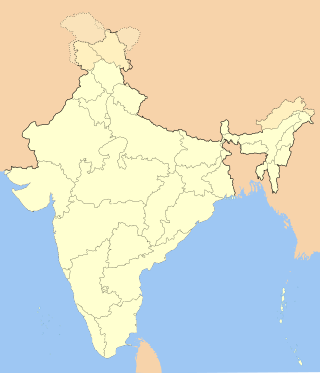 A union territory is a type of administrative division in the Republic of India. Unlike the states of India, which have their own governments, union territories are federal territories governed, in part or in whole, by the Union Government of India. There are currently eight union territories in India, namely Andaman and Nicobar Islands, Chandigarh, Dadra and Nagar Haveli and Daman and Diu, Delhi, Jammu and Kashmir, Ladakh, Lakshadweep and Puducherry.

The State Police Services (SPS), also simply known as State Police, are the police services under the control of respective state governments of the States and union territories of India.

Vikas Upadhyay is an Indian politician who is a Member of Legislative Assembly (MLA), Raipur West, Vidhan Sabha, Chhattisgarh state. 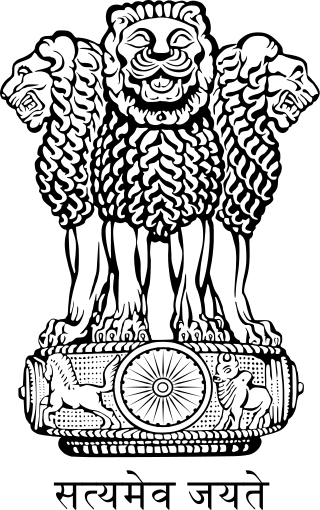 The States Reorganisation Act, 1956 was a major reform of the boundaries of India's states and territories, organising them along linguistic lines.

Dadra and Nagar Haveli and Daman and Diu is a union territory in India. The territory was constituted through the merger of the former territories of Dadra and Nagar Haveli and Daman and Diu. Plans for the proposed merger were announced by the Government of India in July 2019; the necessary legislation was passed in the Parliament of India in December 2019 and came into effect on 26 January 2020. The territory is made up of four separate geographical entities: Dadra, Nagar Haveli, Daman, and the island of Diu. All four areas were part of Portuguese Goa and Daman with the former joint capital in Panjim, they came under Indian rule in the mid-20th century after the Annexation of Goa. These were jointly administered as Goa, Daman and Diu until 1987, when Goa was granted statehood after the Konkani language agitation. The current capital is Daman and Silvassa is the largest city.

The 2019–20 Hero Santosh Trophy qualifiers was the qualifying round for the 2019–20 Santosh Trophy, the premier competition in India for teams representing their regional and state football associations.