For a more comprehensive list, see Lists of school districts in the United States.

In the U.S, public schools belong to school districts, which are governed by school boards. Each district is an independent special-purpose government, or dependent school systems, under the guidelines of each U.S. state government and local school boards. A school district is a legally separate body corporate and politic. School districts are local governments with powers similar to that of a town or a county including taxation and eminent domain, except in Virginia, whose school divisions have no taxing authority and must depend on another local government (county, city, or town) for funding. Its governing body, which is typically elected by direct popular vote but may be appointed by other governmental officials, is called a school board , board of trustees, board of education,school committee, or the like. This body appoints a superintendent , usually an experienced public school administrator, to function as the district's chief executive for carrying out day-to-day decisions and policy implementations. The school board may also exercise a quasi-judicial function in serious employee or student discipline matters.

Not all school systems constitute school districts as distinct bodies corporate. In most Southern states, school systems operate either as an arm of county government, or at least share coextensive boundaries with the state's counties. In Maryland, most school systems are run at the county level, but the Baltimore City system operates separately, at a county-equivalent level. In New York, most school districts are separate governmental units with the power to levy taxes and incur debt, except for the five cities with population over 125,000, where the schools are operated directly by the municipalities. [3] The Hawaii State Department of Education functions as a single statewide school district. This is unique among the states, but the District of Columbia Public Schools operates district public schools in Washington, DC and the Puerto Rico Department of Education operates all public schools in the Commonwealth of Puerto Rico, thus they also function as single school districts.

Previously areas of the Unorganized Borough of Alaska were not served by school districts, but instead served by schools directly operated by the Alaska Department of Education and by Bureau of Indian Affairs (BIA) schools. The state schools were transferred to the Alaska State-Operated School System (SOS) after the Alaska Legislature created it in 1971; that agency was terminated in 1975, with its schools transferred to the newly created Alaska Unorganized Borough School District, which was broken apart into twenty-one school districts the following year. [6]

Although these terms can vary slightly between various states and regions, these are typical definitions for school district constitution:

These terms may not appear in a district's name, even though the condition may apply.

There are various approaches when making decisions in assigning teachers. The decision in assigning teachers can occur with the collaboration of human resource staff or decisions from the collaboration with principals and teachers. [15] Although the decisions for teacher assignment can vary base on school districts, there are two most popular approaches that are currently occurring in assigning teachers. The first popular approach is assigning students to teachers based on sharing the same characteristics as their students. [16] For instance, principals assign teachers to students based on academic performance, teachers’ personalities, teachers teaching styles, and teachers’ classroom management skills. During this assignment practices, there are some collaboration with teachers and principals. The second most popular approach is that teachers can be assigned based on their ability to improve students’ standardized test scores. This is identified as “staffing to the test” [17] in which principals observe the influence teachers have on students’ standardized test scores and then strategically move teachers to certain subjects or grades where standardized test are given. [17]

Even though two approaches are used to assign teachers to students, there are some obstacles that principals encounter when making teacher assignment decisions. For instance, one conflict is parents demand that their child be assigned to a specific teacher. [18] The second conflict is that principals need to take into consideration policies, such as tenure or collective bargaining, which can influence teacher assignment practices. [19] Due to these challenges, many have suggested that principals should collaborate with teacher unions in order to address these conflicts. [19] [20]

Outside the United States, autonomous districts or equivalent authorities often represent various groups seeking education autonomy. In European history, as in much of the world, religious (confessional), linguistic, and ethnic divisions have been a significant factor in school organization. This paradigm is shifting.[ how? ]

In England and Wales, school boards were established in 1870, and abolished in 1902, with county council and county borough councils becoming the local education authorities. [21]

In France, the system of the carte scolaire was dismantled by the beginning of the 2007 school year. More school choice has been given to French students; however, priority is given to those who meet the following criteria:

In Germany, schools are run and funded by the general regional entities, usually the States of Germany or municipalities. School districts in the meaning of distinct legal entities do not exist.

In Italy, school districts were established in 1974 by the "Provvedimenti Delegati sulla scuola" ("Assigned Laws [to the Government] about the school"). [22] Each district must contain a minimum of 10,000 inhabitants. The national government attempted to link the local schools with local society and culture and local governments. The school districts were dissolved in 2003 by the "legge finanziaria" (law about the government budget) in an attempt to trim the national budget. [23]

In Hong Kong, the Education Bureau divides primary schools into 36 districts, known as school nets, for its Primary One Admission System. [24] Of the 36 districts, districts 34 and 41 in Kowloon and districts 11 and 12 in Hong Kong Island are considered the most prestigious. [25]

Hardin County is a county located in the central part of the U.S. state of Kentucky. Its county seat is Elizabethtown. The county was formed in 1792.

Jefferson County Public Schools (JCPS) is a public school district located in Jefferson County, Kentucky and operating all but one of the public schools in the county. It is governed by an elected seven-member Board of Education which selects and hires a Superintendent who serves as the system's chief executive.

The Hopewell Valley Regional School District is a comprehensive regional public school district serving students in pre-kindergarten through twelfth grade from three communities in Mercer County, New Jersey, United States. The municipalities that are part of this district are Hopewell Borough, Hopewell Township and Pennington Borough. 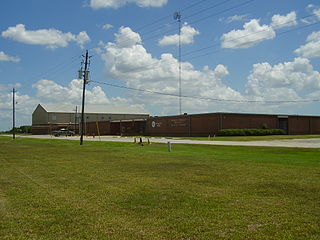 An independent school district (ISD) is a type of school district in some US states for primary and secondary education that operates as an entity independent and separate from any municipality, county, or state. As such, the administrative leadership of such districts is selected from within the district itself and has no direct responsibility to any other governmental authority. This independence normally also implies that the district has its own taxing authority that is outside the direct control of other governmental entities. 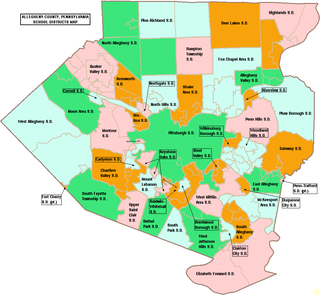 Education in Vermont consists of public and private schools including the University of Vermont, the Vermont State Colleges, private colleges, and secondary and primary schools in the U.S. state of Vermont. 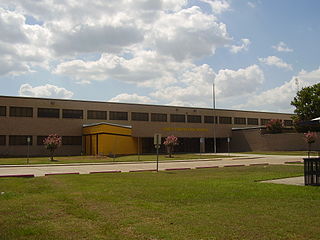 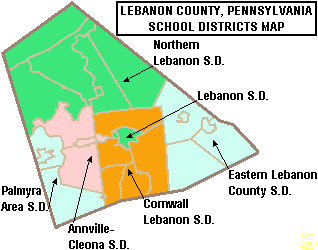 The Annville-Cleona School District is a small, public school district in Lebanon County, Pennsylvania It covers the Borough of Cleona and Annville Township, North Annville Township and South Annville Township in Lebanon County, Pennsylvania. The district encompasses approximately 40 square miles (100 km2). According to 2002 local census data, it serves a resident population of 11,876. In 2009, the district residents’ per capita income was $19,519, while the median family income was $36,276. In the Commonwealth, the median family income was $52,381 and the United States median family income was $49,445, in 2010. Per School District officials, in school year 2005-06 the Annville-Cleona School District provided basic educational services to 1,650 pupils through the employment of 121 teachers, 56 full-time and part-time support personnel, and 11 administrators. The district students are 95% white, 1% Asian, 2% black and 2% Hispanic.

The Kennett Consolidated School District is a large, suburban, public school district serving portions of Chester County, Pennsylvania. It is centered on the borough of Kennett Square and also incorporates Kennett Township, New Garden Township, and the southern portion of East Marlborough Twp. The district encompasses approximately 35 square miles (91 km2). According to 2000 federal census data, it serves a resident population of 27,124. According to District officials, in school year 2007-08 the KCSD provided basic educational services to 4,128 pupils. It employed: 320 teachers, 207 full-time and part-time support personnel, and 16 administrators. Kennett Consolidated School District received more than $10.1 million in state funding in school year 2007-08.