In the United States, an independent city is a city that is not in the territory of any county or counties and is considered a primary administrative division of its state. [1] Independent cities are classified by the United States Census Bureau as "county equivalents" and may also have similar governmental powers to a consolidated city-county. However, in the case of a consolidated city-county, a city and a county were merged into a unified jurisdiction in which the county at least nominally exists to this day, whereas an independent city was legally separated from any county or merged with a county that simultaneously ceased to exist even in name. [2]

Of the 41 independent U.S. cities, [3] 38 are in Virginia, whose state constitution makes them a special case. The three independent cities outside Virginia are Baltimore, Maryland; St. Louis, Missouri; and Carson City, Nevada. The most populous of them is Baltimore.

Main articles: List of cities and counties in Virginia and Administrative divisions of Virginia

In the Commonwealth of Virginia, all municipalities incorporated as "cities" have been "independent cities", also called "free cities", since 1871, when a revised state constitution took effect following the American Civil War and the creation of West Virginia. Virginia's thirty-eight independent cities are not politically part of a county, even though geographically they may be completely surrounded by one. An independent city in Virginia may serve as the county seat of an adjacent county, even though the city by definition is not part of that county. [4] Some other Virginia municipalities, even though they may be more populous than some existing independent cities, are incorporated towns. These towns always form part of a county. Incorporated towns have limited powers, varying by each charter. They typically share many aspects such as courts and public school divisions with the county they are within.

Three older Virginia counties, whose origins go back to the original eight shires of Virginia formed in 1634 in the Colony of Virginia, have or had the word city in their names; politically, however, they are counties. The independent cities were formed to centralize trading and legal matters as the older system of merchant ships cruising from plantation to plantation was inefficient. The colonial capital of Williamsburg was created for this reason, being a port on the James River. Two of these counties are Charles City County and James City County, whose names originated with earlier "incorporations" created in 1619 by the Virginia Company as Charles Cittie and James Cittie. Additionally, Elizabeth City County, which was originally part of the older Elizabeth Cittie, became extinct in 1952 when it was consolidated politically by mutual consent with the small City of Hampton, its county seat, and the Town of Phoebus. These merged entities became the current independent city of Hampton, Virginia, one of the largest cities of Virginia.

Former independent cities, now extinct, that were long extant in Virginia include:

Two other independent cities existed only for a short time:

Other entities similar to independent cities

An independent city is not the same as:

A county seat is an administrative center, seat of government, or capital city of a county or civil parish. The term is used in Canada, China, Hungary, Romania, and the United States. The equivalent term shire town is used in the U.S. state of Vermont and in some other English-speaking jurisdictions. County towns have a similar function in the United Kingdom and Republic of Ireland, as well as historically in Jamaica.

In the United States, a county is an administrative or political subdivision of a state that consists of a geographic region with specific boundaries and usually some level of governmental authority. The term "county" is used in 48 states, while Louisiana and Alaska have functionally equivalent subdivisions called parishes and boroughs, respectively. The specific governmental powers of counties vary widely between the states, with many providing some level of services to civil townships, municipalities, and unincorporated areas. Certain municipalities are in multiple counties; New York City is uniquely partitioned into five counties, referred to at the city government level as boroughs. Some municipalities have consolidated with their county government to form consolidated city-counties, or have been legally separated from counties altogether to form independent cities. Conversely, those counties in Connecticut, Rhode Island, eight of Massachusetts's 14 counties, and Alaska's Unorganized Borough have no government power, existing only as geographic distinctions.

An unincorporated area is a region that is not governed by a local municipal corporation. Widespread unincorporated communities and areas are a distinguishing feature of the United States and Canada. Most other countries of the world have either no unincorporated areas at all or these are very rare; typically remote, outlying, sparsely populated or uninhabited areas.

In United States local government, a consolidated city-county is formed when one or more cities and their surrounding county merge into one unified jurisdiction. As such it has the governmental powers of both a municipal corporation and an administrative division of a state.

A minor civil division (MCD) is a term used by the United States Census Bureau for primary governmental and/or administrative divisions of a county or county-equivalent, typically a municipal government such as a city, town, or civil township. MCDs are used for statistical purposes by the Census Bureau, and do not necessarily represent the primary form of local government. They range from non-governing geographical survey areas to municipalities with weak or strong powers of self-government. Some states with large unincorporated areas give substantial powers to counties; others have smaller or larger incorporated entities with governmental powers that are smaller than the MCD level chosen by the Census.

In 45 of the 50 states of the United States, the county is used for the level of local government immediately below the state itself. Louisiana uses parishes, and Alaska uses boroughs. In Connecticut, Massachusetts, and Rhode Island, some or all counties within states have no governments of their own; the counties continue to exist as legal entities, however, and are used by states for some administrative functions and by the United States Census bureau for statistical analysis. There are 3,242 counties and county equivalent administrative units in total, including the District of Columbia and 100 county-equivalents in the U.S. territories. 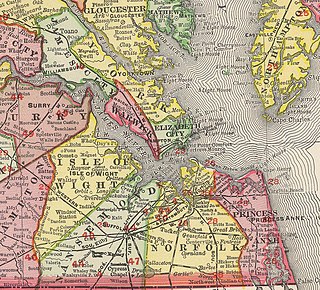 The Unorganized Borough is composed of the portions of the U.S. state of Alaska which are not contained in any of its 19 organized boroughs. While referred to as the "Unorganized Borough," it is not a borough itself, as it forgoes that level of government structure. It encompasses nearly half of Alaska's land area, 323,440 square miles (837,700 km2), an area larger than any other U.S. state, and larger than the land area of the smallest 16 states combined. As of the 2020 U.S. Census, it had a population of 77,157, which was 10.52% of the population of the state. The largest communities in the Unorganized Borough are the cities of Bethel, Unalaska and Valdez.

The town is the basic unit of local government and local division of state authority in the six New England states. Most other U.S. states lack a direct counterpart to the New England town. New England towns overlay the entire area of a state, similar to civil townships in other states where they exist, but they are fully functioning municipal corporations, possessing powers similar to cities in other states. New Jersey's system of equally powerful townships, boroughs, towns, and cities is the system which is most similar to that of New England. New England towns are often governed by a town meeting legislative body. The great majority of municipal corporations in New England are based on the town model; there, statutory forms based on the concept of a compact populated place are uncommon, though elsewhere in the U.S. they are prevalent. County government in New England states is typically weak at best, and in some states nonexistent. Connecticut, for example, has no county governments, nor does Rhode Island. Both of those states retain counties only as geographic subdivisions with no governmental authority, while Massachusetts has abolished eight of fourteen county governments so far. Counties serve mostly as dividing lines for the states' judicial systems and some other state services in the southern New England states, while providing limited services in the three northern New England states.