DoDEA employs 15,000 employees who serve 71,000 children of active duty military and DoD civilian families. DoDEA is committed to ensuring that all school-aged children of military families are provided a world-class education that prepares them for postsecondary education and/or careers. [1]

DoDEA operates as a field activity of the Office of the Secretary of Defense (Personnel and Readiness). It is headed by a director who oversees all agency functions from DoDEA headquarters in Alexandria, Virginia. DoDEA's schools are divided into 3 geographic areas: Europe, the Pacific, and the Americas. [1]

Shortly after the end of World War II, the United States military established schools for the children of its service men and women stationed in Europe and the Pacific. Schools for children of military members stationed at various bases in the United States were already well-established. First administered by the military branches they served, the growing number of schools was soon transferred to civilian managers, then organized into two separate but parallel systems: the Department of Defense Dependents Schools (Pacific and Europe) overseas, and the Department of Defense Domestic Dependent Elementary and Secondary Schools (Americas) in the United States. In 1994 the two systems were brought together under an umbrella agency, the Department of Defense Education Activity (DoDEA). [1]

The DoDEA instructional program provides a prekindergarten through 12th grade curriculum. Currently 100% of DoDEA schools are accredited and in good standing with their regional accrediting agency. Students consistently achieve high scores in the National Assessment of Educational Progress and above the national average on standardized assessments. Minority students have been especially successful, scoring at or near the highest in the United States in mathematics. [1]

DoDEA measures student progress with multiple performance-based assessments. The TerraNova standardized test provides DoDEA with results that it can compare to a nation-wide sample. DoDEA students also take the National Assessment of Educational Progress (NAEP), which provides comparisons of student achievement in reading, writing, math, and science. All DoDEA schools are accredited by the North Central Association Commission on Accreditation and School Improvement (NCA CASI) or the Southern Association of Colleges and Schools Council on Accreditation and School Improvement (SACS CASI), which provide each school with an independent evaluation. [1]

Schools submit annual reports of data, and every five years they host an on-site validation visit led by education experts from the United States. Following the on-site visits, the experts send a report that includes recommendations for improvements to each of the schools visited. DoDEA conducts internal monitoring of educational programs to ensure high-quality implementation of new programs and overall effectiveness of existing programs. Monitoring activities may include, but are not limited to the following activities: surveys, interviews, focus groups, classroom observations and the analysis of achievement and training data. Currently 100% of DoDEA schools are accredited and in good standing. [1]

Headquartered in Peachtree City, GA, DoDEA Americas is divided into 2 school districts (Americas Mid-Atlantic and Americas Southeast) and operates 51 schools at 16 military communities on the U.S. mainland, Puerto Rico, and Cuba. As of May 2019, it educates approximately 22,000 students of U.S. military and eligible DoD civilian personnel families. [2]

Headquartered in Yokota AB, Japan, the DoDEA Pacific region is organized into 3 districts (Pacific East, Pacific South, and Pacific West) and operates 47 schools on 21 U.S. military installations in Guam, Japan, Okinawa and South Korea. As of May 2019, the DoDEA Pacific Region educates over 22,000 children of U.S. military and eligible DoD civilian personnel families. [4] 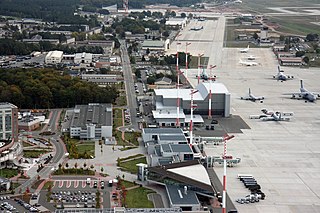 Ramstein Air Base is a United States Air Force base in Rhineland-Palatinate, a state in southwestern Germany. It serves as headquarters for the United States Air Forces in Europe – Air Forces Africa (USAFE-AFAFRICA) and also for NATO Allied Air Command (AIRCOM). Ramstein is located near the town of Ramstein-Miesenbach, which stands outside the base's west gate, in the rural district of Kaiserslautern.

The American Forces Network (AFN) is a government television and radio broadcast service the U.S. military provides to those stationed or assigned overseas. Headquartered at Fort George G. Meade, Maryland, AFN's broadcast operations, which include global radio and television satellite feeds, emanate from the AFN Broadcast Center/Defense Media Center in Riverside, California. AFN was founded on 26 May 1942, in London as the Armed Forces Radio Service (AFRS). 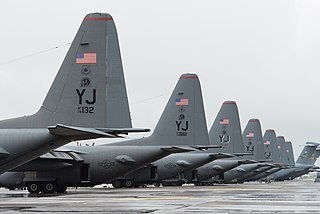 Yokota Air Base, is a United States Air Force (USAF) and Japan Air Self-Defense Force (JASDF) base in the city of Fussa, a city in the Tama Area, or Western Tokyo.

Camp Humphreys, also known as United States Army Garrison-Humphreys (USAG-H), is a United States Army garrison located near Anjeong-ri and Pyeongtaek metropolitan areas in South Korea. Camp Humphreys is home to Desiderio Army Airfield, the busiest U.S. Army airfield in Asia, with an 8,124 feet (2,476 m) runway. In addition to the airfield, there are several U.S. Army direct support, transportation, and tactical units located there, including the Combat Aviation Brigade, 2nd Infantry Division. The garrison has an area of 3,454 acres (1,398 ha) and cost US$11 billion. Camp Humphreys is the largest U.S. overseas military base, housing some 500 buildings and amenities.

Kadena High School is an American high school on Kadena Air Base in Okinawa City, Okinawa Prefecture, Japan, and is administered by Department of Defense Education Activity. Opened in 1981, the school is for English-speaking American military dependents. It is run under the supervision of the Okinawa Department of Defense Dependents Schools District.

Bitburg Middle-High School, originally opened in 1956, was part of the Kaiserslautern School District and had a student population of approximately 230 with a faculty of thirty. It was situated in Rhineland-Palatinate, Germany. In the 2013-14 school year, the Bitburg Middle School was integrated into the high school.

Kaiserslautern Military Community is a community of Americans living in and around Kaiserslautern, Germany, supporting United States Armed Forces and NATO installations, such as the Ramstein Air Base, Landstuhl Regional Medical Center, Kapaun Air Station, Vogelweh Housing Area, Pulaski Barracks, Kleber Kaserne, Daenner Kaserne, Panzer Kaserne, Sembach Kaserne, Miesau Army Depot, and Rhine Ordnance Barracks. With around 54,000 people, including military service members, Department of Defense civilians and contractors as well as their families, the KMC is the largest U.S. military community outside of the United States.

Victor Eugene "Gene" Renuart Jr. is a retired United States Air Force four-star general. His last military assignment was as the commander of United States Northern Command and North American Aerospace Defense Command from March 23, 2007, to May 19, 2010. Prior to that, he served as director of strategic plans and policy, the Joint Staff. Renuart retired from the Air Force on July 1, 2010, after over 39 years of service. 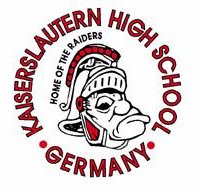 Kaiserslautern High School, also known as “K-Town” or simply “KHS” is a Department of Defense (DoD) operated international school in Kaiserslautern, Germany. The school, which serves over 800 students with 62 full-time educators (11:1), is located on Illinois Place in Vogelweh.

General Richard Earl Hawley served as commander of Air Combat Command, headquartered at Langley Air Force Base, Virginia. As commander, Hawley was responsible for organizing, training, equipping and maintaining combat-ready air forces for rapid deployment and employment in the United States and worldwide. Hawley maintained command of 1,050 aircraft and approximately 103,400 active-duty military members and civilian personnel at 27 major installations in the United States, Panama, Iceland and the Azores, and, when mobilized, more than 64,400 Air National Guard and Air Force Reserve members

Ramstein American High School is a Department of Defense Dependents Schools (DoDDS) high school in the Kaiserslautern district, Germany, which serves the European portion of DoDDS. Their mascot is the Royal, a lion with a crown.

DODDS European Championships are a series of sports competitions taking place in Europe and are organized by the DODDS system. The term "Europeans" is a nickname that collectively refers to the three seasonal championships that take place every school year. Both DODDS and other international schools around Europe are invited to compete. 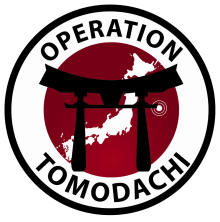