The Florida Department of Education (FLDOE) is the state education agency of Florida. It governs public education and manages funding and testing for local educational agencies (school boards). It is headquartered in the Turlington Building (named for former education commissioner Ralph Turlington) in Tallahassee. [1]

The Florida commissioner of education manages the day-to-day operation of the department. The office of education commissioner was originally a Cabinet-level position filled by direct election and directly responsible for education in Florida. The 2002 Florida Constitution Revision Commission submitted a revision to the Florida Constitution, amending Article IV, Section IV to reduce the Cabinet from six elected officials to three. The voters approved the changes and it became effective January 7, 2003; after this time, the commissioner of education became an appointed position and the FLDOE became the overall responsibility of the governor. The revised constitution also created a new Florida Board of Education with seven members (one of whom is the commissioner of education), appointed by the governor to oversee the Department of Education. Division of Vocational Rehabilitation - 930 positions Division of Blind Services - 300 positions Annual operating budget for all entities in 2012-13 - approximately $18.6 billion Oversee 28 locally governed public state colleges and 47 school district technical centers

The superintendent of public instruction was established to oversee Florida's public schools in the 1868 Florida Constitution. The elected officeholder became the commissioner of education under the 1968 Florida Constitution. A constitutional amendment in 1998 made effective January 2003 reorganized the office so its head was no longer elected and created a State Board of Education. [3]

The State of Florida requires students to take the Florida Standards Assessments (FSA) each year in grades 3-10. Students' results from the FSA are compiled to generate a grade for each public school under former governor Jeb Bush's "A+ Plan." Under this plan, public schools receive a letter grade from A to F, depending on student performance and the degree to which the bottom 25% of the school has improved compared to its past performances. The higher a public school scores, the more funding it receives.

Students in third grade are required to pass the English/language arts portion of the test in order to be promoted to the fourth grade.

Students in Florida must also pass the tenth grade FSA in English/language arts and pass the Algebra 1 End-of-Course Assessment in order to be eligible to receive a high school diploma.

The department paid bonuses to teachers certified by the federal government. Up until 2010, the bonus was as much as $3,800 annually. This is expected to diminish with diminished income to the state. [4] 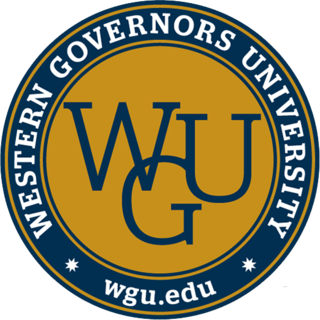 Western Governors University (WGU) is a private, nonprofit online university based in Millcreek, Utah. The university uses an online competency-based learning model as opposed to the traditional, cohort-based class model present at most universities. The university was founded by 19 U.S. governors in 1997 after the idea was formulated at a 1995 meeting of the Western Governors Association to expand education offerings to the internet. WGU degree programs are accredited by institutional and professional accreditation bodies such as the NWCCU, ACBSP, CAEP, CAHIIM, CCNE, and the NCATE. 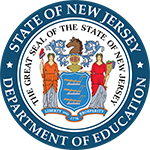 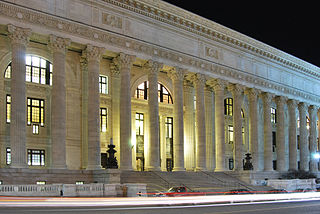 The New York State Education Department (NYSED) is the department of the New York state government responsible for the supervision for all public schools in New York and all standardized testing, as well as the production and administration of state tests and Regents Examinations. In addition, the State Education Department oversees higher education, cultural institutions such as museums and libraries, vocational rehabilitation, and the licensing of numerous professions. It is headed by the regents of the University of the State of New York (USNY) and administered by the Commissioner of Education.

The Georgia Department of Education (GaDOE) is an American agency that governs public education in the state of Georgia. The department manages funding and testing for local educational agencies accountable for student achievement. The Department is managed by the State Superintendent of Schools, a publicly elected position currently held by Richard Woods. Former Superintendents of the department have included Linda Schrenko, Kathy Cox, William Bradley Bryant, John Barge, and Charles McDaniel; the first superintendent was John Randolph Lewis, in 1871.

The Florida education system consists of public and private schools in Florida, including the State University System of Florida (SUSF), the Florida College System (FCS), the Independent Colleges and Universities of Florida (ICUF) and other private institutions, and also secondary and primary schools as well as virtual schools.

Duval County Public Schools (DCPS) is the public school district that serves the families and children residing in the urban, suburban, and rural areas of the City of Jacksonville and Duval County, Florida. As of 2015, the district had an enrollment of over 129,000 students, making it the 21st largest school district in the United States, and the 6th largest school district in Florida. The district's 196 schools are traditional neighborhood and magnet schools, charter schools, and alternative schools, all of which serve students of various needs.

Floyd Thomas Christian, Sr. was Florida Commissioner of Education from 1965 to 1973. 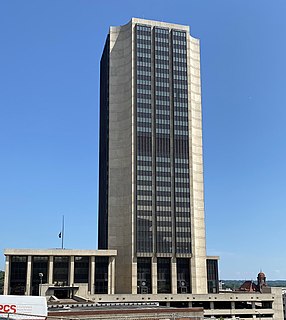 The Virginia Department of Education is the state education agency of the Commonwealth of Virginia. It is headquartered in the James Monroe Building in Richmond. The department is headed by the Secretary of Education, who is a member of the Virginia Governor's Cabinet, and the Superintendent of Public Instruction, a position that is also appointed by the Governor of Virginia. The Secretary of Education is responsible for heading the department and for overseeing Virginia's 16 public colleges and universities, the Virginia Community College System, the commonwealth's five higher education centers, and Virginia's public museums.

The Common Core State Standards Initiative is an educational initiative from 2010 that details what K–12 students throughout the United States should know in English language arts and mathematics at the conclusion of each school grade. The initiative is sponsored by the National Governors Association and Council of Chief State School Officers. 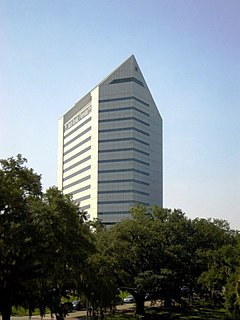 The Ralph D. Turlington Florida Education Center, commonly known as the Turlington Building and colloquially known as The Razor, is an 18-story building in downtown Tallahassee, Florida. The building was completed in 1989. It houses the Florida Department of Education and was named after former Education Commissioner Ralph Turlington.

The State of Texas Assessments of Academic Readiness, commonly referred to as its acronym STAAR, are a series of standardized tests used in Texas public primary and secondary schools to assess a student's achievements and knowledge learned in the grade level. It tests curriculum taught from the Texas Essential Knowledge and Skills, which in turn is taught by public schools. The test used to be developed by Pearson Education every school year, although the most recent contract gave Educational Testing Service a role in creating some of the tests, under the close supervision of the Texas Education Agency.

Step Up for Students is a 501(c)3 nonprofit in Florida providing low income students, bullied students and students with special needs with scholarships to help pay tuition for private school, assistance to attend an out of district public school, or for tutoring, textbooks or therapies. Step Up For Students was created as part of a merger between Florida's two largest scholarship organizations Florida P.R.I.D.E and Children First, which was founded by Tampa Bay businessman John Kirtley. Kirtley had founded a previous scholarship organization, Children's Scholarship Fund of Tampa Bay in 1998 and received more than 15,000 applications for 750 available scholarships. The large demand led Kirtley to help push for the creation of the Florida Tax Credit Scholarship, which was signed into law in 2001. That scholarship program allows donors to receive dollar for dollar tax credits for contributions to nonprofits offering scholarships to low-income students in Florida. The scholarship was capped at $50 million for the 2002-03 school year and scholarships were awarded to 15,585 students. 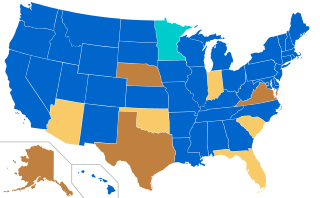 46 states initially adopted the Common Core State Standards, although implementation has not been uniform. At least 12 states have introduced legislation to repeal the standards outright, and 5 have since withdrawn from the standards.