Last updated February 03, 2020
"Wyoming Board of Education" redirects here. For the school board of Wyoming, Ohio, see Wyoming City Schools.

The Wyoming Department of Education is the state education agency of Wyoming. It is headquartered on the second floor of the Hathaway Building in Cheyenne. [1] The agency has offices in Laramie and Riverton. [2]

The Department is under the leadership of the Superintendent of Public Instruction Jillian Balow.

The Western Association of Schools and Colleges (WASC) is an organization that provides accreditation of public and private universities, colleges, secondary and elementary schools in California and Hawaii, the territories of Guam, American Samoa and Northern Marianas Islands, in addition to the Marshall Islands, Federated States of Micronesia, Palau, the Pacific Rim, and East Asia. 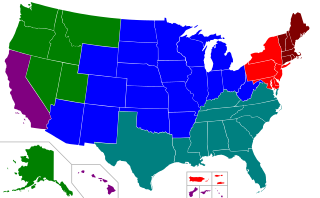 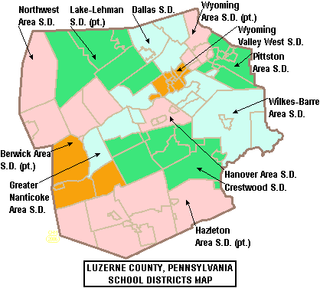 The Wyoming Area School District is a midsized, suburban, public school district located in northeastern Luzerne County and southeastern Wyoming County, Pennsylvania. It is situated midway between Wilkes-Barre and Scranton (USA). The District is one of the 500 public school districts of Pennsylvania. Wyoming Area School District is composed of six municipalities: West Pittston, Exeter, Wyoming, West Wyoming, Harding and Falls Township, covering approximately 26 square miles (67 km2) primarily in Luzerne County. According to 2000 federal census data, it served a resident population of 20,386. The 2010 federal census data, reported a decline of the District's resident population to 19,386 people. In 2009, Wyoming Area School District residents' per capita income was $18,034, while the median family income was $43,321. In the Commonwealth of Pennsylvania, the median family income was $49,501 and the United States median family income was $49,445, in 2010. By 2013, the median household income in the United States rose to $52,100.

Cincinnati State Technical and Community College is a public technical and community college in Cincinnati, Ohio. It is accredited by The Higher Learning Commission. 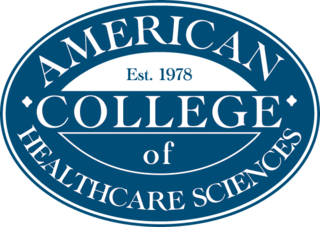 The American College of Healthcare Sciences (ACHS) is a for-profit online college based in Portland, Oregon that specializes in online holistic health distance education, founded in 1978. 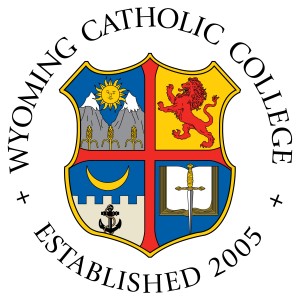 Wyoming Catholic College is a private, Catholic liberal arts college in Lander, Wyoming. WCC is the only private four-year institution of higher education in the state. It is endorsed by The Newman Guide to Choosing a Catholic College.

The Virginia Department of Education is the state education agency of the Commonwealth of Virginia. It is headquartered in the James Monroe Building in Richmond. The department is headed by the Secretary of Education, who is a member of the Virginia Governor's Cabinet, and the Superintendent of Public Instruction, a position that is also appointed by the Governor of Virginia. The Secretary of Education is responsible for heading the department and for overseeing Virginia's 16 public colleges and universities, the Virginia Community College System, the commonwealth's five higher education centers, and Virginia's public museums.

The West Virginia Department of Education is the state education agency of West Virginia. It is headquartered in Charleston.

Higher education accreditation in the United States is a peer review process coordinated by accreditation commissions and member institutions. It was first undertaken in the late 19th century by cooperating educational institutions, on a regional basis.