The Department of Education of the U.S. state of Oregon is responsible for implementing the state's public education policies, including academic standards and testing, credentials, and other matters not reserved to the local districts and boards. The department is overseen by the Governor, acting as State Superintendent of Public Instruction. [1] Agencies of the department include the Chief Education Office (formerly the Oregon Education Investment Board), the Early Learning Division, the Higher Education Coordinating Commission, the State Board of Education, and the Youth Development Division. [2]

The Governor appoints a Deputy Superintendent of Public Instruction to act as chief administrator of public education from kindergarten through high school. The Deputy Superintendent carries out the state policies set by the State Board of Education and by the Oregon State Legislature. [3]

The department serves 197 elementary and secondary school districts and 19 education service districts across the state, which serve over 500,000 students. [4] [5]

The State Superintendent of Public Instruction (SPI) of California is the nonpartisan elected executive officer of the California Department of Education. The SPI directs all functions of the Department of Education, executes policies set by the California State Board of Education, and also heads and chairs the Board. The superintendents serves a four-year term, serves as the state’s chief spokesperson for public schools, provides education policy and direction to local school districts, and also serve as an ex officio member of governing boards of the state’s higher education system. The current Superintendent of Public Instruction is Tony Thurmond. 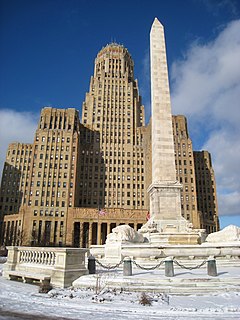 Buffalo, New York's government is run by a democratically elected mayor and council of nine members. 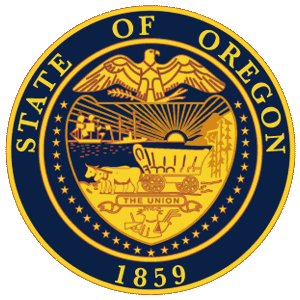 The Oregon Attorney General is a statutory office within the executive branch of the state of Oregon, and serves as the chief legal officer of the state, heading its Department of Justice with its six operating divisions. The Attorney General is chosen by statewide partisan election to serve a term of four years. The incumbent, Ellen Rosenblum, was sworn in on June 29, 2012, replacing John Kroger, a Democrat who was elected in 2008 and resigned six months before the end of his term to become President of Reed College. She was re-elected in 2016.

The cabinet of former New York Governor Eliot Spitzer consisted of his Executive Chamber, as well as the heads of the various departments of the Government of New York, prior to Spitzer's resignation on March 17, 2008. 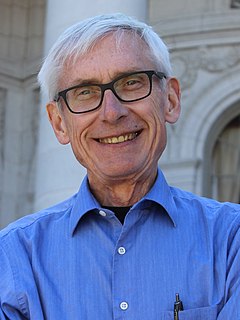 Anthony Steven Evers is an American politician and educator who has served as the 46th governor of Wisconsin since January 7, 2019. A member of the Democratic Party, Evers previously served as the Wisconsin Superintendent of Public Instruction for ten years. 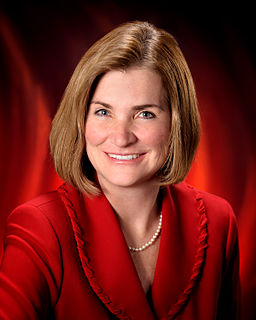 Cynthia Jo Hill is an American politician and member of the Republican Party who served as the 21st Wyoming State Superintendent of Public Instruction, first elected on November 2, 2010, with support of the Tea Party movement.

The Oregon State Board of Education sets standards and policies for public schools, from kindergarten through grade twelve, in the U.S. state of Oregon. The State Board of Education was established first in 1872. As defined by the Oregon legislature in 1951, the Board has seven members who are appointed by the Governor and approved by the Senate. The Board exercises oversight over 197 public school districts and 20 educational service districts.

The Oregon Youth Development Division is an agency of the government of the U.S. state of Oregon. It was established by the state legislature in 2013 via HB 3231, and has statutory responsibility under Oregon Revised Statutes (ORS) § 417.852 to "ensure that services are provided to school-age children through youth 20 years of age in a manner that supports educational success, focuses on crime prevention, reduces high risk behaviors and is integrated, measurable and accountable".