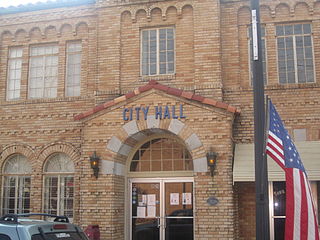 Homer is a town in and the parish seat of Claiborne Parish in northern Louisiana, United States. Named for the Greek poet Homer, the town was laid out around the Courthouse Square in 1850 by Frank Vaughn. The present-day brick courthouse, built in the Greek Revival style of architecture, is one of only four pre-Civil War courthouses in Louisiana still in use. The building, completed in 1860, was accepted by the Claiborne Parish Police Jury on July 20, 1861, at a cost of $12,304.36, and is on the National Register of Historic Places. The other courthouses are in St. Francisville, St. Martinville and Thibodaux.

The University of Louisiana System is the largest of the four public university systems in the U.S. state of Louisiana. Its headquarters are in the Claiborne Building in Baton Rouge.

Central is the thirteenth-largest city in the U.S. state of Louisiana. It is the second largest city in East Baton Rouge Parish. Central became the state's newest city in April 2005. It is part of the Baton Rouge Metropolitan Statistical Area. The population of Central was 26,864 as of the 2010 census. 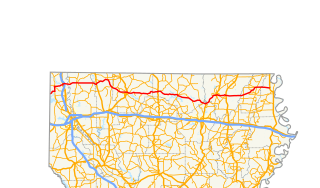 Louisiana Highway 2 (LA 2) is a state highway located in northern Louisiana. It runs 189.49 miles (304.95 km) in an east–west direction from the Texas state line southwest of Vivian to a junction with U.S. Highway 65 (US 65) near Lake Providence, just west of the Mississippi state line.

Louisiana Highway 2 Alternate is a state highway located in northern Louisiana. It runs 43.06 miles (69.30 km) in an east–west direction from Shongaloo to Bernice, connecting to its parent route at either end.

John Sparks Patton, Sr., was a Louisiana politician and educator who was an early advocate of taxpayer-funded school textbooks and a member of the Long faction of his state's Democratic Party.

Recovery School District (RSD) is a special statewide school district administered by the Louisiana Department of Education. Created by legislation passed in 2003, the RSD is designed to take underperforming schools and transform and make them effective in educating children. While the majority of RSD-supervised schools are within New Orleans and were largely under the administration of the Orleans Parish School Board pre-Katrina, the RSD has also taken over schools in East Baton Rouge, Caddo and Pointe Coupee parishes, reflecting its statewide authority and full name, the Recovery School District of Louisiana (RSDLA). As of 2012 it is the fifth largest school district in Louisiana by student population.

Jesse Homer Bankston Sr. was a politician within the Democratic Party of Louisiana, a businessman, and, at his death at the age of 103, a member of the board of Louisiana Public Broadcasting.

Alphonse Jackson, Jr., was an educator and civil rights activist who served in the Louisiana House of Representatives for District 2 in his native Caddo Parish in northwestern Louisiana. He was a charter member of the Louisiana Legislative Black Caucus, which was established in 1977.

Lillian Walker Walker, known as Lillian W. Walker, was a member of the Louisiana House of Representatives from East Baton Rouge Parish, Louisiana, who served two terms from 1964 to 1972, corresponding with the administration of Governor John J. McKeithen, her fellow Democrat. 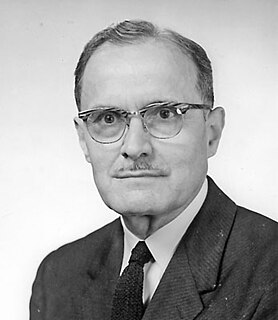 Garnie William McGinty was a historian whose career was principally based for thirty-five years at Louisiana Tech University in Ruston, Louisiana.

Thomas H Harris, known as T. H. Harris, was the dominant figure in Louisiana public education in the first half of the 20th century through his role as the then elected state school superintendent from 1908 to 1940.

Louisiana Highway 161 (LA 161) is a state highway located in Claiborne Parish, Louisiana. It runs 4.29 miles (6.90 km) in a southwest to northeast direction from LA 2 Alt. in Gordon to the Arkansas state line.