Last updated June 15, 2021
Not to be confused with Ministry of Education, Science, Culture and Sport of the Country of Georgia.

The Georgia Department of Education (GaDOE) [1] is an American agency that governs public education in the state of Georgia. The department manages funding and testing for local educational agencies accountable for student achievement. The Department is managed by the State Superintendent of Schools, a publicly elected position currently held by Richard Woods (since 2015). Former Superintendents of the department have included Linda Schrenko, Kathy Cox, William Bradley Bryant, John Barge, and Charles McDaniel; the first superintendent was John Randolph Lewis, in 1871. [2]

Office of Standards, Instruction and Assessment

The Office of Standards, Instructions and Assessment is made up of three Divisions: the Division of Standards Based Learning, which works to provide learning materials and instruction to assist teachers in making sure their students are prepared for graduation and beyond, the Division of Innovative Instruction, which provides educational programs and material for students, and the Division of Assessment and Accountability, which assesses student achievements and provides data to teachers and schools in order to better learn from their strengths and weaknesses. [4]

Office of Finance and Business Operations

The Office of Finance and Business Operations has seven divisions: Account Services, Budget Services, Facility Services, Financial Review, Internal Support, Pupil Transportation and School Nutrition. For the most part these divisions see to the financial needs of the Department of Education and the schools in Georgia. However, the Pupil Transportation and School Nutrition divisions also work to interpret of laws and regulations and provide leadership and training assistance. [5]

Office of Education Support and Improvement

Several divisions make up the Office of Education Support and Improvement. Learning Support provides services to schools, teachers and students. Migrant Education works with eligible children in Georgia . School Improvement helps schools by putting together a "statewide system" of tools and resources. [7]

The No Child Left Behind Act of 2001 (NCLB) was a U.S. Act of Congress that reauthorized the Elementary and Secondary Education Act; it included Title I provisions applying to disadvantaged students. It supported standards-based education reform based on the premise that setting high standards and establishing measurable goals could improve individual outcomes in education. The Act required states to develop assessments in basic skills. To receive federal school funding, states had to give these assessments to all students at select grade levels.

The Washington Assessment of Student Learning (WASL) was a standardized educational assessment system given as the primary assessment in the state of Washington from spring 1997 to summer 2009. The WASL was also used as a high school graduation examination beginning in the spring of 2006 and ending in 2009. It has been replaced by the High School Proficiency Exam (HSPE), the Measurements of Students Progress (MSP) for grades 3-8, and later the Smarter Balanced Assessment (SBAC). The WASL assessment consisted of examinations over four subjects with four different types of questions. It was given to students from third through eighth grades and tenth grade. Third and sixth graders were tested in reading and math; fourth and seventh graders in math, reading and writing. Fifth and eighth graders were tested in reading, math and science. The high school assessment, given during a student's tenth grade year, contained all four subjects.

The Education Quality and Accountability Office (EQAO) is a Crown agency of the Government of Ontario in Canada. It was legislated into creation in 1996 in response to recommendations made by the Royal Commission on Learning in February 1995.

The Massachusetts Comprehensive Assessment system, commonly abbreviated as MCAS, is Massachusetts's statewide standards-based assessment program developed in 1993 in response to the Massachusetts Education Reform Act of the same year. State and federal law mandates that all students who are enrolled in the tested grades and who are educated with Massachusetts public funds participate in MCAS testing.

The North Star School District in Boswell, Somerset County, Pennsylvania in the United States was formed in 1969 with the merger of predecessors Jenner-Boswell and Forbes school districts. The district includes the boroughs of Boswell, Stoystown, Jennerstown, and Hooversville and the townships Jenner and Quemahoning in Somerset County, Pennsylvania. The name North Star is taken from U.S. Route 219, the North Star Way, which runs through the District. That name for the highway has since fallen out of favor. The district encompasses approximately 102 square miles. According to 2000 federal census data, it serves a resident population of 9,519. According to District officials, in school year 2007-08 the NSSD provided basic educational services to 1,261 pupils through the employment of 114 teachers, 69 full-time and part-time support personnel, and 10 administrators.

The Comprehensive School Reform (CSR) program was a program administered by the U.S. Department of Education's Office of Elementary and Secondary Education.

The School District of Superior is a school district in Wisconsin, United States that serves students in the city of Superior; the towns of Oakland, Parkland, Summit, and Superior; and the villages of Oliver and Superior. The district also provides services to some students not living in the district as a part of open enrollment. The School District of Superior is the 23rd largest school district in Wisconsin and one of the largest employers in Douglas County. The Superintendent of Schools is Amy Starzecki. 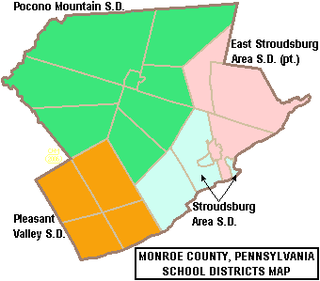 Stroudsburg Middle School is located at 200 Pocono Commons, Stroudsburg. The school is part of the Stroudsburg Area School District. In 2013, enrollment declined to 1,202 pupils, in grades 5th through 7th, with 42% of pupils eligible for a free lunch due to family poverty. Additionally, 15.7% of pupils received special education services, while 2.58% of pupils were identified as gifted. According to a 2013 report by the Pennsylvania Department of Education, 6% of its teachers were rated "Non Highly Qualified" under the federal No Child Left Behind Act. 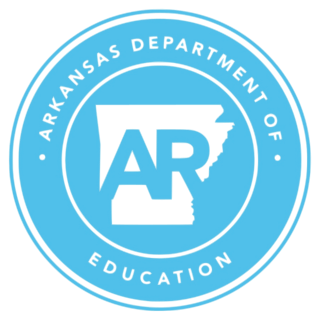 The Arkansas Department of Education (ADE) is a cabinet-level agency of the Arkansas state government overseeing public education for K-12, higher education institutions, and career and technical education.

Race to the Top, abbreviated R2T, RTTT or RTT, was a $4.35 billion United States Department of Education competitive grant created to spur and reward innovation and reforms in state and local district K–12 education. Funded as part of the American Recovery and Reinvestment Act of 2009, it was announced by President Barack Obama and Secretary of Education Arne Duncan on July 24, 2009. States competing for the grants were awarded points for enacting certain educational policies, instituting performance-based evaluations for teachers and principals based on multiple measures of educator effectiveness, adopting common standards, adopting policies that did not prohibit the expansion of high-quality charter schools, turning around the lowest-performing schools, and building and using data systems.

Student Achievement and School Accountability Programs (SASA) is a division of the Office of Elementary and Secondary Education (OESE) of the U.S. Department of Education (ED) that administers programs of financial assistance to State and local education agencies (LEA) and to colleges and universities. Under Title I of the Elementary and Secondary Education Act (ESEA) of 1965, SASA administers several Title I programs of supplementary instruction and other services. This includes programs such as the Improving Basic Programs Operated by LEAs and the Prevention and Intervention Programs for Children Who are Neglected, Delinquent, or At-Risk. Under Title III of the ESEA, SASA administers the State Formula Grant Program for English Language Acquisition and Language Enhancement. SASA also administers the Education for Homeless Children and Youth program authorized by the McKinney–Vento Homeless Assistance Act.