Last updated June 18, 2021
Not to be confused with Foreign relations of Nigeria.

Niger pursues a moderate foreign policy and maintains friendly relations with both East and West. [1] It is a member state of the United Nations. Niger maintains a special relationship with France and enjoys close relations with its West African neighbours.

It is a charter member of the Organization of African Unity and the West African Monetary Union and also belongs to the Niger Basin Authority and the Lake Chad Basin Commission, the Economic Community of West African States, the Non-Aligned Movement, and the Organisation of Islamic Cooperation. Niger belongs to the United Nations and its main specialized agencies and in 1980-81 served on the UN Security Council. The first president of Niger, Hamani Diori, maintained close relations with the west and became internationally prominent in his diplomatic work, seeking to broker resolutions to conflicts in Africa and beyond. He was particularly prominent in his involvement as a negotiator during the Nigerian Civil War. [2]

Many other small or distant nations have no formal diplomatic relations with Niamey except through their respective consulates at the United Nations Headquarters in New York City. Australia, for instance, only signed the instruments of formal diplomatic relations with Niamey on 7 May 2009, through their respective consular officials at the UN. [3]

Libya has in the past claimed a strip along their border of about 19,400 km² in northern Niger. There have been several decades of unresolved discussions regarding the delimitation of international boundaries in the vicinity of Lake Chad between Niger, Nigeria, Chad, and Cameroon. The lack of firm borders, as well as the receding of the lake in the 20th century led to border incidents between Cameroon and Chad in the past. An agreement has been completed and awaits ratification by Cameroon, Chad, Niger, and Nigeria.

Niger has an ongoing conflict with Benin over Lété Island, an island in the River Niger approx. 16 kilometres long and 4 kilometres wide, located around 40 kilometers from the town of Gao, Niger. Together with other smaller islands in the River Niger, it was the main object of a territorial dispute between Niger and Benin, which had begun when the two entities were still under French rule. The island, and seasonally flooded land around it is valuable to semi-nomadic Puel cattle herders as a dry season pasturage. The two countries had almost gone to war over their border in 1963 but finally chose to settle by peaceful means. In the early 90s a joint delimitation commission was tasked with solving the issue but could not reach an agreement. In 2001 the two parties chose to have the International Court of Justice (ICJ) decide on the matter once and for all. In 2005, the ICJ ruled in Niger's favour. [25]

Niger has ongoing processes delimiting sections of their borders with Burkina Faso and Mali, disputes which date back to the colonial period. These entities, along with Benin and other nations which do not border Niger, were semi independent elements of French West Africa. Within the colonial administration, borders were frequently changed, with Niger colony once possessing large portions of what is now Burkina Faso and Mali, as well as much of northern Chad, later associated with French Equatorial Africa. Disputes between these post-independence nations have been minor and peaceful. 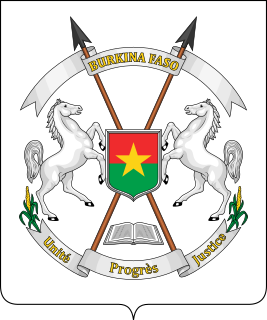 The foreign relations of Chad are significantly influenced by the desire for oil revenue and investment in Chadian oil industry and support for former Chadian President Idriss Déby. Chad is officially non-aligned but has close relations with France, the former colonial power. Relations with neighbouring Libya, and Sudan vary periodically. Lately, the Idris Déby regime waged an intermittent proxy war with Sudan. Aside from those two countries, Chad generally enjoys good relations with its neighbouring states.

Cameroon's noncontentious, low-profile approach to foreign relations puts it squarely in the middle of other African and developing country states on major issues. It supports the principles of non-interference in the affairs of third world countries and increased assistance to underdeveloped countries. Cameroon is an active participant in the United Nations, where its voting record demonstrates its commitment to causes that include international peacekeeping, the rule of law, environmental protection, and Third World economic development. In the UN and other human rights fora, Cameroon's non-confrontational approach has generally led it to avoid criticizing other countries. 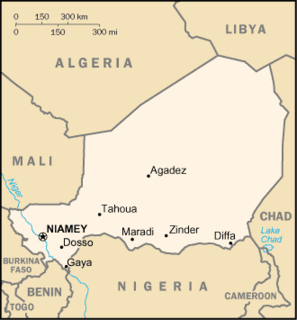 Since independence, with Jaja Wachuku as the first Minister for Foreign Affairs and Commonwealth Relations, later called External Affairs, Nigerian foreign policy has been characterised by a focus on Africa as a regional power and by attachment to several fundamental principles: African unity and independence; capability to exercise hegemonic influence in the region: peaceful settlement of disputes; non-alignment and non-intentional interference in the internal affairs of other nations; and regional economic cooperation and development. In carrying out these principles, Nigeria participates in the African Union, the Economic Community of West African States (ECOWAS), the Non-Aligned Movement, the Commonwealth of Nations, and the United Nations.

After seizing power in the 1972 coup d'état, Major Mathieu Kérékou declared the Republic of Dahomey a Marxist-Leninist state and sought financial support from communist governments in Eastern Europe and Asia. To distance the modern state from its colonial past, the country became the People's Republic of Benin in 1975. However, Benin dropped the socialist ideology in 1989 following pressure from creditors and domestic unrest related to economic hardship.

The Trans-Sahelian Highway or Trans-Sahel Highway is a transnational highway project to pave, improve and ease border formalities on a highway route through the southern fringes of the Sahel region in West Africa between Dakar, Senegal in the west and Ndjamena, Chad, in the east. Alternative names for the highway are the Dakar-Ndjamena Highway or Ndjamena-Dakar Highway and it is Trans-African Highway 5 in the Trans-African Highway network. 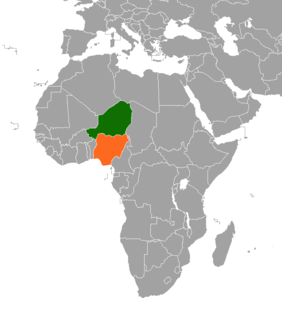 Niger–Nigeria relations refers to the current and historical relationship between Niger and Nigeria. Relations are based on a long shared border and common cultural and historical interactions.