President Flores[ who? ] consulted frequently with the other Central American presidents on issues of mutual interest. He continued his predecessor's strong emphasis on Central American cooperation and integration, which resulted in an agreement easing border controls and tariffs among Honduras, Guatemala, Nicaragua, and El Salvador. Honduras also joined its six Central American neighbors at the 1994 Summit of the Americas in signing the Alliance for Sustainable Development, known as the Conjunta Centroamerica-USA, or CONCAUSA, to promote sustainable economic development in the region. Honduras held the 6-month SICA presidency during the second half of 1998.

At the 17th Central American Summit in 1995, hosted by Honduras in the northern city of San Pedro Sula, the region's six countries (excluding Belize) signed treaties creating confidence- and security-building measures and combating the smuggling of stolen automobiles in the isthmus. In subsequent summits (held every 6 months), Honduras has continued to work with the other Central American countries on issues of common concern.

Honduras is a transshipment point for drugs and narcotics; illicit producer of cannabis, cultivated on small plots and used principally for local consumption; corruption is a major problem.

Parts of this article are based on text from the CIA World Factbook.

The Dominican Republic has a close relationship with the United States and with the other states of the Inter-American system. It has accredited diplomatic missions in most Western Hemisphere countries and in principal European capitals. 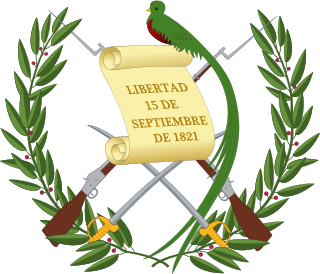 Bolivia traditionally has maintained normal diplomatic relations with all hemispheric states except Chile. Foreign relations are handled by the Ministry of Foreign Affairs, headed by the Chancellor of Bolivia, Fernando Huanacuni Mamani, the successor of David Choquehuanca Céspedes.

Mongolia has diplomatic relations with 188 states—187 UN states, the Holy See and the European Union. Of the states with limited recognition it has relations only with the State of Palestine.

The Trifinio biosphere reserve is located where El Salvador, Guatemala and Honduras meet their border, thus the prefix tri in its name. It covers an area of 221 km2 and was created in 1987 to protect the Montecristo's cloud forest and its rare flora and fauna. The dense cloud forest of oak and laurel trees, that grow up to 30 meters, houses rare wildlife species like the two-fingered anteater, striped owls, toucans, agoutis. pumas and spider monkeys.

Mexican–Spanish relations refers to the bilateral relations between Mexico and Spain. Like many other Latin American nations, despite having achieved independence, Mexico retains a stable relationship with Spain. Both nations are members of the G-20, Organisation for Economic Co-operation and Development, Organization of Ibero-American States.

Belgium–Spain relations are the bilateral relations between Belgium and Spain. Belgium has an embassy in Madrid and four consulates general in: Madrid, Barcelona, Santa Cruz de Tenerife and Alicante. Spain has an embassy in Brussels and a consulate also in Brussels. The relations between both countries are defined mainly by their membership in the European Union and by being allies in NATO, as well as belonging to numerous international organizations, which makes their relations have ample development in the framework of them.