Thomas Thomas is the name of:

Thomas Thomas known by his Welsh surname Aptommas (1829-1913) was a Welsh harpist and composer-arranger.

Thomas Henry Thomas was a Welsh artist particularly active in Cardiff. He was also interested in botany, geology, history, and archaeology which were often the subjects of his art works. He was a Fellow of the Royal Cambrian Academy of Art which was established in 1881. He was a leading force behind the founding of the National Museum of Wales and in the use of the red dragon symbolizing Wales.

Thomas Llyfnwy Thomas was a Welsh American baritone concert singer who achieved fame for his performances both in concert halls and on television and radio, most notably on The Voice of Firestone, where he was the most frequently featured singer. His concert repertoire included lieder, opera arias, ballads, spirituals and songs from musical theatre and operetta.

Thomas Thomas is a former Nominated Member of Parliament in Singapore. He is currently the chief executive officer of the Association for Southeast Asian Nations (ASEAN) Corporate Social Responsibility (CSR) Network. Prior to that, he was the Executive Director of the Singapore Compact for Corporate Social Responsibility (CSR), which serves as the national CSR society in Singapore, which is the country network and focal point of the United Nations Global Compact.

Thomas Thomas was a Welsh church minister and chapel architect, also known as Thomas Glandŵr. He is described as "the first national architect of Wales" and the "unchallenged master of chapel architecture in Wales in the 1860s".

Thomas Thomas was a Welsh Anglican clergyman. He was noted for his parish ministry in Caernarfon, particularly for his educational work in building schools and helping to found the North Wales Training College.

Thomas Llewellyn Thomas was a Welsh Anglican clergyman and scholar of the Welsh language. He wrote poems in English, Latin and Welsh and worked on a Basque translation of the Old Testament. He was a Fellow of Jesus College, Oxford for twenty-five years, including fifteen years as Vice-Principal, but failed to be elected Principal in 1895, losing out to John Rhys. 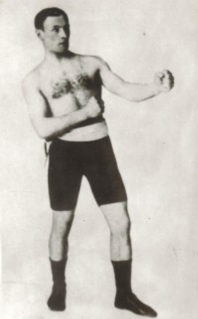 Thomas Thomas, widely known as "Dr. T. Thomas", was the first cardio-thoracic surgeon of Indian citizenship, as well as a prolific author and poet.

Tom Thomas was a baseball player.

Robert or Bob Morris may refer to:

John Jones may refer to:

John Hughes may refer to:

John Duncan may refer to:

Perkins is a surname derived from the Anglo-Saxon corruption of the kin of Pierre, introduced into England by the Norman Conquest. It is found throughout mid and southern England.

Edward or Ted Hughes may refer to:

Purnell is a name shared by:

Rob(ert), Bob, or Bobby Jones may refer to:

Griffiths is a surname with Welsh origins, as in Gruffydd ap Llywelyn Fawr. People called Griffiths recorded here include:

John James is the name of:

William Arnold may refer to: