Twetten grew up in the town of Spencer, Iowa. He graduated with a degree in psychology from Iowa State University in 1957, where he was a member of the Army R.O.T.C. After graduation, he became a military intelligence officer and received a masters from Columbia University. [2]

In 1962, he worked for the United States State Department in Lagos, Nigeria as a political officer. [2]

He was posted to Benghazi, Libya during the 1967 Arab–Israeli war, where he was the chief of base. There, he developed a friendship with Richard Calder, who went on to become Deputy Director of Administration (DDA) in 2001. [3] From 1979 to 1982, Twetten served as station chief in Amman, Jordan.[ citation needed ] In 1983, he became deputy chief of the C.I.A.'s Near East and South Asia Division and was promoted to chief in 1986. [2]

In 1988, Twetten was head of the Near East Division of the CIA's Directorate of Operations. He had a significant impact on the events in Afghanistan immediately before the Soviet Union's withdrawal. He later described former president Bill Clinton as "personally afraid of any connection with the CIA". [4]

On January 1, 1991, Twetten became the Deputy Director of Operations. His final assignment was station chief in London, United Kingdom from 1993 to 1995.[ citation needed ]

After his retirement from the CIA, Twetten became an antique-book seller in Vermont. [4] 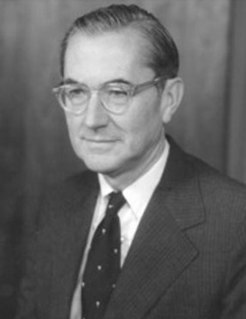 William Egan Colby was an American intelligence officer who served as Director of Central Intelligence (DCI) from September 1973 to January 1976.

James L. Pavitt was Deputy Director for Operations (DDO) for the CIA from 1999 until August 4, 2004, when he resigned a day after George Tenet. The CIA said the resignations was for personal reasons. 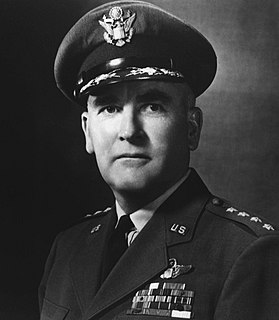 Frank Gardiner Wisner was one of the founding officers of the Central Intelligence Agency and played a major role in Agency operation throughout the 1950s.

Jose A. Rodriguez Jr. is an American former intelligence officer who served as Director of the National Clandestine Service Central Intelligence Agency (CIA). He was the final CIA deputy director for operations (DDO) before that position was expanded to D/NCS in December 2004. Rodriguez was a central figure in the 2005 CIA interrogation videotapes destruction, leading to The New York Times Editorial Board and Human Rights Watch to call for his prosecution.

Jack Gregory Downing was an American field officer for the Central Intelligence Agency (CIA). He served as its Deputy Director for Operations (DDO) from 1997 until July 1999. He was the only person to act as the agency's station head in both Moscow and Beijing.

The Bin Laden Issue Station (1996–2005) was a unit of the Central Intelligence Agency dedicated to tracking Osama bin Laden and his associates.

The U.S. Central Intelligence Agency's Mission Center forCounterterrorism was established in 1986, and is a division of the CIA's Directorate of Operations. It was renamed during an agency restructuring in 2015, and is distinct from the National Counterterrorism Center (NCTC), which is a separate entity. The most recent publicly known Assistant Director for Counterterrorism Mission Center was Chris Wood who led the organization from 2015 to 2017.

Vincent Cannistraro was Director of Intelligence Programs for the United States National Security Council (NSC) from 1984 to 1987; Special assistant for Intelligence in the Office of the Secretary of Defense until 1988; and Chief of Operations and Analysis at the Central Intelligence Agency's (CIA) Counterterrorist Center until 1991.

The Intelligence Medal of Merit is awarded by the Central Intelligence Agency for performance of especially meritorious service or for achievement conspicuously above normal duties. 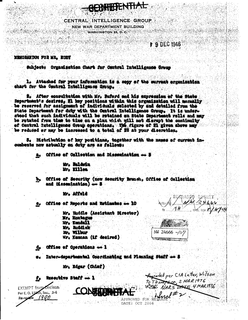 The CIA publishes organizational charts of its agency. Here are a few examples.

The Camp Chapman attack was a suicide attack by Humam Khalil Abu-Mulal al-Balawi against the Central Intelligence Agency facility inside Forward Operating Base Chapman on December 30, 2009. One of the main tasks of the CIA personnel stationed at the base was to provide intelligence supporting drone attacks in Pakistan. Seven American CIA officers and contractors, an officer of Jordan's intelligence service, and an Afghan working for the CIA were killed when al-Balawi detonated a bomb sewn into a vest he was wearing. Six other American CIA officers were wounded. The bombing was the most lethal attack against the CIA in more than 25 years.

Jack Devine is a veteran of the Central Intelligence Agency (CIA) and a founding partner and President of The Arkin Group LLC. 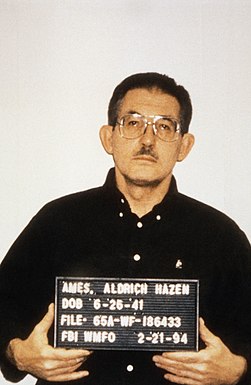 The 1995 CIA disinformation controversy arose when the Central Intelligence Agency revealed that between 1986 and 1994, it had delivered intelligence reports to the U.S. government based on agent reporting from confirmed or suspected Soviet operatives. From 1985 to his arrest in February 1994, CIA officer and KGB mole Aldrich Ames compromised Agency sources and operations in the Soviet Union and Eastern Europe, leading to the arrest of many CIA agents and the execution of at least ten of them. This allowed the KGB to replace the CIA agents with its own operatives or to force them to cooperate, and the double agents then funneled a mixture of disinformation and true material to U.S. intelligence. Although the CIA's Soviet-East European (SE) and Central Eurasian divisions knew or suspected the sources to be Soviet double agents, they nevertheless disseminated this "feed" material within the government. Some of these intelligence reports even reached Presidents Ronald Reagan and George H. W. Bush, as well as President-elect Bill Clinton.

Jonna Mendez is an American former chief of disguise in the Central Intelligence Agency's (CIA) Office of Technical Service.

Gregory W. Vogle is an American intelligence officer who served as the Director of the National Clandestine Service from January 29, 2015 until August 2017. He is a recipient of the Distinguished Intelligence Cross, the nation's highest intelligence award for valor, often described as a Medal of Honor equivalent, for his actions to defend Afghan President Hamid Karzai and his troops against an attack on their position by the Taliban in Tarinkot, Afghanistan.

Henry "Hank" A. Crumpton is a retired Central Intelligence Agency operations officer, in his 24 year career he was appointed deputy director of the Counterterrorism Center and head the CIA's National Resources Division, which focuses on operations in the United States. He played an instrumental role in the early days of the invasion of Afghanistan, leading CTC Special Operations paramilitary forces as some of the first people with boots on the ground in pursuit of the Taliban and al-Qaeda just weeks after 9/11. Gary Schroen's seven man Northern Alliance Liaison Team (NALT) forged alliances and established camp in the mountains, while Crumpton crafted a plan for a larger incursion alongside others like Greg Vogle and Chris Wood. He went on to be appointed by President George W. Bush as Coordinator for Counterterrorism at the Department of State with the rank of Ambassador-at-large on August 2, 2005. He is an author and co-founder, co-Chairman, and co-CEO of the business intelligence firm Martin+Crumpton Group LLC.

John Christopher Wood is a retired operations officer of the Central Intelligence Agency. After the terrorist attacks of September 11, 2001, he was part of the initial team of seven CIA officers with boots on the ground in Afghanistan in pursuit of al-Qa'ida and the Taliban just 15 days after the attacks. Later he held prominent positions including Kabul Station Chief and Director of the Counterterrorism Mission Center (CTMC).