Thomas Wakefield may refer to:

Wakefield is a cathedral city in the Wakefield district of West Yorkshire, England, on the River Calder and the eastern edge of the Pennines, which had a population of 99,251 at the 2011 census.

Wakefield is a town in Middlesex County, Massachusetts in the Greater Boston metropolitan area, incorporated in 1812 and located about 12.5 mi (20.1 km) north-northwest of Downtown Boston. The 73rd most populous municipality in Massachusetts, Wakefield's population was 24,932 at the 2010 census, with a 2016 population estimate of 26,399. Wakefield offers an assortment of activities around the local lake, Lake Quannapowitt.

Timothy Stephen Wakefield is an American former professional baseball pitcher. Wakefield began his pitching career with the Pittsburgh Pirates, but is most remembered for his 17-year tenure with the Boston Red Sox, from 1995 till his retirement in 2012 as the longest-serving player on the team. When he retired, Wakefield was the oldest active player in the majors.

Wakefield Trinity is a professional rugby league club in Wakefield, West Yorkshire, England, that plays in the Super League. One of the original twenty-two clubs that formed the Northern Rugby Football Union in 1895, between 1999 and 2016 the club was known as Wakefield Trinity Wildcats. The club has played at Belle Vue Stadium in Wakefield since 1895 and has rivalries with Castleford Tigers and Featherstone Rovers. Wakefield have won two premierships in their history when they went back to back in 1967 and 1968. As of 2019, it has been 51 years since Wakefield last won the league.

Wakefield is an MBTA Commuter Rail station in Wakefield, Massachusetts served by the Haverhill Line. The station is not accessible. 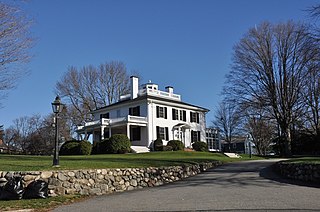 Beebe Homestead, also known as the Lucius Beebe House and Beebe Farm, is a historic Federal period home at 142 Main Street in Wakefield, Massachusetts, which was built during the federal era that extended from the late 18th-century into the 1820s. It is suspected to have been remodeled into the federal style from an earlier home built in circa 1727. It overlooks Lake Quannapowitt, and according to a 1989 study of historic sites in Wakefield, the house is "one of Wakefield's most imposing landmarks." The property was added to the National Register of Historic Places in 1989.

William Bonville, 6th Baron Harington was an English nobleman who was a loyal adherent of the House of York during the dynastic conflict in England in the 15th century known as the Wars of the Roses. He was slain and left dead on the field during the Yorkist defeat at the Battle of Wakefield, leaving his baby daughter, Cecily Bonville heiress to his barony.

The Deacon Thomas Kendall House is a historic house at One Prospect Street in Wakefield, Massachusetts. This timber frame, ​2 1⁄2-story five-bay house has Federal styling, but its massive central chimney indicates that parts of the house likely predate the Federal period, and in a style that predates 1750. The house is believed to have suffered fire damage in 1786 and been reconstructed at that time, incorporating salvaged materials. Its exterior trim exhibits several different styles, that on the north and west sides more finely carved. The second-floor windows on the south side are smaller and set near the eaves, a typical colonial period feature. The house was listed on the National Register of Historic Places in 1989.

Tony Thomas is a former professional rugby league footballer who played in the 1950s, 1960s and 1970s. He played at club level for Wakefield Trinity, and Castleford, as a centre, i.e. number 3 or 4.

The 1908–09 Challenge Cup was the 13th staging of rugby league's oldest knockout competition, the Challenge Cup.

The 1913–14 Challenge Cup was the 18th staging of rugby league's oldest knockout competition, the Challenge Cup. 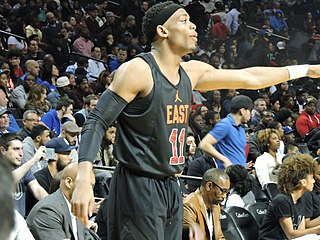 The 1883 Inangahua by-election was a by-election held on 14 May 1883 during the 8th New Zealand Parliament in the West Coast electorate of Inangahua.