Webb was a British officer, served in the royal American army, and was wounded at Louisburg and Quebec. He was converted to Methodism in 1765 by the preaching of John Wesley at Bristol, England, united with a Methodist society, was licensed to preach, and gave freely of his means to found societies, attending conferences, and preaching frequently with great fervor.

Being ordered again to the United States, he was stationed at first at Albany, New York, as barrack master, and there conducted religious services in his house. When Barbara Heck established a society in New York City, he went thither, making his first appearance in the congregation about February 1767. He preached in alternation with Philip Embury, always wear his regimental uniform, with his sword on the pulpit before him. He was the most active worker and the largest contributor for the erection of a meeting house.

On being placed on the retired list, with the rank of captain, he thenceforth travelled much as a missionary, preaching in Trenton, Burlington, and other New Jersey towns, where he founded societies, and holding regular services in Jamaica, New York, which was his home. He began to visit Philadelphia as early as 1767, and there founded the first Methodist society, to which he ministered until the arrival of Wesley's itinerants in 1769. In that year he introduced Methodism into Delaware, preaching in Newcastle and Wilmington, and later he labored in Baltimore, Maryland.

In 1772 he went to England, preached in Dublin, London, and other places, made appeals for missionaries and pecuniary aid at the conference in Leeds and elsewhere, and returned in the following year with two of the preachers that were sent in response to his solicitations. Repeating his visit, he gained other recruits for the itinerancy. Returning to England at the beginning of the Revolution, he spent the remainder of his life at Bristol, preaching there and in the neighbourhood, visiting Winchester during the war, where he preached to the French prisoners in their own language, and addressing large congregations of soldiers and sailors at Portsmouth. 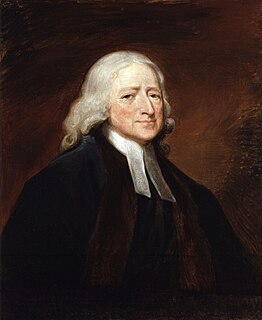 John Wesley was an English cleric, theologian, and evangelist, who was a leader of a revival movement within the Church of England known as Methodism. The societies he founded became the dominant form of the independent Methodist movement that continues to this day.

A Methodist Local Preacher is a layperson who has been accredited by the Methodist Church to lead worship and preach on a regular basis. With separation from the Church of England by the end of the 18th century, a clear distinction was recognised between itinerant ministers (presbyters) and the local preachers who assisted them. Local preachers have played an important role in Methodism since the earliest days of the movement, and have also been important in English social history. These preachers continue to serve an indispensable role in the Methodist Church of Great Britain, in which the majority of church services are led by laypeople. 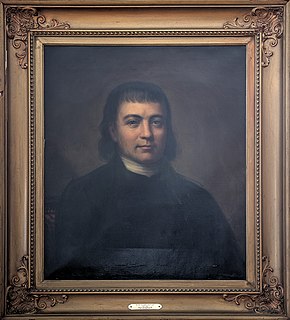 Richard Whatcoat was the third bishop of the American Methodist Episcopal Church.

Thomas Coke was the first Methodist bishop. Born in Brecon, Wales, he was ordained as a priest in 1772, but expelled from his Anglican pulpit of South Petherton for being a Methodist. Coke met John Wesley in 1776. He later co-founded Methodism in America and then established the Methodist missions overseas, which in the 19th century spread around the world. 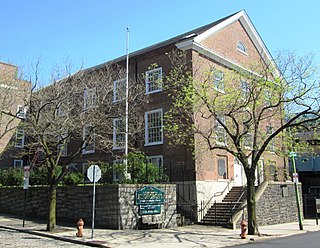 St. George's United Methodist Church, located at the corner of 4th and New Streets, in the Old City neighborhood of Philadelphia, is the oldest Methodist church in continuous use in the United States, beginning in 1769. The congregation was founded in 1767, meeting initially in a sail loft on Dock Street, and in 1769 it purchased the shell of a building which had been erected in 1763 by a German Reformed congregation. At this time, Methodists had not yet broken away from the Anglican Church and the Methodist Episcopal Church was not founded until 1784.

The Character and Death of Mrs. Hester Ann Rogers is a Methodist tract from 1794, still in print in 2008. The text is a publication of the sermon given by the Reverend Thomas Coke upon the death of the Methodist writer Hester Rogers, with an appendix written by her husband James Rogers; there is a third section, a “Supplement to the Appendix—consisting of Miscellaneous Extracts from the Journals of Mrs. Hester Ann Rogers.” Coke's sermon and James Rogers' appendix both contain published passages from Hester Rogers' own book entitled A Short Account of the Experience of Mrs. H.A. Rogers, Written by Herself as well as unpublished excerpts from her journals and correspondence. The history of the “Supplement to the Appendix” is not clear. 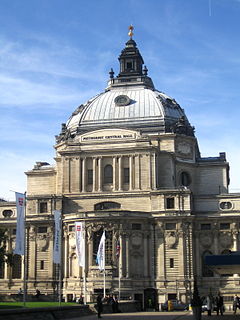 The organisation of the Methodist Church of Great Britain is based on the principle of connexionalism. This means that British Methodism, from its inception under John Wesley (1703–1791), has always laid strong emphasis on mutual support, in terms of ministry, mission and finance, of one local congregation for another. No singular church community has ever been seen in isolation either from its immediately neighbouring church communities or from the centralised national organisation. Wesley himself journeyed around the country, preaching and establishing local worshipping communities, called "societies", often under lay leadership. Soon these local communities of worshipping Christians formalised their relationships with neighbouring Methodist communities to create "circuits", and the circuits and societies contained within them, were from the very beginning 'connected' to the centre and Methodism's governing body, the annual Conference. Today, societies are better known as local churches, although the concept of a community of worshipping Christians tied to a particular location, and subdivided into smaller cell groups called "classes", remains essentially based on Wesley's societies.

Freeborn Garrettson was an American clergyman, and one of the first American-born Methodist preachers. He entered the Methodist ministry in 1775 and travelled extensively to evangelize in several states. He was called Methodism's "Paul Revere". Garrettson was an outspoken abolitionist.

Philip Embury was a Methodist preacher, a leader of one of the earliest Methodist congregations in the United States.

Thomas Birch Freeman was an Anglo-African Wesleyan minister, missionary, botanist and colonial official in West Africa. He is widely regarded as a pioneer of the Methodist Church in colonial West Africa, where he also established multiple schools. Some scholars view him as the “Founder of Ghana Methodism”. Freeman's missionary activities took him to Dahomey, now Benin as well as to Western Nigeria.

Christopher Hopper (1722–1802) was the President of the Methodist Conference in John Wesley's absence, at the Bristol conference in 1780.