Thomas Wisman is an Australian-American basketball coach and a former player. He was head coach of the national teams of England, Hong Kong, Malaysia, Japan and Qatar. [1] [2]

He won the 1995 NBL Coach of the Year Award while coaching Newcastle Falcons of the National Basketball League in Australia.

He won the championship of the 2009-10 Japanese Basketball League as head coach of Link Tochigi Brex. [3] Rodney Eyles is a former professional squash player from Australia. He is best remembered for winning the World Open title in 1997. 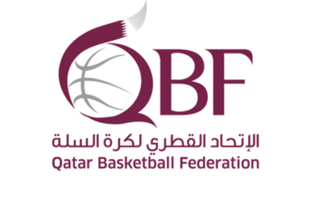 David Stuart Mitchell is a former Australian international football player who most recently worked as head coach of Malaysian Premier League club Kedah FA. A powerful striker, Mitchell is remembered as one of the pioneers for Australian players in Europe, appearing in the German Bundesliga, Dutch Eredivisie, Scottish Premier League, Turkish Super Lig, as well as the top-flight and second tier in England. In Asia, he played for clubs in Hong Kong and Malaysia. He played 44 times for the national team, including 27 appearances in 'A' internationals, scoring a total of 13 goals, and appearing in the 1988 Summer Olympic Games in Seoul.

Gao Hongbo is a retired Chinese football striker and head coach of China League One side Beijing Enterprises. He previously managed the China national football team from 2009 to 2011, and in 2016. Appointed in May 2009, Gao became the youngest man to take the helm in 30 years.

Julio César Moreno Yáñez is a Football Manager. He is the former assistant coach of Iraq national football team, previously he was the head coach of Hong Kong First Division League side Kitchee.

Tim Bredbury, born 25 April 1963 in Hong Kong is a former Liverpool FC professional player and Hong Kong International footballer. Bredbury is a UEFA A/AFC A licensed coach and is the current academy head coach of the Kitchee Football Club U14 Team.

Josep Gombau Balague is a Spanish football manager who is currently the manager of Indian Super League club Odisha. He is a former FC Barcelona youth team coach and has held multiple positions at Barcelona academies. Gombau holds the highest coaching licence in Spain with the equivalent of the UEFA Pro Diploma attained at the Catalan Football Federation.

Marko Kraljević is a former German-Croat footballer and current coach.

The 2012 season was the 33rd season of competitive football in Malaysia. 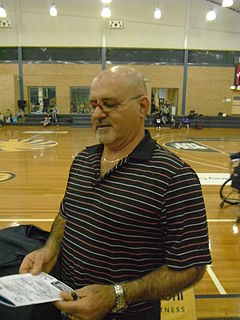 John Triscari is an Australian basketball coach. He was the coach of the Australia women's national wheelchair basketball team at the 2012 Summer Paralympics, where the team won a silver medal. He is a long-time coach in the State Basketball League, currently in the position of head coach of the South West Slammers men's team.

Qualification for the 2021 FIBA Asia Cup are currently being held to determine the sixteen participants in this FIBA Asia Cup.