Thompson (also known as Zion Hill) is an unincorporated community in Trinity County, Texas. The community has a church and some homes; it once had a school, which opened in the 1880s. [1] It is incorrectly sometimes referred as Brush Prairie, which was a town right beside Zion Hill. 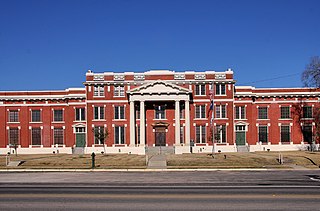 Trinity County is a county located in the U.S. state of Texas. As of the 2010 census, the population was 14,585. Its county seat is Groveton. The county is named for the Trinity River. 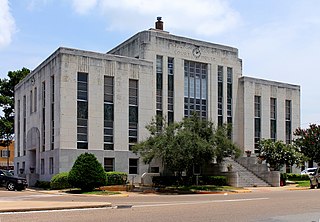 Houston County is a county located in the U.S. state of Texas. As of the 2010 census, the population was 23,732. Its county seat is Crockett. Houston County was one of forty-six prohibition or entirely dry counties in the state of Texas, until voters in a November 2007 special election legalized the sale of alcohol in the county.

Fair Oaks is an unincorporated community located in Henrico County, Virginia. Fair Oaks Station was located on the Richmond and York River Railroad and played a role in the Peninsula Campaign in 1862 during the American Civil War. A major battle was fought nearby, known variously as the Battle of Fair Oaks or the Battle of Seven Pines. 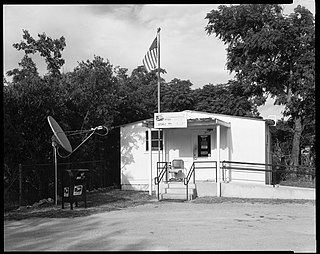 Star is an unincorporated community in Mills County in Central Texas. According to the Handbook of Texas, the community had an estimated population of 85 in 2000.

The Texas District is one of the 35 districts of the Lutheran Church–Missouri Synod (LCMS), and comprises the state of Texas with the exception of El Paso County, which is in the Rocky Mountain District. The Texas District includes approximately 360 congregations and missions, subdivided into 39 circuits, as well as 73 preschools, 41 elementary schools and 10 high schools. Baptized membership in district congregations is approximately 133,000.

Walburg, originally called Concordia, is an unincorporated area located at the crossroads of Farm to Market Road 972 and Farm to Market Road 1105 in Williamson County, Texas, United States, thirty-three miles northeast of Austin. Walburg is a German American settlement. With its heritage of buildings from the late 1890s, Walburg is a popular site for films, including Michael and The Texas Chain Saw Massacre.

Helm is an unincorporated community in Fresno County, California. It is located 13 miles (21 km) south of Kerman, at an elevation of 187 feet.

Clayton is an unincorporated community in Panola County, Texas, United States. According to the Handbook of Texas, the community had an estimated population of 79 in 2000. 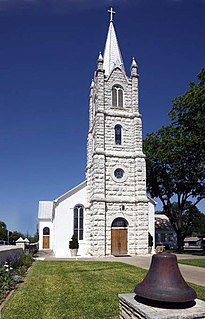 Zion Lutheran Church is located in Fredericksburg, in Gillespie County, in the U.S. state of Texas. It is the oldest Lutheran Church in the Texas Hill Country and one of the oldest in Texas. The church was built by six families in 1852. On January 13, 1853, twelve founders signed its articles of organization. The cornerstones for the church were set on March 6, 1854. Designated a Recorded Texas Historic Landmark in 1964, Marker number 10132.

Zion Hill may refer to:

Center Grove is an unincorporated community in Houston County, Texas. It is located at the intersection of FM 1309 and FM 1280.

Red Branch is an unincorporated community in Trinity County, Texas, near the Houston County line. Red Branch is located on Texas State Highway 19 16 miles (26 km) west of Groveton. Red Branch had a school, which opened before 1896 and was consolidated in 1938. By the 1990s, all that remained of the community were some dispersed homes.

Lacy is an unincorporated community in Trinity County, Texas. In 1930 Lacy had a church, school, cemetery, and a few houses. The population was 44 as of 2000.

Carlisle is an unincorporated community in Trinity County, Texas. Its population is 68 as of 2000. The community was named after John Carlisle who established mills in the Carlisle and Carmona areas. A post office was established in 1906 and discontinued in 1955.

Brush Prairie, also known as Brushy Creek, is a community founded in 1900 in Trinity County, Texas on FM 1280 11 miles from Groveton, near Zion Hill.

Centerville, also known as Little Centerville is a community located in Trinity County, Texas, at the intersection of highway 94 and FM 358, 9 miles from Groveton. The town was established in the 1930s when a school was established. The population was 400 in the 1960s, but declined in the 1970s and 1980s. The population was 60 in 2000. The school still remains and is classified by the University Interscholastic League as a "A" school.

Saron was a sawmill town in Trinity County, Texas. It was located on Texas highway 94 about 8 miles from Groveton. Now a farming community, the estimated population is 5.

Sumpter is a former town in central Trinity County, Texas, United States. Burials in the cemetery date from 1840. County seat located here in 1854. Town was laid out November 20, 1855 and incorporated in 1862. In 1872 the courthouse and records were destroyed by fire. It was the first county seat of Trinity County, but after the town of Trinity was named the county seat in 1873, Sumpter was gradually abandoned.

Valle Vista is a census-designated place (CDP) in Starr County, Texas, United States. It is a new CDP formed from part of the old La Victoria CDP prior to the 2010 census with a population of 469.