Thompson Point may refer to:

Thompson Point is a coastal locality in the Livingstone Shire, Queensland, Australia. In the 2016 census, Thompson Point had a population of 10 people.

The Brisbane River is the longest river in South East Queensland, Australia, and flows through the city of Brisbane, before emptying into Moreton Bay. John Oxley, the first European to explore the river, named it after the Governor of New South Wales, Sir Thomas Brisbane in 1823. The penal colony of Moreton Bay later adopted the same name, eventually becoming the present city of Brisbane.

Capricorn Coast is a national park in the Shire of Livingstone, Queensland, Australia.

Kangaroo Point is a suburb of Brisbane, Queensland, Australia, located directly east across the Brisbane River from the Brisbane central business district.

Slade Point is a town and peninsular suburb of Mackay in the Mackay Region, Queensland, Australia. 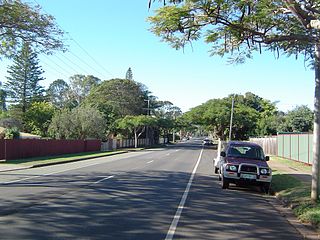 Victoria Point is a coastal locality in Redland City, Queensland, Australia. In the 2016 census, Victoria Point had a population of 15,020 people. 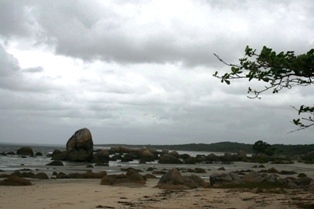 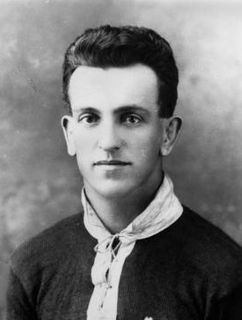 Duncan Fulton Thompson MBE was an Australian rugby league footballer, coach and administrator. He saw active service in the WWI, was named amongst the nation's finest footballers of the 20th century, and is regarded as the father of modern coaching. 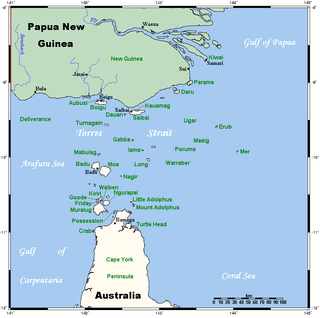 The Endeavour Strait is a strait running between the Australian mainland Cape York Peninsula and Prince of Wales Island in the extreme south of the Torres Strait, in northern Queensland, Australia. It was named in 1770 by explorer James Cook, after his own vessel, HMS Endeavour, and he used the strait as passage out to the Indian Ocean on his voyage.

Ray Thompson is a Papua New Guinea international rugby league footballer. He is a Indigenous All Stars representative and spent his entire professional career with the North Queensland Cowboys. He primarily played as a five-eighth, halfback and hooker. 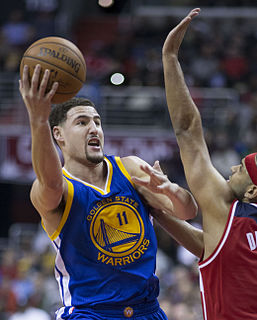 Klay Alexander Thompson is an American professional basketball player for the Golden State Warriors of the National Basketball Association (NBA). He is credited as one of the greatest shooters in NBA history. A three-time NBA champion with the Warriors, he is a five-time NBA All-Star and a two-time All-NBA Third Team honoree. He has also been named to the NBA All-Defensive Second Team.

Bidjara is an Australian Aboriginal language. In 1980, it was spoken by twenty elders in Queensland between the towns of Tambo and Augathella, or the Warrego and Langlo rivers. The language is being revitalised and is being taught in local schools in the region.

The Town of Clermont is a former local government area for Clermont, Queensland, Australia.

Mount Thompson Memorial Gardens and Crematorium includes a heritage-listed chapel, columbaria and other features. It is located on north-western slopes of Mount Thompson in Brisbane, Australia. The street address is Nursery Road in Holland Park. It was established in 1934 as the first crematorium in Queensland.

The 2017 Brisbane International was a tournament of the 2017 ATP World Tour and 2017 WTA Tour. It was played on outdoor hard courts in Brisbane, Queensland, Australia. It was the ninth edition of the tournament and took place at the Queensland Tennis Centre in Tennyson. It was held from 1 to 8 January 2017 as part of the Australian Open Series in preparation for the first Grand Slam of the year.

Dulong is a locality in the Sunshine Coast Region, Queensland, Australia.

Rubyanna is a locality in the Bundaberg Region, Queensland, Australia.