Thompson v. Johnson County Community College, 108 F.3d 1388 (10th Cir. 1997) [1] is a decision by the United States Court of Appeals for the Tenth Circuit, involving the Johnson County Community College and its practice of giving workers no right to privacy in bathrooms or changing rooms. The college had used video to monitor the changing rooms, and since changing is a public function, there should be no expectation of privacy. [2] [3]

Its importance includes rulings on the lack of expectation of privacy in public areas. [4]

The Omnibus Crime Control and Safe Streets Act of 1968 was legislation passed by the Congress of the United States and signed into law by President Lyndon B. Johnson that established the Law Enforcement Assistance Administration (LEAA). Title III of the Act set rules for obtaining wiretap orders in the United States. It had been started shortly after November 22, 1963 when evidence in the assassination of President John F. Kennedy increased public alertness to the relative lack of control over the sale and possession of guns in the United States. The act was a major accomplishment of Johnson's war on crime.

Student rights are those rights, such as civil, constitutional, contractual and consumer rights, which regulate student rights and freedoms and allow students to make use of their educational investment. These include such things as the right to free speech and association, to due process, equality, autonomy, safety and privacy, and accountability in contracts and advertising, which regulate the treatment of students by teachers and administrators. There is very little scholarship about student rights throughout the world. In general most countries have some kind of student rights enshrined in their laws and proceduralized by their court precedents. Some countries, like Romania, in the European Union, have comprehensive student bills of rights, which outline both rights and how they are to be proceduralized. Most countries, however, like the United States and Canada, do not have a cohesive bill of rights and students must use the courts to determine how rights precedents in one area apply in their own jurisdictions.

The Electronic Communications Privacy Act of 1986 (ECPA) was enacted by the United States Congress to extend restrictions on government wire taps of telephone calls to include transmissions of electronic data by computer, added new provisions prohibiting access to stored electronic communications, i.e., the Stored Communications Act, and added so-called pen trap provisions that permit the tracing of telephone communications . ECPA was an amendment to Title III of the Omnibus Crime Control and Safe Streets Act of 1968, which was primarily designed to prevent unauthorized government access to private electronic communications. The ECPA has been amended by the Communications Assistance for Law Enforcement Act (CALEA) of 1994, the USA PATRIOT Act (2001), the USA PATRIOT reauthorization acts (2006), and the FISA Amendments Act (2008).

Orin Samuel Kerr is a professor of law at the USC Gould School of Law. He is known as a scholar in the subjects of computer crime law and internet surveillance. Kerr is one of the contributors to the law-oriented blog titled The Volokh Conspiracy. 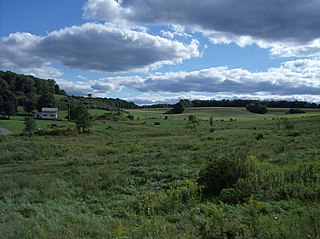 The open-fields doctrine, in the U.S. law of criminal procedure, is the legal doctrine that a "warrantless search of the area outside a property owner's curtilage" does not violate the Fourth Amendment to the United States Constitution. However, "unless there is some other legal basis for the search," such a search "must exclude the home and any adjoining land that is within an enclosure or otherwise protected from public scrutiny."

Email privacy is a broad topic dealing with issues of unauthorized access and inspection of electronic mail. This unauthorized access can happen while an email is in transit, as well as when it is stored on email servers or on a user computer. In countries with a constitutional guarantee of the secrecy of correspondence, whether email can be equated with letters and has legal protection from all forms of eavesdropping comes under question because of the very nature of email. This is especially important as relatively more communication occurs via email compared to via postal mail.

Expectation of privacy is a legal test which is crucial in defining the scope of the applicability of the privacy protections of the Fourth Amendment to the United States Constitution. It is related to, but is not the same as, a right to privacy, a much broader concept which is found in many legal systems.

John Saul Edwards is an American politician and lawyer. He is a member of the Senate of Virginia, representing the 21st district.

Employee Monitoring is the act of employers surveying employee activity through different surveillance methods. Organizations engage in employee monitoring for different reasons such as to track performance, to avoid legal liability, to protect trade secrets, and to address other security concerns. This practice may impact employee satisfaction due to its impact on the privacy of the employees. Among organizations, the extent and methods of employee monitoring differ.

Bourke v. Nissan Motor Corp., No. B068705, was a California court case in which the Second Appellate District Court of the California Courts of Appeal upheld the original decision of the trial court in favor of the defendant, Nissan Motor Corporation, against the charges of the plaintiffs, who alleged wrongful termination, invasion of privacy, and violation of their constitutional right to privacy, under the California constitution, in connection with Nissan's retrieval, printing, and reading of E-mail messages authored by plaintiffs.

Ontario v. Quon, 560 U.S. 746 (2010), is a United States Supreme Court case concerning the extent to which the right to privacy applies to electronic communications in a government workplace. It was an appeal by the city of Ontario, California, from a Ninth Circuit decision holding that it had violated the Fourth Amendment rights of two of its police officers when it disciplined them following an audit of pager text messages that discovered many of those messages were personal in nature, some sexually explicit. The Court unanimously held that the audit was work-related and thus did not violate the Fourth Amendment's protections against unreasonable search and seizure.

O'Connor v. Ortega, 480 U.S. 709 (1987), is a United States Supreme Court decision on the Fourth Amendment rights of government employees with regard to administrative searches in the workplace, during investigations by supervisors for violations of employee policy rather than by law enforcement for criminal offenses. It was brought by Magno Ortega, a doctor at a California state hospital after his supervisors found allegedly inculpatory evidence in his office while he was on administrative leave pending an investigation of alleged misconduct. Some of what they uncovered was later used to impeach a witness who testified on his behalf at the hearing where he unsuccessfully appealed his dismissal.

Mancusi v. DeForte, 392 U.S. 364 (1968), is a decision of the United States Supreme Court on privacy and the Fourth Amendment. It originated in the lower courts as United States ex rel. Frank DeForte, appellant v. Vincent R. Mancusi, Warden of Attica Prison, Attica, New York, appellee, a petition for a writ of habeas corpus by a prisoner who had exhausted all his state appeals. By a 6–3 margin the Court affirmed the United States Court of Appeals for the Second Circuit's reversal of a district court denial of the petition.

United States v. Knotts, 460 U.S. 276 (1983), was a United States Supreme Court case regarding the use of an electronic surveillance device. The defendants argued that the use of this device was a Fourth Amendment violation. The device in question was described as a beeper that could only be tracked from a short distance. During a single trip, officers followed a car containing the beeper, relying on beeper signal to determine the car's final destination. The Court unanimously held that since the use of such a device did not violate a legitimate expectation of privacy there was no search and seizure and thus the use was allowed without a warrant. It reasoned that a person traveling in public has no expectation of privacy in one's movements. Since there was no search and seizure there was not a Fourth Amendment violation.

United States v. Jones, 565 U.S. 400 (2012), was a landmark United States Supreme Court case which held that installing a Global Positioning System (GPS) tracking device on a vehicle and using the device to monitor the vehicle's movements constitutes a search under the Fourth Amendment.

Michael A. Smyth v. The Pillsbury Company, 914 F. Supp. 97 was decided on January 18, 1996 in the United States District Court for the Eastern District of Pennsylvania. Michael A. Smyth was a regional operations manager at the Pillsbury Company. Smyth had a company email account that he was able to access from work and home. Pillsbury, on multiple occasions, told its employees that all email communications were private, confidential, and that there was no danger of the messages being intercepted and used as grounds for discipline or termination.

Los Angeles v. Patel, 576 U.S. ___ (2015), was a United States Supreme Court case in which the Court held that a Los Angeles law, Municipal Code § 41.49, requiring hotel operators to retain records about guests for a ninety-day period is facially unconstitutional under the Fourth Amendment to the United States Constitution because it does not allow for pre-compliance review.