Last updated September 28, 2019
Icelandic economist
This is an Icelandic name. The last name is patronymic, not a family name; this person is referred to by the given name Þórarinn. 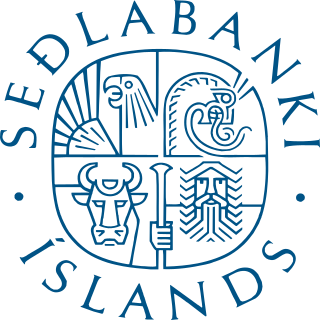 The Central Bank of Iceland is the central bank or reserve bank of Iceland. It has served in this capacity since 1961, when it was created by an act of the Alþingi out of the central banking department of Landsbanki Íslands, which had the sole right of note issuance since 1927 and had conducted only limited monetary policy.

He has published numerous articles in domestic and international academic journals on monetary policy and macroeconomics. [2] From 2001 to 2006, he led an effort to develop the Central Banks‘ new Quarterly Macroeconomic Model (QMM) of the Icelandic economy. [3]

Macroeconomics is a branch of economics dealing with the performance, structure, behavior, and decision-making of an economy as a whole. This includes regional, national, and global economies.

Stanley Fischer is an Israeli American economist and former vice chairman of the Federal Reserve. Born in Northern Rhodesia, he holds dual citizenship in Israel and the United States. He served as governor of the Bank of Israel from 2005 to 2013. He previously served as chief economist at the World Bank. On January 10, 2014, United States President Barack Obama nominated Fischer to be Vice-Chairman of the US Federal Reserve Board of Governors. On September 6, 2017, Stanley Fischer announced that he was resigning as Vice-Chairman for personal reasons effective October 13, 2017.

Ricardo A. M. R. Reis is a Portuguese economist and the A. W. Phillips professor of economics at the London School of Economics. In a 2013 ranking of young economists by Glenn Ellison, Reis was considered the top economist with a PhD between 1996 and 2004., and in 2016 he won the Germán_Bernácer_Prize prize for top European-born economist researching macroeconomics and finance. He writes a weekly op-ed for the Portuguese newspaper Jornal de Noticias and participates frequently in economic debates in Portugal.

Robert Joseph Barro is an American macroeconomist and the Paul M. Warburg Professor of Economics at Harvard University. The Research Papers in Economics project ranked him as the fifth most influential economist in the world, as of March 2016, based on his academic contributions. Barro is considered one of the founders of new classical macroeconomics, along with Robert Lucas, Jr. and Thomas J. Sargent. He is currently a senior fellow at Stanford University's Hoover Institution and co-editor of the Quarterly Journal of Economics, the top journal in economics in terms of its impact factor.

Ronald MacDonald OBE is a Scottish economist specialising in applied exchange rate analysis through econometric techniques. He is currently the Adam Smith Professor of Political Economy at the Adam Smith Business School in the University of Glasgow. 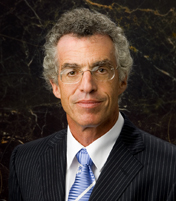 Wynne Godley was an economist famous for his pessimism toward the British economy and his criticism of the British government. 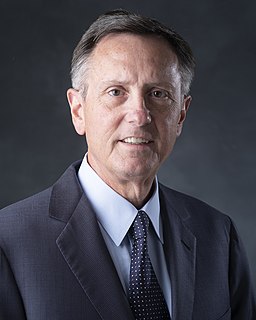 Richard Harris Clarida is an American economist and Vice Chairman of the Federal Reserve. He is the C. Lowell Harriss Professor of Economics and International Affairs at Columbia University and, until September 2018, Global Strategic Advisor for PIMCO. He is notable for his contributions to dynamic stochastic general equilibrium theory and international monetary economics. He is a former Assistant Secretary of the Treasury for Economic Policy and is a recipient of the Treasury Medal.

Ásgeir Jónsson is an Icelandic economist, teacher and author. He has been a notable contributor to the Icelandic policy debate during the boom and crisis periods. He is the son of Jon Bjarnason, Minister of Agriculture and Fisheries (2009-2011). He is the current governor of the Central Bank of Iceland.

Már Guðmundsson is an Icelandic economist and policy maker. He was the Governor of the Central Bank of Iceland from 2009 to 2019.