Thorndike or Thorndyke may refer to:

This disambiguation page lists articles associated with the title Thorndike.
If an internal link led you here, you may wish to change the link to point directly to the intended article. 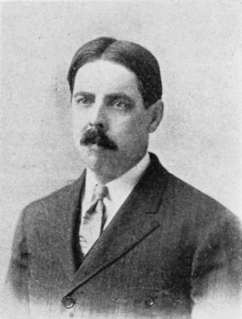 Edward Lee Thorndike was an American psychologist who spent nearly his entire career at Teachers College, Columbia University. His work on comparative psychology and the learning process led to the theory of connectionism and helped lay the scientific foundation for educational psychology. He also worked on solving industrial problems, such as employee exams and testing. He was a member of the board of the Psychological Corporation and served as president of the American Psychological Association in 1912. A Review of General Psychology survey, published in 2002, ranked Thorndike as the ninth-most cited psychologist of the 20th century. Edward Thorndike had a powerful impact on reinforcement theory and behavior analysis, providing the basic framework for empirical laws in behavior psychology with his law of effect. Through his contributions to the behavioral psychology field came his major impacts on education, where the law of effect has great influence in the classroom. 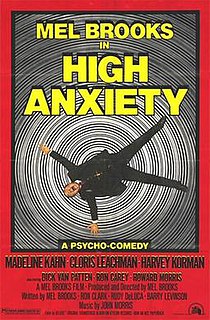 High Anxiety is a 1977 American satirical comedy film produced and directed by Mel Brooks, who also plays the lead. This is Brooks' first film as a producer and first speaking lead role. Veteran Brooks ensemble members Harvey Korman, Cloris Leachman, and Madeline Kahn are also featured. It is a parody of Alfred Hitchcock films.

The Darwin–Wedgwood family are members of two connected families, each noted for particular prominent 18th-century figures: Erasmus Darwin, a physician and natural philosopher, and Josiah Wedgwood, a noted potter and founder of the eponymous Wedgwood and Sons pottery company. The Darwin and Wedgwood families were on friendly terms for much of their history and members intermarried, notably Charles Darwin, who married Emma Wedgwood.

John Thorndike was one of the first founders of the Massachusetts Bay Colony. Other sources show his birth date as born February 1610/11.

Ashley Horace Thorndike was an American educator and expert on William Shakespeare. He was the son of a clergyman Edward R Thorndike, and the brother of Lynn Thorndike, an American historian of medieval science and alchemy, and Edward Lee Thorndike known for being the father of modern educational psychology.

Anthony Nicholls was an English actor.

Benjamin Parry was Church of Ireland Bishop of Ossory from 27 January 1678 until his death later the same year.

Underhill is a surname. Notable people with the surname include:

Lowell is a surname, see "Lowell family" for name origin. Notable people with the surname include: 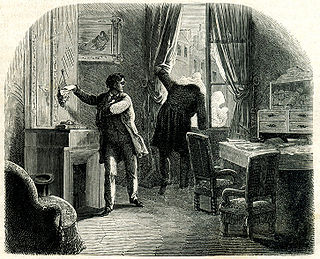 Fictional detectives are characters in detective fiction. These individuals have long been a staple of detective mystery crime fiction, particularly in detective novels and short stories. Much of early detective fiction was written during the "Golden Age of Detective Fiction" (1920s–1930s). These detectives include amateurs, private investigators and professional policemen. They are often popularized as individual characters rather than parts of the fictional work in which they appear. Stories involving individual detectives are well-suited to dramatic presentation, resulting in many popular theatre, television, and film characters.

Mary Elizabeth Wilson Sherwood was an American author and socialite. She wrote short stories, poetry, several books, and etiquette manuals, in addition to contributing to many magazines and translating poems from European languages. Among her writings are The Sarcasm of Destiny, A Transplanted Rose, Manners and Social Usages, Sweet Briar, and Roxobel. Better known as Mrs. John Sherwood, some of her literary works were published as "M.E.W.S." or "M.E.W. Sherwood".

Frances Cope, also known as Frances Thorndike, was an American mathematician who published on irregular differential equations. The Thorndike nomogram, a two-dimensional diagram of the Poisson distribution, is named for her.