Founded in 1875, Thornwell is a diverse non-profit ministry across Florida, Georgia, and South Carolina committed to the most innovative and effective solutions to heal, strengthen, and empower children and families. Thornwell aligns with child welfare agencies to prevent child abuse and neglect, build up and reunite families, and support healthy communities in the name of Jesus Christ.

Thornwell was originally Thornwell Orphanage, and it opened in Clinton, South Carolina on October 1, 1875, to ten orphaned children. It was founded by Reverend William Plumer Jacobs and named for noted theologian James Henley Thornwell. Dr. Jacobs went on to found Presbyterian College and his son Thornwell Jacobs revitalized Oglethorpe University.

Thornwell Orphanage came to be when a ten-year-old, Willie Anderson, gave Dr. Jacobs fifty cents to "build your orphanage." Dr. Jacobs built the orphanage with the help of his church and presided over the orphanage until his death in 1917.

Thornwell Home for Children, once known as Thornwell Home and School for Children (formerly Thornwell Orphanage), operates 12 residential cottages with 6-8 children per home. It has school buildings, an infirmary, office facilities, recreational facilities (including a swimming pool, gymnasium, ballfields and tennis courts), a museum, a dining hall, a Church and Sunday-school building (Hartness-Thornwell Memorial Presbyterian Church), a farm (Lushacres Farm) and various maintenance facilities. Thornwell is supported by the Presbyterian Church (USA) Synod of the South Atlantic, congregations within the Synod and without, and private donations.

Thornwell has some interesting attributes:

Thornwell is located in downtown Clinton, on South Broad Street and across the street from Presbyterian College.

Thornwell School was shut down in May 2007 due to insufficient funding, however the home remains open. 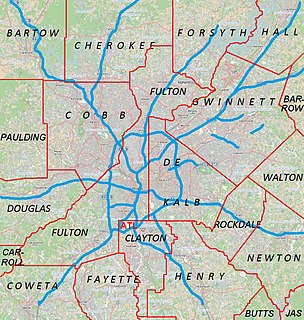 Oglethorpe University is a private liberal arts college in Brookhaven, Georgia. Originally chartered in 1835, it was named in honor of General James Edward Oglethorpe, founder of the Colony of Georgia.

Union Presbyterian Seminary is a Presbyterian seminary in Richmond, Virginia. It also has a non-residential campus in Charlotte, North Carolina and an online blended learning program.

St Mary's College is a private Catholic girls' school located within the "square mile" of the city of Adelaide, South Australia. 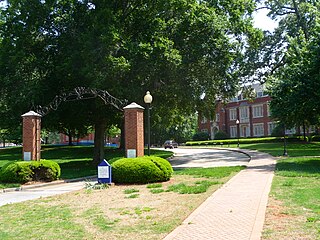 Columbia Theological Seminary is a Presbyterian seminary in Decatur, Georgia. It is one of ten theological institutions affiliated with the Presbyterian Church (USA).

McCormick Theological Seminary is a school of theology of the Presbyterian Church (USA) located in Chicago, Illinois. It shares a campus with the Lutheran School of Theology at Chicago, bordering the campus of the University of Chicago. Primarily a seminary serving the Presbytery of Chicago and the Synod of Lincoln Trails, McCormick Theological Seminary also educates members of other Christian denominations. 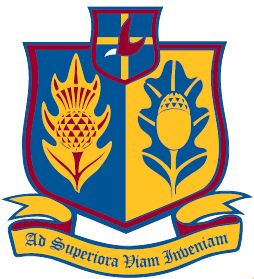 Scotch Oakburn College is a coeducational, open entry, day and boarding school in Launceston, Tasmania, providing for students from Early Learning through to Year 12.

Thornwell Jacobs was an educator, author, and a Presbyterian minister. 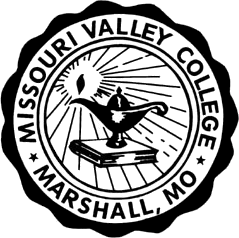 Missouri Valley College is a private liberal arts college that is affiliated with the Presbyterian Church (USA) and located in Marshall, Missouri. The college was founded in 1889 and supports 40 academic majors and an enrollment close to 1,500 students. Missouri Valley College is accredited by the Higher Learning Commission, a Commission of the North Central Association of Colleges and Schools.

Goodland Academy is a boarding school located in Choctaw County, Oklahoma, 3 miles (4.8 km) southwest of Hugo in southeastern Oklahoma, USA. Founded in 1848 as a Presbyterian mission, it is the oldest private boarding school in Oklahoma still in operation.

The Old Presbyterian Meeting House is a Christian church in Alexandria, Virginia. It is part of the National Capital Presbytery and the Synod of the Mid-Atlantic of the Presbyterian Church (USA). The campus was added to the National Register of Historic Places in 2001. The church also lies within the bounds of the Alexandria Historic District.

Porter-Leath, formerly known as the Children's Bureau, is a non-profit organization based in Memphis, Tennessee that serves children and families in the area. Porter-Leath was founded in 1850 as an orphanage and has since grown to six program service areas. The agency retains the early nature of its mission by providing foster care and has also expanded to early childhood education.

Presbyterian Orphans Home, now known as Presbyterian Homes & Family Services, is a historic "cottage style" orphanage complex located at Lynchburg, Virginia. It consists of six residence halls, a superintendent's house, and an executive building, all constructed of brick in the Georgian Revival style. Also on the property is a Greek Revival style gymnasium. Other contributing buildings and structures include the maintenance building, swimming pool, two farmhouses, dairy barn, stable, barn, and entry gates. A contributing site is the campus circle. The original buildings were constructed in 1911. 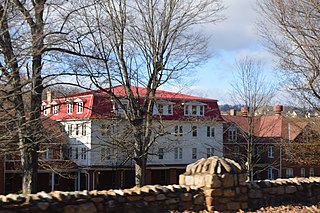 The Massanetta Springs Historic District is a retreat in Rockingham County, Virginia, administered by the Presbyterian Synod of Virginia, and chiefly associated with the Massanetta Springs Summer Bible Conference Encampment. The district includes the Hotel (1910), Hudson Auditorium (1922) and Camp Massanetta (1955–56). A Methodist camp existed at the site, originally known as Taylor's Springs, from 1816. 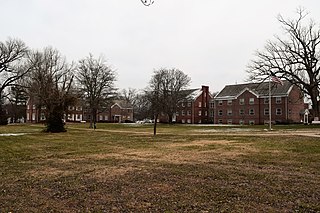 Presbyterian Orphanage of Missouri, also known as Farmington Children's Home and Presbyterian Children's Home, is a historic orphanage and national historic district located at 412 West Liberty Street in Farmington, St. Francois County, Missouri. The district encompasses five contributing large brick buildings built between 1939 and the early 1950s in the Georgian Revival style. They are the Administration Building and Dining Hall, built in 1939 and enlarged in the 1940s, two large dormitories built in the early 1950s, and a smaller "hospital" building known as Holmes Cottage built in 1940. 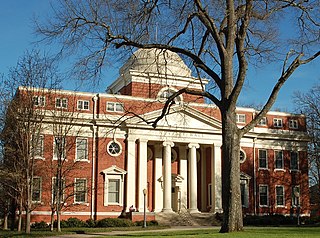