Thornyhold is a fantasy novel by Mary Stewart published in 1988.

The story is about a lonely child, Geillis "Gilly" Ramsey, who is made to see the world through her mother's cousin's (also Geillis — Gilly was named after her) unusual eyes. When the child becomes a young woman, she inherits her dead cousin's house as well as her reputation among the local community as a white witch and herbalist. However, as she finds out, this is no normal community, and worries quickly present themselves. Magical effort is pointed at the attractive and widowed popular writer, Christopher Dryden, who lives in rural isolation with his young son.

As Christopher Dryden points out to Gilly, [1] her (and her mother's cousin's) name is that of a real witch, Geillis Duncane, who was tried in Edinburgh in the late 16th century during the North Berwick witch trials. [2] Gilly's rival for the affections of Dryden, Agnes Sampson, shares a name with another woman tried at North Berwick. [1]

Sweep is a series of young adult fantasy novels written by Cate Tiernan, the first of which, Book of Shadows, was published in 2001. The series follows a teenage girl, Morgan Rowlands, who discovers she is the descendant of a long line of witches, and possesses powerful magic of her own. 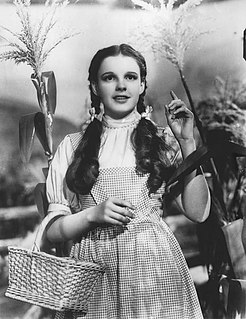 Dorothy Gale is a fictional character created by American author L. Frank Baum as the protagonist in many of his Oz novels. She first appears in Baum's classic 1900 children's novel The Wonderful Wizard of Oz and reappears in most of its sequels. In addition, she is the main character in various adaptations, notably the classic 1939 film adaptation of the novel, The Wizard of Oz.

The Witches is a British children's dark fantasy novel by the British writer Roald Dahl. The story is set partly in Norway and partly in England, and features the experiences of a young English boy and his Norwegian grandmother in a world where child-hating societies of witches secretly exist in every country. The witches are ruled by the extremely vicious and powerful Grand High Witch, who arrives in England to organize her plan to turn all of the children in England into mice. 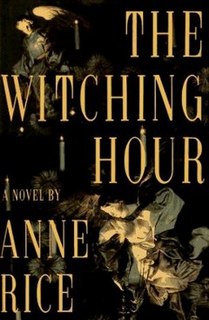 Lives of the Mayfair Witches is a trilogy of Gothic supernatural horror/fantasy novels by American novelist Anne Rice. It centers on a family of witches whose fortunes have been guided for generations by a spirit named Lasher. The series began in 1990 with The Witching Hour, which was followed by the sequels Lasher (1993) and Taltos (1994). All three novels debuted at No. 2 on The New York Times Best Seller list. 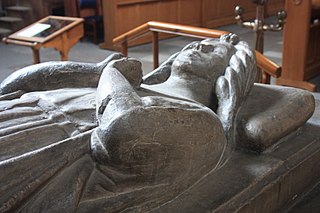 Marjorie Bruce or Marjorie de Brus was the eldest daughter of Robert the Bruce, King of Scots, and the only child born of his first marriage with Isabella of Mar. 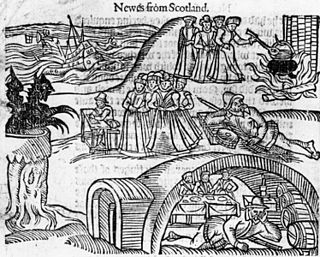 The North Berwick witch trials were the trials in 1590 of a number of people from East Lothian, Scotland, accused of witchcraft in the St Andrew's Auld Kirk in North Berwick on Halloween night. They ran for two years, and implicated over seventy people. These included Francis Stewart, 5th Earl of Bothwell, on charges of high treason.

The Witch of Blackbird Pond is a children's novel by American author Elizabeth George Speare, published in 1958. The story takes place in late-17th century New England. It won the Newbery Medal in 1959. 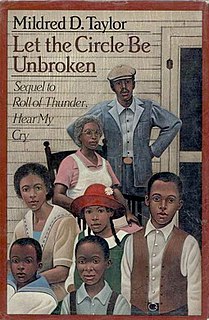 Let The Circle Be Unbroken is the 1981 sequel to Roll of Thunder, Hear My Cry (1976), written by Mildred D. Taylor. T.J.'s punishment is approaching, Stacey runs away to find work, and the Logan children's cousin, Suzella Rankin, tries to pass herself off as a white person, but fails which leads to embarrassing consequences. It won the Coretta Scott King Author Award in 1982.

The Great Gilly Hopkins is a realistic children's novel by Katherine Paterson. It was published by Crowell in 1978 and it won the U.S. National Book Award next year. In 2012 it was ranked number 63 among all-time children's novels in a survey published by School Library Journal – the third of three books by Paterson in the top 100.

The View from Castle Rock is a book of short stories by Canadian author Alice Munro, recipient of the 2013 Nobel Prize in Literature, which was published in 2006 by McClelland and Stewart.

Night World is a series of ten young adult fantasy novels by American author L. J. Smith. The series presents a story in which vampires, witches, werewolves, and shape-shifters live among humans without their knowledge. These supernatural races make up a secret society known as the Night World, which enforces two fundamental laws to prevent discovery: 1) Never allow humans to gain knowledge of the Night World's existence and, 2) Never fall in love with a human. 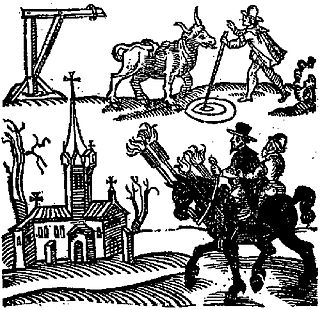 Newes from Scotland - declaring the damnable life and death of Dr. Fian, a notable sorcerer is a pamphlet printed in London in 1591, and likely written by James Carmichael, who later advised King James VI on the writing of his book Daemonologie. It describes the North Berwick witch trials in Scotland and the confessions given before the king, and was published in Daemonologie by King James in 1597.

In early modern Scotland, inbetween the early 16th century and the mid-18th century, judicial proceedings concerned with the crimes of witchcraft took place as part of a series of witch trials in Early Modern Europe. In the late middle age there were a handful of prosecutions for harm done through witchcraft, but the passing of the Witchcraft Act 1563 made witchcraft, or consulting with witches, capital crimes. The first major issue of trials under the new act were the North Berwick witch trials, beginning in 1590, in which King James VI played a major part as "victim" and investigator. He became interested in witchcraft and published a defence of witch-hunting in the Daemonologie in 1597, but he appears to have become increasingly sceptical and eventually took steps to limit prosecutions.

Written in My Own Heart's Blood is the eighth book in the Outlander series of novels by Diana Gabaldon. Centered on time travelling 20th century doctor Claire Randall and her 18th century Scottish Highlander warrior husband Jamie Fraser, the books contain elements of historical fiction, romance, adventure and fantasy.

Gilly is a fictional character in the A Song of Ice and Fire series of fantasy novels by American author George R. R. Martin, and its television adaptation Game of Thrones.

Euphame MacCalzean was burnt to death as a result of the North Berwick witch trials of 1590–1591.