Those who live in glass houses should not throw stones

"Those who live in glass houses should not throw stones" is a proverb used in several European countries. It means that one "One who is vulnerable to criticism regarding a certain issue should not criticize others about the same issue."

A proverb is a simple, concrete, traditional saying that expresses a perceived truth based on common sense or experience. Proverbs are often metaphorical and use formulaic language. Collectively, they form a genre of folklore.

Art Nouveau is an international style of art, architecture and applied art, especially the decorative arts, known in different languages by different names: Jugendstil in German, Stile Liberty in Italian, Modernisme in Catalan, etc. In English it is also known as the Modern Style. The style was most popular between 1890 and 1910. It was a reaction against the academic art, eclecticism and historicism of 19th century architecture and decoration. It was often inspired by natural forms such as the sinuous curves of plants and flowers. Other characteristics of Art Nouveau were a sense of dynamism and movement, often given by asymmetry or "whiplash" curves, and the use of modern materials, particularly iron, glass, ceramics and later concrete, to create unusual forms and larger open spaces.

In passive solar building design, windows, walls, and floors are made to collect, store, reflect, and distribute solar energy in the form of heat in the winter and reject solar heat in the summer. This is called passive solar design because, unlike active solar heating systems, it does not involve the use of mechanical and electrical devices.

The term stained glass can refer to coloured glass as a material or to works created from it. Throughout its thousand-year history, the term has been applied almost exclusively to the windows of churches and other significant religious buildings. Although traditionally made in flat panels and used as windows, the creations of modern stained glass artists also include three-dimensional structures and sculpture. Modern vernacular usage has often extended the term "stained glass" to include domestic lead light and objects d'art created from foil glasswork exemplified in the famous lamps of Louis Comfort Tiffany.

The Glass–Steagall legislation describes four provisions of the United States Banking Act of 1933 separating commercial and investment banking. The article 1933 Banking Act describes the entire law, including the legislative history of the provisions covered here.

The Connecticut Compromise was an agreement that large and small states reached during the Constitutional Convention of 1787 that in part defined the legislative structure and representation that each state would have under the United States Constitution. It retained the bicameral legislature as proposed by Roger Sherman, along with proportional representation of the states in the lower house, but required the upper house to be weighted equally among the states. Each state would have two representatives in the upper house. 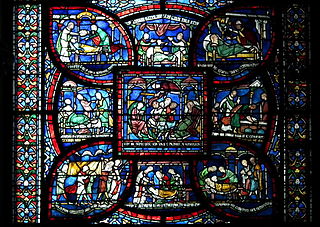 Came glasswork is the process of joining cut pieces of art glass through the use of came strips or foil into picturesque designs in a framework of soldered metal.

This article is about the culture of the Czech Republic.

Russian traditions, superstitions and beliefs include superstitions and customs of Russians. Many of them are now inseparable parts of everyday life, or simply common social etiquette, though they often have their origins in superstition. Awareness of them, and their perceived importance, depends on various factors including region and age. Some are extremely common and practiced by the vast majority of the population, while some are extremely obscure and could be more regionally based.

Betty Boop for President is a 1932 Fleischer Studios animated short film starring Betty Boop. It was released on November 4, 1932 by Paramount Pictures.

Kids in Glass Houses were a Welsh rock band from Cardiff. The band's name was inspired by the lyrics "not throwing stones at you anymore" from the Glassjaw song "Tip Your Bartender". The band achieved success on the strength of the singles "Give Me What I Want" and "Saturday" off their debut album Smart Casual in 2008. The band released their second album Dirt in early 2010, releasing four singles; most notably "Matters at All". The band's third album, In Gold Blood, was released on 15 August 2011. Their fourth album, 'Peace', was released on 30 September 2013.

The Fostoria Glass Company manufactured pressed, blown and hand-molded glassware and tableware for almost 100 years. It began operations in Fostoria, Ohio, on December 15, 1887, on land donated by the townspeople. The new company was formed by men from West Virginia, who were experienced in the glassmaking business. They started their company in northwest Ohio to take advantage of newly discovered natural gas that was an ideal fuel for glassmaking. Numerous other businesses were started in the area, and the supply of natural gas began to diminish. Fuel shortages caused the company to move to Moundsville, West Virginia in 1891.

Stained glass conservation refers to the protection and preservation of historic stained glass for present and future generations. It involves any and all actions devoted to the prevention, mitigation, or reversal of the processes of deterioration that affect such glass works and subsequently inhibit individuals' ability to access and appreciate them, as part of the world's collective cultural heritage. It functions as a part of the larger practices of cultural heritage conservation (conservation-restoration) and architectural conservation.

The Staff Secretary is a position in the White House Office responsible for managing paper flow to the President and circulating documents among senior staff for comment. It has been referred to as "the nerve center of the White House." 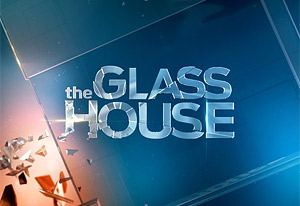 The Glass House is an American reality game show that premiered on June 18, 2012, on ABC, and aired for one season. Fourteen contestants live in the house and compete for $250,000. Voting by viewers helped decide which contestants got sent home.

The conservation and restoration of lighthouses is the process by which lighthouse structures are preserved through detailed examination, cleaning, and in-kind replacement of materials. Given the wide variety of materials used to construct lighthouses, a variety of techniques and considerations are required.

The Lynchburg Sesquicentennial half dollar was a commemorative half dollar designed by Charles Keck and struck by the United States Bureau of the Mint in 1936, to celebrate the 150th anniversary of the 1786 incorporation of the independent city of Lynchburg, Virginia. The obverse of the coin depicts former Secretary of the Treasury and U.S. Senator Carter Glass, a native of Lynchburg. The reverse depicts a statue of the Goddess of Liberty, with Lynchburg sites behind her, including the Old Courthouse and the city's Confederate monument.

The Norfolk, Virginia, Bicentennial half dollar is a half dollar commemorative coin struck by the United States Bureau of the Mint in 1937, though it bears the date 1936. The coin commemorates the 200th anniversary of Norfolk being designated as a royal borough, and the 100th anniversary of it becoming a city. It was designed by spouses William Marks Simpson and Marjory Emory Simpson.

The Washington Post is a major American daily newspaper published in Washington, D.C. It has the largest circulation in the Washington metropolitan area. Daily broadsheet editions are printed for the District of Columbia, Maryland, and Virginia.