Thrasher is a surname. Notable people with the surname include:

Craig L. Thrasher is an American former alpine skier who competed in the 1994 Winter Olympics, finishing 38th in the downhill race.

Edward Lee Thrasher (1892–1971), who went by Edward L. Thrasher, was a builder, contractor and decorator who served on the Los Angeles, California, City Council between 1931 and 1942.

Farrow is a hypercorrected form of Ferror (Farrar), an occupational surname for a blacksmith or an ironworker, an old name of early Medieval English and French origin,. The name derives from the Middle English and Old French terms "ferrer, ferreor, ferrur, ferour", derivatives of "fer", from the Latin "ferrum". The development of the surname shows the usual Medieval English change in pronunciation from "-er" to "-ar" and "-ow" endings.

Newberry is a surname, a variant of Newbury. Notable people with the surname include:

David Thomas may refer to:

John, Jack, Johnny, Jon or Jonathan Dunn may refer to:

John Morrison or John Morison may refer to:

Wilkie is a surname of Scottish origin, which is medieval pet form of the personal name William. An alternative spelling is Wilkey, and a related German surname is Wilke. The surname Wilkie may refer to:

James, Jim(mie), or Jimmy Walker may refer to:

John Henderson may refer to:

John Wallace is the name of: 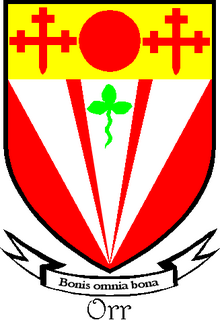 Aiken is a Scots-Irish surname, used as a variant to the original Scottish name Aitken. Notable people with the surname include: 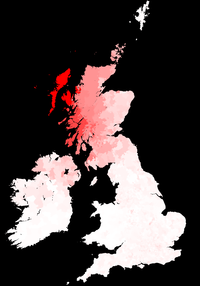 Cavanagh or Cavanaugh is a surname of Irish origin, a variation of the Irish Gaelic family surname Caomhánach.

Adams is a common surname of English, Scottish, and Irish origin, meaning "son of Adam".

Kavanagh or Kavanaugh is a surname of Irish origin, Caomhánach in Irish Gaelic. It is properly Mac Murchadha Caomhánach, but is often now rendered 'Caomhánach' or rarely 'Ó Caomhánaigh'.

Lough is a surname of Scottish or Irish origin, meaning lake. The name refers to:

Fairbairn is a surname of Scottish origin which means "a handsome child." Notable people with the surname include:

Owen is an anglicized variant of the Welsh personal name Owain. Originally a patronymic, Owen became a fixed surname in Wales beginning with the reign of Henry VIII. It is a cognate with the Irish name Eógan. Etymologists consider it to originate from Eugene meaning noble-born.