Stephen William Thrasher is an American writer and editor who was hired as a faculty member by Northwestern University’s Medill School of Journalism in 2019. [1] His journalism has appeared in The Village Voice , [2] The Guardian , [3] and The New York Times . [4] He is a Contributing Editor for BuzzFeed . [5] He was the recipient of the National Lesbian and Gay Journalists Association Journalist of the Year award 2012, [3] [6] [7] [8] [9] and the Al Neuharth Award for Innovation in Investigative Journalism 2015. [10]

During a speech at a convocation ceremony for NYU's Graduate School of Arts and Sciences, Thrasher sparked controversy by advocating for a boycott of Israel. [11] According to NYU president Andrew Hamilton, Thrasher had omitted his contentious comments from the version of the speech submitted for review, and stated that "NYU rejects academic boycotts of Israel, rejects calls to close its Tel Aviv campus, and denounces efforts to ostracize or exclude those in the University community based on their location in Israel, their Israeli origin, or their political feelings for Israel." [11] [12] Upon learning that Thrasher had a history of posting antisemitic statements on Twitter, President Hamilton said, "We were shocked when we were made aware of these undoubtedly vile and anti-Semitic tweets. Steven Thrasher should never have been a speaker for the doctoral convocation." [13] NYU Dean Phillip Harper agreed calling Thrasher's tweets “breathtakingly wrongheaded. Had we known of these posts earlier, Steven Thrasher would not have been a speaker at our Convocation ceremony.” [14]

In her book How to Fight Anti-Semitism , New York Times writer Bari Weiss wrote that scholar Judea Pearl, father of slain journalist Daniel Pearl, said of Thrasher's selection: "Thrasher demonstrates that, when soil conditions are right, poisonous weeds can grow in our best universities, on our own very watch. I dread the thought that a racist deformity of such toxicity will be given a podium and clone students at Northwestern University. The public trusts us, educators, with the soil conditions; are we worthy of the trust?" [15] Pearl, chancellor professor of computer sciences at UCLA and member of the National Academy of Sciences, renounced his NYU 2013 Distinguished Alumnus Award. [16]

Northwestern University President Morton Schapiro and Provost Jonathan Holloway criticized Thrasher's choice to express unscripted, controversial views at the ceremony, but also said that he will still be joining their university faculty. Schapiro and Holloway also made it clear that Northwestern rejects the call to boycott Israel. [17] 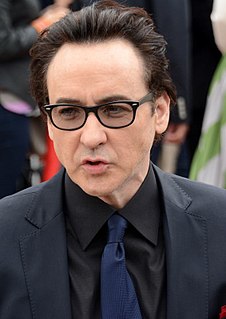 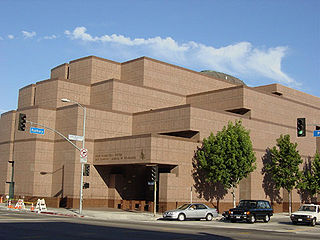 The Simon Wiesenthal Center (SWC) is a human rights organization established in 1977 by Rabbi Marvin Hier. According to its mission statement, it is "a global human rights organization researching the Holocaust and hate in a historic and contemporary context. The Center confronts anti-Semitism, hate and terrorism, promotes human rights and dignity, stands with Israel, defends the safety of Jews worldwide, and teaches the lessons of the Holocaust for future generations." 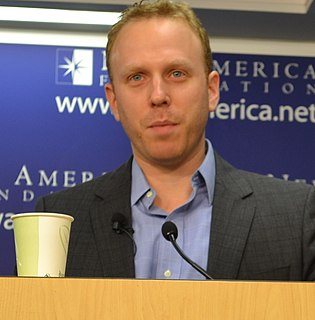 Max Blumenthal is an American journalist, author, blogger, and filmmaker. Blumenthal established The Grayzone in December 2015; he is the website's editor and one of its contributors.

The Anti-Defamation League (ADL), formerly known as the Anti-Defamation League of B'nai B'rith, is an international Jewish non-governmental organization based in the United States. It was founded in late September 1913 by the Independent Order of B'nai B'rith, a Jewish service organization. ADL subsequently split from B'nai B'rith and continued as an independent US section 501(c)(3) nonprofit. ADL states that its mission is a dual one: "To stop the defamation of the Jewish people, and to secure justice and fair treatment to all" via the development of "new programs, policies and skills to expose and combat whatever holds us back." Opposing antisemitism and extremism, ADL describes its "ultimate goal" as "a world in which no group or individual suffers from bias, discrimination or hate." 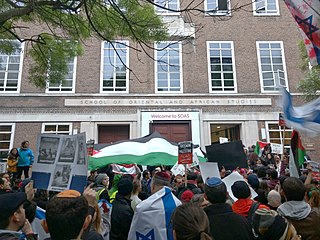 The Boycott, Divestment and Sanctions movement (BDS) is a Palestinian-led movement promoting boycotts, divestments and sanctions against Israel. Its objective is to pressure Israel to meet what it describes as Israel's obligations under international law, defined as withdrawal from the occupied territories, removal of the separation barrier in the West Bank, full equality for Arab-Palestinian citizens of Israel, and "respecting, protecting, and promoting the rights of Palestinian refugees to return to their homes and properties". The movement is organized and coordinated by the Palestinian BDS National Committee.

The Louis D. Brandeis Center for Human Rights Under Law (LDB) is an independent, unaffiliated, nonprofit corporation established to advance the civil and human rights of the Jewish people and promote justice for all. LDB conducts research, education, and advocacy to combat the resurgence of anti-Semitism on college and university campuses. LDB is not affiliated with the Massachusetts University, the Kentucky law school, or any of the other institutions that share the name and honor the memory of the late U.S. Supreme Court justice.

The current campaign for an academic boycott of Israel was launched in April 2004 by the Palestinian Campaign for the Academic and Cultural Boycott of Israel (PACBI) as part of the Boycott, Divestment and Sanctions (BDS) campaign. The campaign calls for BDS activities against Israel to put international pressure on Israel, in this case against Israeli academic institutions, all of which are said by PACBI to be implicated in the perpetuation of Israeli occupation, in order to achieve BDS goals. Since then, proposals for academic boycotts of particular Israeli universities and academics have been made by academics and organisations in Palestine, the United States, the United Kingdom, and other countries. The goal of the proposed academic boycotts is to isolate Israel in order to force a change in Israel's policies towards the Palestinians, which proponents argue are discriminatory and oppressive, including oppressing the academic freedom of Palestinians. 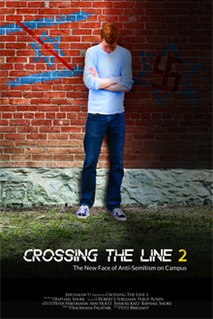 Crossing the Line 2: The New Face of Anti-Semitism on Campus is a 2015 film which documents how a growing number of anti-Israel demonstrations on U.S. campuses also include anti-Semitic messaging. The filmmakers interviewed pro-Israel college students, both Jewish and non-Jewish, who say that they feel increasingly intimidated to express their support for Israel on campus. 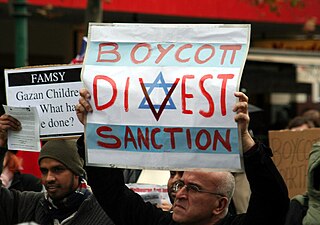 Reactions to Boycott, Divestment and Sanctions (BDS) refer to the views of international actors on the BDS movement. 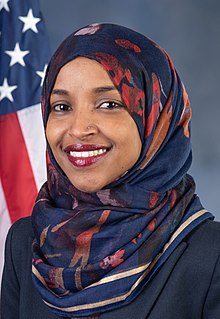 Ilhan Abdullahi Omar is an American politician serving as the U.S. Representative for Minnesota's 5th congressional district since 2019. She is the first Somali-American, the first naturalized citizen of African birth, and the first woman of color to hold elective office from Minnesota. She is also one of the first two Muslim women to serve in Congress. She is a member of the Democratic–Farmer–Labor Party.

Danielle Berrin is an American journalist focused on matters of the Jewish community. She is known for her Hollywood Jew blog and her cover stories published in the Los Angeles Jewish Journal, where she began working in 2007. Berrin has also appeared as a commentator on CNN and MSNBC and published work for The New York Times, The Atlantic, Yedioth Ahronoth, The Guardian and British Esquire.

Sharri Markson is an Australian journalist. She is Political Editor-at-Large forThe Daily Telegraph and host of the Sky News program "Sharri" which airs on Sunday evenings.

Yair Rosenberg is an American journalist and a senior writer at Tablet magazine. He is a regular speaker and commentator on anti-Semitism in the modern era and on strategies to combat abuse on online platforms.

Hadas Gold is a media and business reporter for CNN and CNN International based in London.

Canary Mission is a website established in 2014 that compiles dossiers on student activists, professors, and organizations, focusing primarily on those at North American universities, which it considers be anti-Israel or antisemitic and has said that it will send the names of listed students to prospective employers. Canary Mission listings have been used by the Israeli government and border security officials to interrogate and deny entry to pro-Boycott, Divestment and Sanctions (BDS) US citizens, and by potential employers.

Adela Cojab Moadeb is an Israel activist, public speaker, and author. Adela Cojab is best known for her fight for Israel and fight against anti-Semitism on college campuses throughout the United States, and has frequently been recognized as a leading voice on these issues.