Thread (formerly known as Incentive Mentoring Program or IMP) is a 501(c)(3) non-profit organization that was founded by Sarah and Ryan Hemminger as a partnership between students at Johns Hopkins University and two Baltimore City High Schools: Paul Laurence Dunbar High School (Baltimore, Maryland) and the Academy for College and Career Exploration . The goal of Thread is to transform teenagers who are failing high school into Baltimore City's most valuable role models. Thread extends a school-based tutoring program to the home, providing both academic and social support to youth struggling with poverty, drugs, and violence. Mentoring teams, called "Thread Families" not only support teenagers in overcoming their own adversity, but also encourage them to help others do the same. The first group of Thread students achieved a 100% graduation [1] and 100% college enrollment rate. [2]

Thread's philosophy is that its mentors should learn just as much from the high-school students as these teenagers learn from them.

High School freshman who have failed at least 50% of their courses and face one of the following psychosocial challenges are selected to join Thread and receive support through college graduation.

Thread has a "family style" mentoring, in which a team of 5-6 mentors is matched with each child and is responsible for adapting to his/her unique needs. Thread Families coach life skills through activities based on 3 elements: academic assistance, community service, and team-building. As needed, these teams connect students and their families with rehabilitation and other social services. This model was designed to meet the comprehensive needs of the students without overburdening volunteers. [3]

At first, the primary concern of many Thread students is self-preservation. Their perspectives shift when they are put in the position of giving to others. Thread Alumni say that participating in service projects gave them a sense of purpose and hope for the future. [2]

Thread encourages students to rely on each other as well as their network of mentors. Field trips such as camping and high-ropes courses are designed to develop trust, communication skills, and problem solving ability.

Thread has received service awards from both local and national organizations.

The Johns Hopkins University is a private research university in Baltimore, Maryland. Founded in 1876, the university was named for its first benefactor, the American entrepreneur, and philanthropist Johns Hopkins. His $7 million bequest —of which half financed the establishment of the Johns Hopkins Hospital—was the largest philanthropic gift in the history of the United States up to that time. Daniel Coit Gilman, who was inaugurated as the institution's first president on February 22, 1876, led the university to revolutionize higher education in the U.S. by integrating teaching and research. Adopting the concept of a graduate school from Germany's historic Heidelberg University, Johns Hopkins University is considered the first research university in the United States. Over the course of several decades, the university has led all U.S. universities in annual research and development expenditures. In fiscal year 2016, Johns Hopkins spent nearly $2.5 billion on research. The university has graduate campuses in Italy, China, and Washington, D.C., in addition to its main campus in Baltimore. 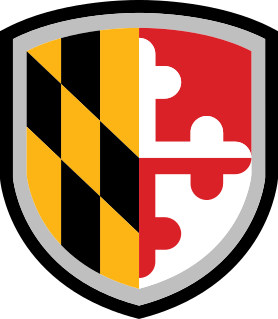 City Year is an American education nonprofit organization founded in 1988. The organization partners with public schools in 29 high-need communities across the US and through international affiliates in the UK and Johannesburg, South Africa. City Year teams are made up of 18 to 24 year olds, who provide student, classroom, and whole school support, intended to help students stay in school and on track to graduate high school. City Year is a member of the AmeriCorps national service network, and is supported by the Corporation for National and Community Service, school district partnerships, and private philanthropy from corporations, foundations and individuals.

The Institute of Notre Dame was a private Catholic all-girls high school located in Baltimore, Maryland. After 173 years, the school closed on June 30, 2020.

The Urban Alliance Foundation (UA) is a 501(c)(3) nonprofit operating in Washington, D.C.. The group works to train youth from under-resourced areas for work and self-sufficiency, through paid internships, formal training, case management, and mentoring. Urban Alliance was founded in Washington DC in 1996 and has worked with more than 15,000 low-income D.C., Chicago and Baltimore youth.

The Johns Hopkins University School of Nursing (JHUSON) is part of the Johns Hopkins University located in Baltimore, Maryland, United States. Established in 1889, it is one of the nation's oldest schools for nursing education, ranking 1st in the nation. It is also among the top recipients of nursing research funding from the National Institutes of Health. The school's mission is to provide leadership to improve health care and advance the nursing profession through education, research, practice, and service.

The Hopkins Center for Health Disparities Solutions (HCHDS), a research center within the Johns Hopkins Bloomberg School of Public Health, strives to eradicate disparities in health and health care among racial and ethnic groups, socioeconomic groups, and geopolitical categories such as urban, rural, and suburban populations.

Chester "Chet" L. Wickwire was chaplain emeritus of the Johns Hopkins University. He was a prominent fighter for civil rights and an international peace activist. Reverend Wickwire was remembered as a "consummate humanist" after his death.

High School for Public Service: Heroes of Tomorrow is a New York City public high school in Brooklyn, New York, founded in 2003. In addition to its academic curriculum, HSPS encourages its students to become involved in their communities through public service learning. HSPS was awarded an 'A' by the New York City Department of Education for the 2009–2010 school year.

Carroll Lockard "Lock" Conley was a hematologist and founder of the Division of Hematology at the Johns Hopkins School of Medicine.

Claudia L. Thomas is the first female African-American orthopedic surgeon in the United States. She attended Medical School at Johns Hopkins University. She was the first African-American and woman to be admitted to the Yale Medical Program in orthopedics. She strives to increase the number of minority students in medical school and to help decrease racial bias in the healthcare industry. While in her undergrad at Vassar College she helped form the Students' Afro-American Society (SAS), whose members pushed for the creation of a Black Studies program at the college. She has overcome kidney failure which was exacerbated by a hurricane and is a cancer survivor.

Columbia Center for Theatrical Arts (CCTA) is a Greater Washington D.C. Area regional theater school based in Columbia, Maryland. CCTA is a non-profit 501(c)(3) organization that is funded, in part, by the National Endowment for the Arts, the Maryland State Arts Council, and the Howard County Arts Council from Howard County, Maryland.

Claremont School, is a public separate middle/high school located in Orangeville, Baltimore, Maryland, United States. The school was founded in 1966 with the purpose of serving the needs of students with intellectual disabilities. The school continues to serve students with disabilities, grades 6-12, offering career & technical training in areas such as food & beverage management.

Youth Opportunity Academy is a public, alternative high school located in the Sandtown-Winchester neighborhood of Baltimore, Maryland. The school allows students who have dropped out to obtain either high school diplomas or GEDs. The school is located in the Lafayette Square Community Center, in a building that was originally built in 1972 and originally served as a branch of the Enoch Pratt Free Library.