Three-Dimensional (3D) Tactics Analysis, is a tactical analysis methodology under the concept of Terrorist Tactics, Techniques, and Procedures, and is related to Rhizome Manoeuvre. The approach is applicable to urban combat, and takes into account mass gatherings of people located in highly complex urban structures, incorporating features such as multi-level buildings, open spaces between buildings, crowd congregation points, and transport hubs. [1]

3D tactics is defined "as tactics in the third dimension which is the space above and below ground level in land and urban operations". [2]

The notion of 3D tactics has been developed from the spherical security concept. [4] The 3D tactics model identifies some of the key phenomenon experienced in urban environments. In particular, the 'inherent information deception qualities' found in 'vertical rather than horizontal envelopment'. [5] A key aspect, in urban tactics, is the importance in achieving, what is called 'spherical security', that is, the three-dimensional nature of the urban battle places a premium on all-round security. This requires tactical thinking in three dimensions.

3D tactics are often represented as a cube of space within which the tactical analysis takes place: [6]

The 3D tactics cube is a visual tool used to define a tactical space. It incorporates conventional understanding of the third dimension in land combat - as the airspace above terrain - and the urban environment consisting of the three-dimensional solid forms of typical central business district (CBD) buildings and spaces formed between buildings. As well, the 3D tactics cube notionally conforms within 300m2, which gives coverage to most weapons effective ranges, and incorporates most CBD buildings. [8]

The 3D tactics/tactical analysis approach is an application of the Curtis LeMay's 'combat box'. This was a tactical formation designed by US Army Air Force heavy (strategic) bombers during World War II. The use of 3D illustrations, were often used in the World War II period, as a means to visualize how heavy bomber formations would defend themselves against enemy interceptors in the absence of escorting fighters, by providing interlocking fire from each of the plans operating in mutual support. [9]

Swarming tactics have been identified as operating within a 3D Tactics paradigm. [10] 3D Tactics Analysis in relation to swarming tactics examines how swarming by multiple entities can attack a target from multiple directions, and building levels (above and below ground) within an urban area. Understanding this tactical behavior, and why it is able to succeed requires an analysis of two key concepts:

There are several concepts that are related the 3D tactical analysis approach:

3D tactical analysis has its origins in Simpkin's concept of simultaneous tactical actions. [11] In summary, Simpkin:

Simpkin 'originally proposed this, as multiple simultaneous manoeuvre and fire-directed attacks at an opponent in order to overwhelm them'. [12]

Tactical consideration of the immediate airspace above the surface has been significant in further contributing to the concept of 3D tactical analysis; in particular:

This has been described as 'considering the three-dimensional situational awareness of the local friendly airspace in battle management'. And, in this particular formulation of the tactical paradigm (represented by 3D tactical analysis), the entire space surrounding a position or target in warfare is subject to continuous simultaneous examination. [13]

Geographic information system (GIS) approaches have been significant in recent times influencing the development and conceptualization of 3D tactical analysis. [14] This has been described as 'look-around' approach to thinking tactically in three dimensions, and accommodating the full complexity of multidimensional environments. In effect, this is to look vertically, horizontally and spatially at the same time, while being able to see through the confused environment – the traditional 'fog of war'.

3D tactical analysis has been strongly influenced by fire fighters in the UK and U.S. They have developed the most coherent concept of 3D tactics called '3D fire fighting methodology'. [15]

More recently, 3D Tactics Analysis the concept has been included into the realm of Fifth Dimensional Operations. [16]

Electronic warfare (EW) is any action involving the use of the electromagnetic spectrum or directed energy to control the spectrum, attack an enemy, or impede enemy assaults. The purpose of electronic warfare is to deny the opponent the advantage of, and ensure friendly unimpeded access to, the EM spectrum. EW can be applied from air, sea, land, and/or space by manned and unmanned systems, and can target humans, communication, radar, or other assets.

The military concept of Revolution in Military Affairs (RMA) is a military-theoretical hypothesis, about the future of warfare, often connected to technological and organizational recommendations for change in the militaries of the United States and other countries. Broadly stated, RMA claims that in certain periods of the history of humankind, there were new military doctrines, strategies, tactics and technologies which led to an irrecoverable change in the conduct of warfare. Furthermore, those changes compel an accelerated adaptation of novel doctrines and strategies.

Maneuver warfare, or manoeuvre warfare, is a military strategy that advocates attempting to defeat the enemy by incapacitating their decision-making through shock and disruption. 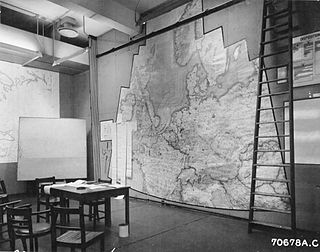 In the field of military theory, the operational level of war represents the level of command that connects the details of tactics with the goals of strategy.

Modern warfare is warfare that is in notable contrast with previous military concepts, methods, and technology, emphasizing how combatants must modernize to preserve their battle worthiness. As such, it is an evolving subject, seen differently in different times and places. In its narrowest sense, it is merely a synonym for contemporary warfare.

The Terrorism Research Center (TRC) is non-profit think tank focused on investigating and researching global terrorism issues through multi-disciplinary collaboration amongst a group of international experts.

The Naval Aviation Warfighting Development Center was formerly known as the Naval Strike and Air Warfare Center at Naval Air Station Fallon located in the city of Fallon in western Nevada. It is the center of excellence for naval aviation training and tactics development. NAWDC provides service to aircrews, squadrons and air wings throughout the United States Navy through flight training, academic instructional classes, and direct operational and intelligence support. The name was changed from NSAWC to NAWDC to align with the naming convention of the Navy's other Warfare Development Centers (including Naval Surface and Mine Warfare Development Center SMWDC and the Undersea Warfare Development Center UWDC 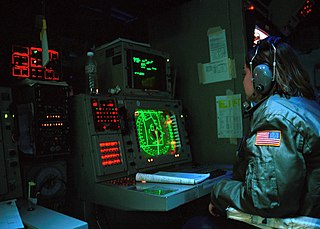 Command and control (C2) is a "set of organizational and technical attributes and processes ... [that] employs human, physical, and information resources to solve problems and accomplish missions" to achieve the goals of an organization or enterprise, according to a 2015 definition by military scientists Marius Vassiliou, David S. Alberts and Jonathan R. Agre, The term often refers to a military system. 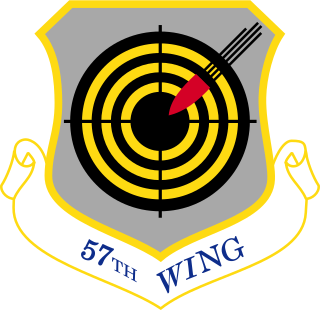 The 57th Wing is an operational unit of the United States Air Force Warfare Center, stationed at Nellis Air Force Base, Nevada. 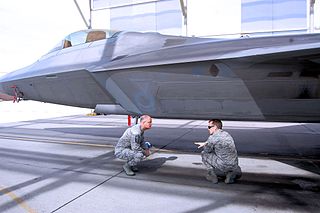 The 926th Wing is an Air Reserve Component of the United States Air Force. It is assigned to the Tenth Air Force, Air Force Reserve Command, stationed at Nellis Air Force Base, Nevada.

Interposing Tactics is tactical concept, developed under Terrorist Tactics, Techniques, and Procedures, to explain a tactical action where a small-scale action takes place between two combatants, where one manoeuvres into interposition or interjection within a tactical situation, and disrupts the action or activity, of the opponent.

Rhizome Manoeuvre is a key concept in contemporary warfare tactics, techniques, and procedures.

Mimicking operations is a tactical concept, developed under Terrorist Tactics, Techniques, and Procedures, to explain a form of deception, commonly used by terrorists in their attacks. The concept is commonly used in military tactical modelling and scientific simulation; and is connected to the idea of shielding friendly forces from detection and deception.

Command and influence is a component of Military C2 and is a key aspect of Terrorist Tactics, Techniques, and Procedures.

The Fifth Dimension of Warfare complements the four classical dimensions: land, sea, air, and space. It was enunciated in 1995 as information operations.