3D face recognition has the potential to achieve better accuracy than its 2D counterpart by measuring geometry of rigid features on the face. This avoids such pitfalls of 2D face recognition algorithms as change in lighting, different facial expressions, make-up and head orientation. Another approach is to use the 3D model to improve accuracy of traditional image based recognition by transforming the head into a known view. Additionally, most 3D scanners acquire both a 3D mesh and the corresponding texture. This allows combining the output of pure 3D matchers with the more traditional 2D face recognition algorithms, thus yielding better performance (as shown in FRVT 2006).

The main technological limitation of 3D face recognition methods is the acquisition of 3D image, which usually requires a range camera. Alternatively, multiple images from different angles from a common camera (e.g. webcam [1] ) may be used to create the 3D model with significant post-processing. (See 3D data acquisition and object reconstruction.) [2] This is also a reason why 3D face recognition methods have emerged significantly later (in the late 1980s) than 2D methods. Recently[ when? ] commercial solutions have implemented depth perception by projecting a grid onto the face and integrating video capture of it into a high resolution 3D model. This allows for good recognition accuracy with low cost off-the-shelf components. 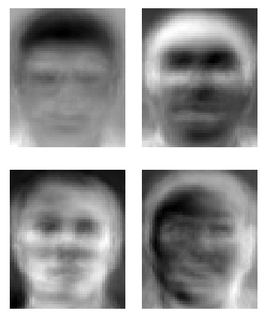 An eigenface is the name given to a set of eigenvectors when used in the computer vision problem of human face recognition. The approach of using eigenfaces for recognition was developed by Sirovich and Kirby (1987) and used by Matthew Turk and Alex Pentland in face classification. The eigenvectors are derived from the covariance matrix of the probability distribution over the high-dimensional vector space of face images. The eigenfaces themselves form a basis set of all images used to construct the covariance matrix. This produces dimension reduction by allowing the smaller set of basis images to represent the original training images. Classification can be achieved by comparing how faces are represented by the basis set. 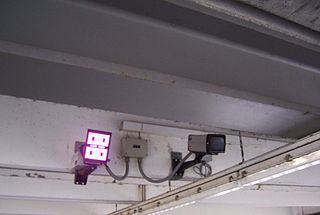 A facial recognition system is a technology capable of identifying or verifying a person from a digital image or a video frame from a video source. There are multiple methods in which facial recognition systems work, but in general, they work by comparing selected facial features from given image with faces within a database. It is also described as a Biometric Artificial Intelligence based application that can uniquely identify a person by analyzing patterns based on the person's facial textures and shape. 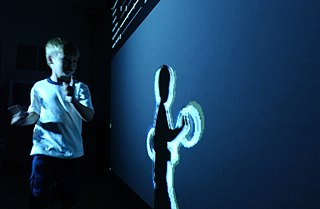 Gesture recognition is a topic in computer science and language technology with the goal of interpreting human gestures via mathematical algorithms. Gestures can originate from any bodily motion or state but commonly originate from the face or hand. Current focuses in the field include emotion recognition from face and hand gesture recognition. Users can use simple gestures to control or interact with devices without physically touching them. Many approaches have been made using cameras and computer vision algorithms to interpret sign language. However, the identification and recognition of posture, gait, proxemics, and human behaviors is also the subject of gesture recognition techniques. Gesture recognition can be seen as a way for computers to begin to understand human body language, thus building a richer bridge between machines and humans than primitive text user interfaces or even GUIs, which still limit the majority of input to keyboard and mouse and interact naturally without any mechanical devices. Using the concept of gesture recognition, it is possible to point a finger at this point will move accordingly. This could make conventional input on devices such and even redundant.

Facial motion capture is the process of electronically converting the movements of a person's face into a digital database using cameras or laser scanners. This database may then be used to produce CG computer animation for movies, games, or real-time avatars. Because the motion of CG characters is derived from the movements of real people, it results in a more realistic and nuanced computer character animation than if the animation were created manually.

Structure from motion (SfM) is a photogrammetric range imaging technique for estimating three-dimensional structures from two-dimensional image sequences that may be coupled with local motion signals. It is studied in the fields of computer vision and visual perception. In biological vision, SfM refers to the phenomenon by which humans can recover 3D structure from the projected 2D (retinal) motion field of a moving object or scene.

In computer vision, the bag-of-words model sometimes called bag-of-visual-words model can be applied to image classification, by treating image features as words. In document classification, a bag of words is a sparse vector of occurrence counts of words; that is, a sparse histogram over the vocabulary. In computer vision, a bag of visual words is a vector of occurrence counts of a vocabulary of local image features.

The following outline is provided as an overview of and topical guide to object recognition:

Part-based models refers to a broad class of detection algorithms used on images, in which various parts of the image are used separately in order to determine if and where an object of interest exists. Amongst these methods a very popular one is the constellation model which refers to those schemes which seek to detect a small number of features and their relative positions to then determine whether or not the object of interest is present.

In computer vision and computer graphics, 3D reconstruction is the process of capturing the shape and appearance of real objects. This process can be accomplished either by active or passive methods. If the model is allowed to change its shape in time, this is referred to as non-rigid or spatio-temporal reconstruction.

A structured-light 3D scanner is a 3D scanning device for measuring the three-dimensional shape of an object using projected light patterns and a camera system.

In robotics and computer vision, visual odometry is the process of determining the position and orientation of a robot by analyzing the associated camera images. It has been used in a wide variety of robotic applications, such as on the Mars Exploration Rovers.

Matti Kalevi Pietikäinen is a computer scientist. He is currently Professor (emer.) in the Center for Machine Vision and Signal Analysis, University of Oulu, Finland. His research interests are in texture-based computer vision, face analysis, affective computing, biometrics, and vision-based perceptual interfaces. He was Director of the Center for Machine Vision Research, and Scientific Director of Infotech Oulu. 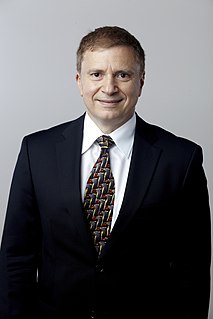 In computer vision, rigid motion segmentation is the process of separating regions, features, or trajectories from a video sequence into coherent subsets of space and time. These subsets correspond to independent rigidly moving objects in the scene. The goal of this segmentation is to differentiate and extract the meaningful rigid motion from the background and analyze it. Image segmentation techniques labels the pixels to be a part of pixels with certain characteristics at a particular time. Here, the pixels are segmented depending on its relative movement over a period of time i.e. the time of the video sequence. 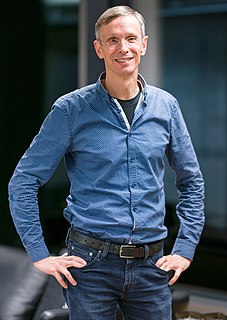 Michael J. Black is an American-born computer scientist working in Tübingen, Germany. He is a founding director at the Max Planck Institute for Intelligent Systems where he leads the Perceiving Systems Department in research focused on computer vision, machine learning, and computer graphics. He is also a Distinguished Amazon Scholar and an Honorary Professor at the University of Tübingen.

Rita Cucchiara is an Italian Electrical and Computer Engineer and Full Professor of Computer Architecture and Computer Vision in the "Enzo Ferrari" Department of Computer Science and Engineering at the University of Modena and Reggio Emilia (UNIMORE) in Italy. Cucchiara is a leader in the field of Artificial Intelligence and applies deep network technologies to human behavior understanding (HBU). She is the Director of the AImage Lab at UNIMORE as well as Director of the Inter-departmental Center of Research in Information and Communication Technology (ICT) for Enterprise Softech-ICT. Cucchiara is also President of the GIRPR the Italian Association of Pattern Recognition, and her recent collaborations with Panasonic, RAI, and Ferrari focus on GPU based Deep Learning in video understanding for human behavioral analysis and automotive data annotation.

In the domain of physics and probability, the filters, random fields, and maximum entropy (FRAME) model is a Markov random field model of stationary spatial processes, in which the energy function is the sum of translation-invariant potential functions that are one-dimensional non-linear transformations of linear filter responses. The FRAME model was originally developed by Song-Chun Zhu, Ying Nian Wu, and David Mumford for modeling stochastic texture patterns, such as grasses, tree leaves, brick walls, water waves, etc. This model is the maximum entropy distribution that reproduces the observed marginal histograms of responses from a bank of filters, where for each filter tuned to a specific scale and orientation, the marginal histogram is pooled over all the pixels in the image domain. The FRAME model is also proved to be equivalent to the micro-canonical ensemble, which was named the Julesz ensemble. Gibbs sampler is adopted to synthesize texture images by drawing samples from the FRAME model.