Three is an American adventure drama television series created by Evan Katz, that aired on The WB from February 2 to March 23, 1998. [1] The series was produced by MTV Productions. [2]

The plot of the show was centered on three thieves, who all participated in crimes that brought no legitimate suffering to others. They were captured by a secret agency that forced them to use their abilities on the agency's behalf to combat criminals who were a threat against the American way of life, under threat of going to prison themselves.

Beavis and Butt-Head is an American adult animated television series created by Mike Judge. The series follows the eponymous Beavis and Butt-Head, both voiced by Judge, a pair of teenage slackers characterized by their apathy, lack of intelligence, lowbrow humor, and failure to attract women.

South Park is an American animated sitcom created by Trey Parker and Matt Stone and developed by Brian Graden for Comedy Central. The series revolves around four boys—Stan Marsh, Kyle Broflovski, Eric Cartman, and Kenny McCormick—and their exploits in and around the titular Colorado town. South Park became infamous for its profanity and dark, surreal humor that satirizes a wide range of topics toward an adult audience.

Seinfeld is an American sitcom television series created by Larry David and Jerry Seinfeld. It aired on NBC from July 5, 1989, to May 14, 1998, over nine seasons and 180 episodes. It stars Seinfeld as a fictionalized version of himself and focuses on his personal life with three of his friends: best friend George Costanza, former girlfriend Elaine Benes, and his neighbor from across the hall, Cosmo Kramer. It is set mostly in an apartment building in Manhattan's Upper West Side in New York City. It has been described as "a show about nothing", often focusing on the minutiae of daily life.

The Simpsons is an American animated sitcom created by Matt Groening for the Fox Broadcasting Company. The series is a satirical depiction of American life, epitomized by the Simpson family, which consists of Homer, Marge, Bart, Lisa, and Maggie. The show is set in the fictional town of Springfield and parodies American culture and society, television, and the human condition.

The Powerpuff Girls is an American superhero animated television series created by animator Craig McCracken and produced by Hanna-Barbera for Cartoon Network. The show centers on Blossom, Bubbles, and Buttercup, three kindergarten-aged girls with superpowers. The girls all live in the fictional city of Townsville with their father and creator, a scientist named Professor Utonium, and are frequently called upon by the city's mayor to help fight nearby criminals and other enemies using their powers. 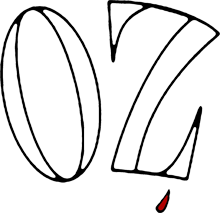 Oz is an American drama television series set at a fictional men's prison created and principally written by Tom Fontana. It was the first one-hour dramatic television series to be produced by the premium cable network HBO. Oz premiered on July 12, 1997, and ran for six seasons. The series finale aired February 23, 2003.

Pinkerton, founded as the Pinkerton National Detective Agency, is a private security guard and detective agency established in the United States by Scotsman Allan Pinkerton in the 1850s and currently a subsidiary of Securitas AB. Pinkerton became famous when he claimed to have foiled a plot to assassinate president-elect Abraham Lincoln, in 1861. Lincoln later hired Pinkerton agents to conduct espionage against the Confederacy and act as his personal security during the Civil War. The Pinkerton National Detective Agency hired women and minorities from its founding, a practice uncommon at the time, as they were useful as spies. At the height of their power, the Pinkerton Detective Agency was the largest private law enforcement organization in the world.

Dawson's Creek is an American teen drama television series about the lives of a close-knit group of friends in the fictional town of Capeside, Massachusetts, beginning in high school and continuing into college that ran from 1998 to 2003. The series starred James Van Der Beek as Dawson Leery, Katie Holmes as his best friend and love interest, Joey Potter, Joshua Jackson as their fellow friend Pacey Witter, and Michelle Williams as Jen Lindley, a New York City transplant to Capeside. The show was created by Kevin Williamson and debuted on The WB on January 20, 1998. It was produced by Columbia TriStar Television and was filmed in Wilmington, North Carolina. The series ended on May 14, 2003. 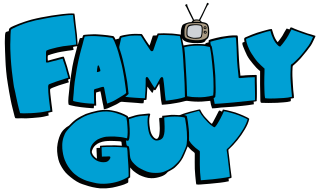 Family Guy is an American adult animated sitcom created by Seth MacFarlane for the Fox Broadcasting Company. The series centers on the Griffins, a family consisting of parents Peter and Lois; their children, Meg, Chris, and Stewie; and their anthropomorphic pet dog, Brian. Set in the fictional city of Quahog, Rhode Island, the show exhibits much of its humor in the form of metafictional cutaway gags that often lampoon American culture. 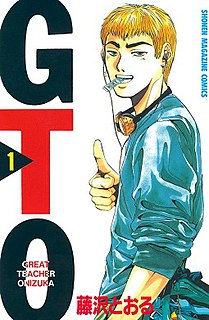 Great Teacher Onizuka, officially abbreviated as GTO, is a Japanese manga series written and illustrated by Tooru Fujisawa. It was originally serialized in Kodansha's Weekly Shōnen Magazine from January 1997 to February 2002, with its chapters compiled into twenty-five tankōbon volumes. The story focuses on 22-year-old ex-bōsōzoku member Eikichi Onizuka, who becomes a teacher at a private middle school, Holy Forest Academy, in Tokyo, Japan. It is a continuation of Fujisawa's earlier manga series Shonan Junai Gumi and Bad Company, both of which focus on the life of Onizuka before becoming a teacher.

BBC Three is a British free-to-air television channel owned and operated by the BBC. It was first launched on 9 February 2003 with programmes targeting 16 to 34-year-olds, covering all genres including animation, comedy, current affairs, and drama series. The television channel closed down in 2016 and was replaced by an online-only BBC Three streaming channel. After six years of being online, BBC Three returned to linear television on 1 February 2022. It broadcasts every day from 19:00 to around 04:00, timesharing with CBBC.

FX is an American pay television channel owned by FX Networks, LLC, a subsidiary of the Disney General Entertainment Content unit of The Walt Disney Company. It is based at the Fox Studios lot in Century City, California. FX originally launched on June 1, 1994. The network's original programming aspires to the standards of premium cable channels in regard to mature themes and content, high-quality writing, directing and acting. Sister channels FXM and FXX were launched in 1994 and 2013, respectively. FX also carries reruns of theatrical films and terrestrial-network sitcoms. Advertising-free content was available through the FX+ premium subscription service until it was shut down on August 21, 2019.

The Challenge is a reality competition show on MTV that is spun off from two of the network's reality shows, The Real World and Road Rules. Originally featuring alumni from these two shows, casting for The Challenge has slowly expanded to include contestants who debuted on The Challenge itself, alumni from other MTV franchises including Are You the One?, Ex on the Beach, Geordie Shore and from other non-MTV shows. The contestants compete against one another in various extreme challenges to avoid elimination. The winners of the final challenge win the competition and typically share a large cash prize. The Challenge is currently hosted by T. J. Lavin. 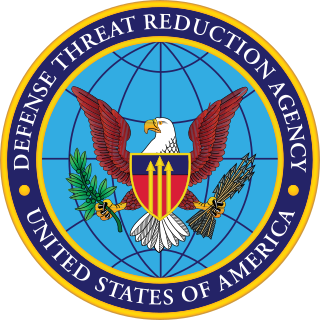 The Defense Threat Reduction Agency (DTRA) is a combat support agency within the United States Department of Defense (DoD) for countering weapons of mass destruction. According to the agency's Strategic Plan for Fiscal Years 2018 to 2022, the DTRA mission "enables DoD and the U.S. Government to prepare for and combat weapons of mass destruction and improvised threats and to ensure nuclear deterrence." The agency is headquartered in Fort Belvoir, Virginia.

The Office is an American mockumentary sitcom television series that depicts the everyday work lives of office employees in the Scranton, Pennsylvania branch of the fictional Dunder Mifflin Paper Company. It aired on NBC from March 24, 2005, to May 16, 2013, spanning a total of nine seasons. Based on the 2001–2003 BBC series of the same name created by Ricky Gervais and Stephen Merchant, it was adapted for American television by Greg Daniels, a veteran writer for Saturday Night Live, King of the Hill, and The Simpsons. It was co-produced by Daniels's Deedle-Dee Productions and Reveille Productions, in association with Universal Television. The original executive producers were Daniels, Gervais, Merchant, Howard Klein, and Ben Silverman, with numerous others being promoted in later seasons.

The National Security Committee of the Republic of Kazakhstan (NSC) is an intelligence agency in Kazakhstan. It was founded on 13 July 1992. It primarily manages the Border Service of Kazakhstan, which conducts oversight over the international borders of Kazakhstan. The NSC also oversees the Arystan ('Lions') commando unit.

Selling Sunset is an American reality television series created for Netflix by Adam DiVello. The series revolves around the Oppenheim Group, a high-end real estate brokerage firm in Los Angeles, and follows a group of agents as they navigate their personal and professional lives. 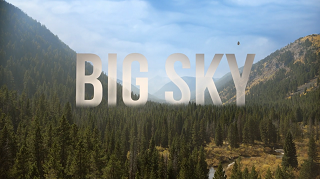 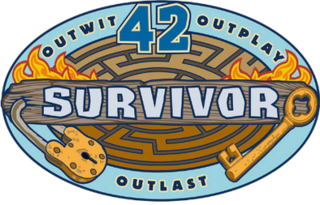 Survivor 42 is the forty-second season of the American competition television series Survivor. The season premiered on March 9, 2022, on CBS in the United States and Global in Canada. It ended on May 25, 2022, when Maryanne Oketch was voted the Sole Survivor, defeating Michael "Mike" Turner and Romeo Escobar in a 7–1–0 vote. With her victory, Oketch become the second Canadian castaway to win the game after Erika Casupanan from Survivor 41, the fifth castaway of African descent to win after Vecepia Towery from Survivor: Marquesas, Earl Cole from Survivor: Fiji, Jeremy Collins from Survivor: Cambodia, and Wendell Holland from Survivor: Ghost Island, and the second black female castaway to win after Towery.