The three days power vacuum in a Sicilian village shortly after the American landing in Sicily in July 1943.

Salvatore "Turi" Ferro was an Italian film, television and stage actor. He is considered the most important actor in the Sicilian theatre post-World War II era.

Father of the Godfathers is a 1978 Italian crime film directed by Pasquale Squitieri. It stars Claudia Cardinale, Giuliano Gemma and Tony Kendall and is set in Sicily in the 1950s. Gemma was awarded 1979 Best Actor at the Montréal World Film Festival for his role. 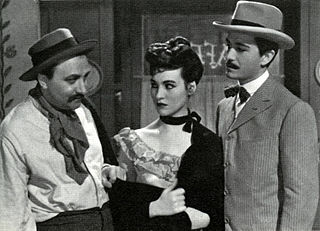 Il voto is a 1950 Italian comedy film directed by Mario Bonnard. It is based upon the Salvatore Di Giacomo play. 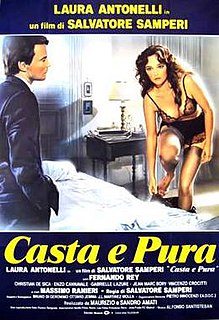 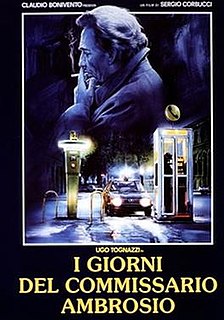 Days of Inspector Ambrosio is a 1988 Italian crime film directed by Sergio Corbucci. It is loosely based on several novels written by Renato Olivieri. 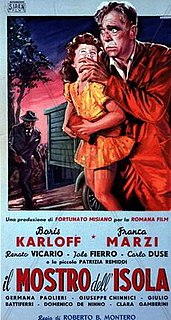 The Island Monster is a 1954 Italian thriller film directed by Roberto Bianchi Montero and starring Boris Karloff, Franca Marzi and Germana Paolieri. It was made at Cinecitta Studios with location shooting taking place on the island of Ischia.

Mermaid of Naples is a 1956 Italian musical melodrama film directed by Luigi Capuano.

Sexycop 1976 Italian crime comedy film directed by Duccio Tessari. It is based on the novel with the same name written by Massimo Felisatti and Fabio Pittorru.

My Brother Anastasia is a 1973 Italian drama crime film directed by Steno.

Jealousy is a 1953 Italian drama film directed by Pietro Germi. It is based on the novel Il marchese di Roccaverdina by Luigi Capuana. 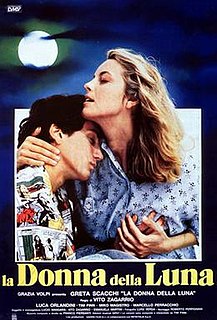 Young Distance is a 1988 Italian romantic drama film written and directed by Vito Zagarrio. It was produced by Rete Italia with a budget of about a billion lire.

The Black Hand is a 1973 Italian crime film written and directed by Antonio Racioppi and starring Lionel Stander, Rosanna Fratello and Michele Placido.

The Intruder is a 1956 Italian melodrama film written and directed by Raffaello Matarazzo and starring Amedeo Nazzari and Lea Padovani. It is loosely based on the stage drama La moglie del dottore by Silvio Zambaldi.