Peter David Goldsworthy AM is an Australian writer and medical practitioner. He has won awards for his short stories, poetry, novels, and opera libretti.

In 2008 Petra Kalive adapted this novel for the stage. Its first production was directed by Andrew Gray at Two Blue Cherries Theatre Company at fortyfivedownstairs in Melbourne from 14–25 May 2008. [1]

fortyfivedownstairs is a not-for-profit theatre and gallery in Melbourne, Australia. Located on the lower floors of a brick nineteenth century building in Flinders Lane, it showcases independent visual art, theatre and music.

The Colin Roderick Award is presented annually by the Foundation for Australian Literary Studies at Queensland's James Cook University for "the best book published in Australia which deals with any aspect of Australian life". It was first presented in 1967 and has a prize of A$20,000. Starting in 1980, the H. T. Priestley Memorial Medal has also been bestowed upon the award winner.

The Queensland Premier's Literary Awards was an Australian literary award inaugurated in 1999 and disestablished in 2012. It was a leading literary award within Australia, with $225,000 in prize money over 14 categories making it one of Australia's richest prizes, top categories offered up to $25,000 for 1st prize.

Timothy John Winton is an Australian writer of novels, children's books, non-fiction books, and short stories. In 1997 he was named a Living Treasure by the National Trust, and has won the Miles Franklin Award four times.

Brian Albert Castro is an Australian novelist and essayist.

Meaghan Delahunt is a novelist. She was born in Melbourne, Australia and now lives on the East Coast of Scotland. In 2004 she was Writer in Residence in the Management School at St Andrews University, and she now lectures in Creative Writing at the University of Stirling. 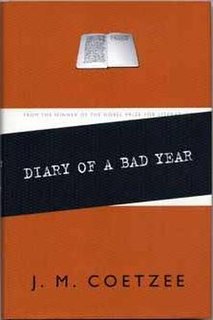 Diary of a Bad Year is a book by South African-born Nobel laureate J. M. Coetzee. It was released by Text Publishing in Australia on 3 September 2007, in the United Kingdom by Harvill Secker on 6 September, and in the United States on 27 December. 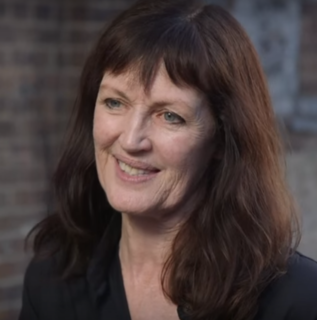 Joan Elizabeth London is an Australian author of short stories, screenplays and novels.

Michelle de Kretser is an Australian novelist who was born in Sri Lanka, and moved to Australia in 1972 when she was 14.

Gilgamesh, published in 2001, is the first full-length novel written by Joan London. It is inspired by the Epic of Gilgamesh, the world's oldest known poem.

Journey to the Stone Country is a 2002 Miles Franklin literary award-winning novel by the Australian author Alex Miller.

Matthew Condon,OAM is a prize-winning Australian writer and journalist. He was awarded the Medal of the Order of Australia in 2019.

Careless is a 2006 novel by Australian author Deborah Robertson.

Landscape of Farewell is a 2007 novel by the Australian author Alex Miller. 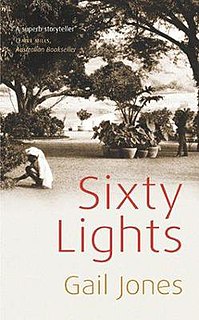 Sixty Lights is a 2004 novel by Australian author Gail Jones.

The Lost Dog is a 2007 novel by Australian writer Michelle de Kretser.

Moral Hazard is a 2002 novel by Australian author Kate Jennings.

The Widow and Her Hero is a novel by the Australian author Thomas Keneally set in Australia during World War II.

The Wing of Night is a 2005 novel by Australian author Brenda Walker.

Lovesong is a 2009 novel by the Australian author Alex Miller.

Shanghai Dancing is a 2003 novel by Australian novelist Brian Castro.