The Three Nations Senior Lacrosse League (TNSLL) is a Senior B box lacrosse league based out of Ontario, Quebec and New York, sanctioned by the First Nations Lacrosse Association (FNLA). The league champion earns a spot in the Presidents Cup, the national championship of Senior B lacrosse in Canada.

Akwesasne Thunderbirds, Cornwall Island Redmen and Massena Muskies played an inter-league schedule with the Quebec Senior Lacrosse League (QSLL). Cornwall swept Akwesasne in three-straight games (7-5; 16-6; 11-10) in the opening round before being swept in the finals (9-7; 14-4; 9-5) by Massena.

The league grew to four teams with the addition of Caughnawaga Indians (previously competed in Circuit Québécois de Crosse) and St. Regis Braves.

In the round robin St. Regis Braves went a perfect 6-0 while the Muskies 4-2-1 record was second-best. The Braves defeated Snake Island 11-8 in the Gold Medal game. [1]

Notable players from the champion Caughnawaga Indians included the Thompson brothers (Jeremy, Jerome, Miles and Lyle) cousin Ty Thompson. Miles and Lyle went on to be named co-winners of the 2014 Tewaraaton Award [5] after their season with the University at Albany.

With the Akwesasne and Caughnawaga both on hiatus, Snake Island Muskies (9-7) and Tyendinaga Wolfpack (0-6) played an inter-league schedule [6] against QSLL teams. The TNSLL championship was contested in a one-game playoff on August 8 at Deseronto Community Recreation Centre, won by the Muskies 21-9.

Tyendinaga eliminated Caughnawaga in three straight to earn a spot in the finals. The Thunderbirds went on to upset St. Regis in the finals to earn their first-ever berth to Presidents Cup. 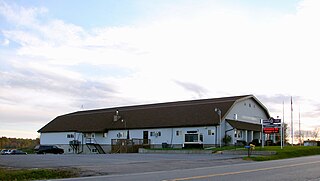 St. Regis Mohawk Reservation is a Mohawk Indian reservation in Franklin County, New York, United States. It is also known by its Mohawk name, Akwesasne. The population was 3,288 at the 2010 census. The reservation is adjacent to the Akwesasne reserve in Ontario and Quebec across the St. Lawrence River. The Mohawk consider the entire community to be one unit, and have the right to travel freely across the international border. 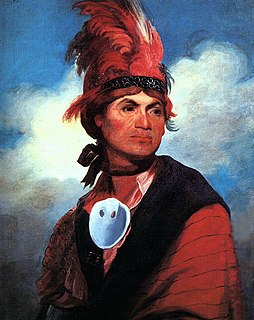 The Mohawk people are the most easterly tribe of the Haudenosaunee, or Iroquois Confederacy. They are an Iroquoian-speaking indigenous people of North America, with communities in northern New York State and southeastern Canada, primarily around Lake Ontario and the St Lawrence River. As one of the five original members of the Iroquois League, the Mohawk are known as the Keepers of the Eastern Door – the traditional guardians of the Iroquois Confederation against invasions from the east. 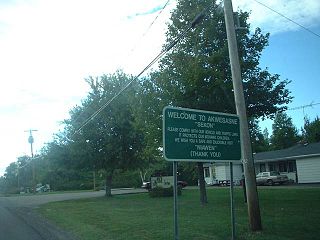 The Mohawk Nation at Akwesasne is a Mohawk Nation (Kanien'kehá:ka) territory that straddles the intersection of international borders and provincial boundaries on both banks of the St. Lawrence River. Most of the land and population are in what is otherwise present-day Canada. A small portion is also in the United States. Although divided by an international border, the residents consider themselves to be one community. They maintain separate police forces due to jurisdictional issues and national laws.

Major Series Lacrosse (MSL) is a Senior A box lacrosse league based in Ontario, Canada sanctioned by the Ontario Lacrosse Association. Most of the star players in the league play or have played in the National Lacrosse League. Each year, the playoff teams battle for the right to compete against the Western Lacrosse Association champion for the Mann Cup every September. The championship is hosted alternately between Ontario and British Columbia every year.

The Cornwall Colts are a Canadian junior ice hockey team from Cornwall, Ontario, Canada. They are a part of the Central Canada Hockey League. Before 1992, they were known as the Massena Americans, and moved to Cornwall in 1992 when the Cornwall Royals were sold and moved away from the city. 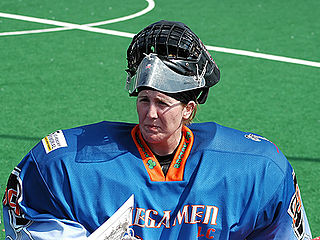 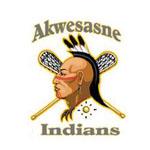 The Akwesasne Indians are Junior "B" box lacrosse team from Akwesasne. The Indians compete in the OLA Junior B Lacrosse League. 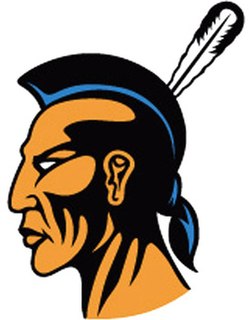 The Six Nations Rebels are a Canadian Junior "B" box lacrosse team from Hagersville, Ontario on the Six Nations of the Grand River Reserve. The Rebels play in the OLA Junior B Lacrosse League. The Rebels hold the record for most Junior B national championships in Founders Cup history with seven.

The McGill Team and McGill Martlets are the varsity athletic teams that represent McGill University in Montreal, Quebec, Canada.

The St. Regis Indians were a Senior "A" box lacrosse team from St. Regis Mohawk Reservation, New York on Akwesasne Island. The Indians played in the Major Series Lacrosse Senior "A" Lacrosse League from 1998 to 2009.

Stan Cockerton was an All-American lacrosse player for the NC State Wolfpack men's lacrosse team from 1977 to 1980, leading the Wolfpack to its only NCAA Men's Lacrosse Championship tournament appearance in 1979.

The Can-Am Senior B Lacrosse League is a Senior-level Canadian and American box lacrosse league. The teams are located in the Southwestern Ontario and Upstate New York regions. Sanctioned by the First Nations Lacrosse Association, the champions of the Can-Am league compete for the Presidents Cup, the Canadian National Senior B championship. Can-Am teams have won the Presidents' Cup five times.

Jay Thorimbert is a professional Canadian lacrosse player, currently a member of the New England Black Wolves of the National Lacrosse League and the Kitchener-Waterloo Kodiaks of Major Series Lacrosse.

Aʼnowaraʼko꞉wa Arena is a 3,000-seat multi-purpose arena in Cornwall Island, Ontario on the Akwesasne reservation.

The Quebec Senior Lacrosse League(QSLL) is a senior B box lacrosse league based in Quebec. The league also includes a team based in Ottawa. QSLL is sanctioned by the Fédération de crosse du Québec.

The 2014 Presidents Cup is the National Senior "B" Championship of Canada. This year's tournament is being hosted by the Tri-City Bandits and the West Coast Senior Lacrosse Association. The Senior B national championship will be played at the Poirier Sport & Leisure Complex in Coquitlam, British Columbia.

The Six Nations Rivermen are a Senior box lacrosse team. The team played in the City of Ohsweken, Ontario, Canada and participate in the OLA Senior B Lacrosse League. They are the defending 2015 Presidents Cup National Champions and two-time defending Ontario Lacrosse Association Senior B Champions.

Mike Kanentakeron Mitchell is a longtime Canadian Mohawk politician, pioneering First Nations film director and a leading figure in First Nations lacrosse. First elected to the Mohawk Council of Akwesasne in 1982, he began his first term as Grand Chief in 1984. He served on the Mohawk Council almost continuously for more than 30 years, having been reelected as Grand Chief as recently as 2012.