Last updated November 13, 2021
Not to be confused with Three Rivers Community College.

It operates the following schools:

Haleyville is a city in Winston and Marion counties in the U.S. state of Alabama. It incorporated on February 28, 1889. Most of the city is located in Winston County, with a small portion of the western limits entering Marion County. Haleyville was originally named Davis Cross Roads, having been established at the crossroads of Byler Road and the Illinois Central Railroad. At the 2010 census the population was 4,173, down slightly from 4,182 in 2000. 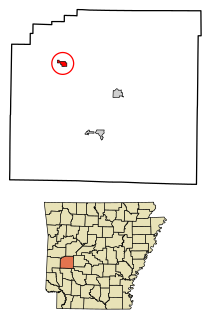 Oden is a town in Montgomery County, Arkansas, United States. As of the 2010 census, its population was 232. 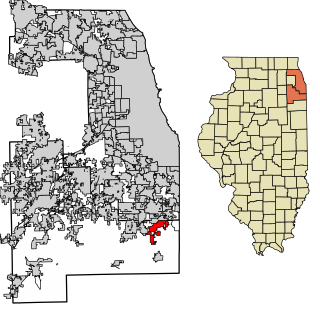 Crete is a village in Will County, Illinois, United States. The population was 8,259 at the 2010 census. Originally named Wood's Corner, it was founded in 1836 by Vermonters Dyantha and Willard Wood.

Hopkins Township is a civil township of Allegan County in the U.S. state of Michigan. The population was 2,601 at the 2010 census. The township is named after Stephen Hopkins, a signer of the Declaration of Independence.

Greenwater is a census-designated place (CDP) in the northwest United States in Pierce County, Washington. Southeast of Seattle, the population was 67 at the 2010 census, down from 91 in 2000.

Southwest Allen County Schools is a school district in Indiana serving both Aboite and Lafayette Township residents of Allen County, including those township area incorporated into Fort Wayne. 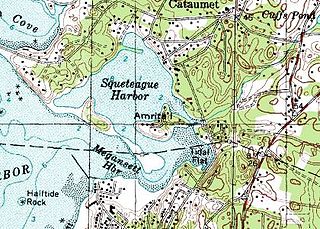 Amrita Island is a small inhabited island in Squeteague Harbor in the village of Cataumet in the town of Bourne, in Barnstable County, Massachusetts. Several residential homes are located on the island. Baxendale Road is the only road and it connects the island to the mainland from Megansett Road. 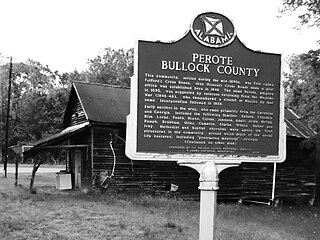 Hoagland is an unincorporated census-designated place (CDP) in Madison Township, Allen County, in the U.S. state of Indiana. As of the 2010 census, it had a population of 821.

Berlin Center is an unincorporated community in Mahoning County, in the U.S. state of Ohio.

Sheelytown was a historic ethnic neighborhood in South Omaha, Nebraska, USA with populations of Irish, Polish and other first generation immigrants. Located north of the Union Stockyards, it was bounded by Edward Creighton Boulevard on the north, Vinton Street on the south, South 24th Street to the east, and 35th Street to the west. Sheelytown was named for the Sheely Brothers Packing Houses that were located in the area. Sheelytown was annexed by Omaha in 1887. The Omaha Quartermaster Depot was built just east of the community across the Union Pacific tracks.

Fremont Landing was a former settlement in Yolo County, California, United States. It was located on the Sacramento River 5.5 miles (8.9 km) east-southeast of Knights Landing, at an elevation of 26 feet.

Santana do Piauí is a municipality in the state of Piauí in the Northeast region of Brazil.

Hannasville is a census-designated place located in Canal Township, Venango County, in the state of Pennsylvania. The community is located along U.S. Route 322. As of the 2010 census the population was 176.

Copper River School District (CRSD) is a school district headquartered in Glennallen, Alaska. CRSD is known for being made up of several schools. The schools at times collaborate to achieve new educational opportunities. This is done primarily by VTC, or by transportation of students to either of the three schools.