Three Words: An Anthology of Aotearoa/NZ Women's Comics is a 2016 collection that was edited by Rae Joyce, Sarah Laing, and Indira Neville. [1] The book was first published on 14 March 2016 and collects together 64 female comic artists from New Zealand. [2] [3] Joyce stated that she wanted to create the collection after reading an anthology that was marketed as a history of New Zealand comics, only to feel that "it was representing the white male POV status quo rather than the reality of comics in NZ". [2] She further commented that she hoped that Three Words would raise awareness for female comics from New Zealand, as she felt that they were under-represented. [4] [5]

The book received a review from Radio New Zealand. [6]

Three Words has comics by 64 female comic artists from New Zealand. Its title references the process of the creation of the content: all contributors chose three words for another contributor to use as a starting point for their comic. Submissions were also open to transgender people who identify as women, or who once identified as women. [7]

The book includes contributions from Beth Ducklingmonster, Jessica Hansell, Rosemary McLeod, and Susan Te Kahurangi King, and features essays by Robyn Kenealy, Rae Joyce, Ruth Boyask, Jem Yoshioka and Miriam Sapphira. The editors welcomed submissions from women with all levels of experience in comics creation, and the finished work included established artists as well as newcomers to the field [8] .

Funtime Comics is a Christchurch, New Zealand based collective of comic artists and writers whose aim is to provide a forum for the promotion and discussion of the comic medium, promote New Zealand comics and encourage local writers and artists through the publishing of their own comics. Funtime publishes the Funtime Comics Anthology, and a variety of other comics, many of which are collaborative efforts, featuring stories and artwork from local and international comics artists.

Robyn E. Kenealy is a comic book artist and organiser in the New Zealand art communities. She is based in Wellington, and had a role in establishing the 91 Aro St Gallery, organising the New Zealand Comics Weekend and the Eric Awards. Kenealy's early works, Influenza in Wellington and Love Ain't Easy, were predominantly autobiographical comics. Her later work Roddy's Film Companion marks a distinct shift from this style. Although Roddy's Film Companion is biographical, it is also fictional and frequently acknowledges the limitations of 'truth' and 'fact' in historical research. These themes are continued in Steve Rogers' American Captain, an autobiographical comic told from the perspective of Captain America's alter-ego. 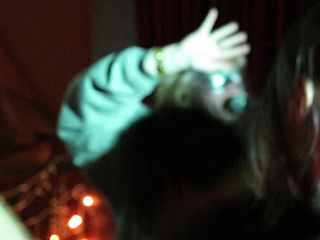 The Futurians are a long-running noise rock band from New Zealand. Foxy Digitalis magazine called them the "best punk band on the fucken planet."

Indira Neville is a New Zealand comics artist, community organiser, musician and educationalist. She is notable for her work in the Hamilton-based comics collective Oats Comics, her own long running serial comic Nice Gravy and in recent times taking a prominent role in the promotion and recognition of New Zealand women's comics through her association with the Three Words anthology. Indira Neville is also notable for her work as an educationalist. She was a CORE Education eFellow, a winner of a Microsoft Innovative Teacher Award for her teaching, and a former principal of a primary school. She is also an active performer, and is currently fronting the Auckland band The Biscuits.

Raewyn Alexander is a New Zealand writer. She has also worked in visual media, producing comics and clothing.

Susan Te Kahurangi King is a New Zealand artist who found international fame in 2009. She was born in Te Aroha in 1951.

Sarah Laing is a New Zealand author and cartoonist. 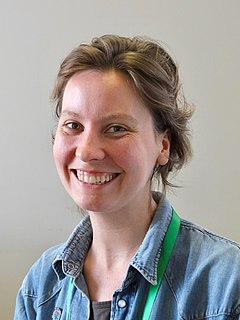 Giselle Clarkson is a New Zealand cartoonist and illustrator, best known for her non-fiction comics on conservation and environmental issues.

Jem Yoshioka is a New Zealand illustrator and comic artist. She has won several comic awards and is best known for her webcomic Circuits and Veins which has attracted a large following on Webtoon.

Maiangi Waitai is a New Zealand-born artist of Ngā Wairiki, Ngāti Apa, Tuwhāretoa, Rangitāne and German descent. She works across a range of mediums, designing clothing and accessories for her Who is Dead Martin label, creating comics, figurines, toys, jewellery, mosaics and painting. She has also been a musician, singing and playing the flute and guitar in a band called Beam (1997-1999) with Colleen Lenihan, Guy Scoullar and Hayden Fritchley, also artists at the time in Whanganui. She has worked as a kindergarten teacher since 2010.

Sally Bollinger is an actor, writer and cartoonist born in 1993 in New Zealand. She often works collaboratively with her sister Elsie on works relating to William Shakespeare and will contribute the comic component of joint comic/video projects.

Bek Coogan is a New Zealand multidisciplinary artist and musician.

Debra Jane Boyask was a comics artist and educational developer. Boyask was born and died in England, but lived for many years in New Zealand, after moving there with her family in 1974.

Demarnia Lloyd is a New Zealand musician, known for her work with the group Cloudboy. She has also produced comics. Lloyd was the inaugural artist in residence at Smith's Grainstore, Oamaru (2001). She has been in a number of bands a well as Cloudboy and also works as a solo artist.

Mirranda Burton is a New Zealand-born artist and writer.

Pounamu are several types of hard and durable stone found in southern New Zealand. They are highly valued by the Māori, and hardstone carvings made from pounamu play an important role in Māori culture. Geologically, pounamu are usually nephrite jade, bowenite, or serpentinite, but the Māori classify pounamu by colour and appearance.