A couple of cowboys, Johnny Colt and Tony Ballew, both have a romantic interest in tomboy Rusty Blair while working for her father. Tony loses his wages gambling, then borrows money from Johnny and wins $700, which they intend to put toward a ranch of their own.

Johnny's nervous because his father Jim is also a gambler. Jim goes to Mexico, gets drunk, catches a man named McAdoo cheating at cards, then shoots him in self-defense. McAdoo's two associates, Catur and Joe, decide to blackmail Jim into helping them rob a train of its $50,000 in payroll loot. If he refuses, they'll tell the law Jim shot their friend in cold blood.

To help his father, Johnny robs the train first. He hides the money with the $700. A posse is formed, which Johnny joins to go search for a thief who is actually himself.

McAdoo turns out to have been wounded, not killed. He turns up and Tony is shot in the back. McAdoo and Catur are done away with in a gunfight, and when Joe flees on horseback from Johnny, he falls to his death over a cliff. Johnny returns the robbery money, then ends up with a $10,000 reward and Rusty to boot.

John Wesley Hardin was an American Old West outlaw, gunfighter, and controversial folk icon. Hardin often got into trouble with the law from an early age. He killed his first man at the age of 15, claiming he did so in self-defense.

Arthur Ernest Schlichter is an American former football quarterback who played in the National Football League (NFL) for four seasons with the Colts franchise. He also played one Canadian Football League (CFL) season with the Ottawa Rough Riders and three Arena Football League (AFL) seasons with the Detroit Drive and Cincinnati Rockers. A highly-touted collegiate prospect at Ohio State, Schlichter's professional career was cut short by a five-decade gambling addiction that resulted in him facing varying degrees of legal trouble from the 1980s onward. 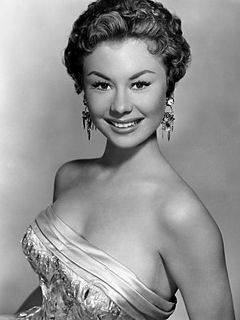 Mitzi Gaynor is an American actress, singer, and dancer. Her notable films include There's No Business Like Show Business (1954), The Birds and the Bees (1956), and South Pacific, the 1958 motion picture adaptation of the stage musical by Rodgers and Hammerstein. She is one of the last surviving stars from the Golden Age of Hollywood. 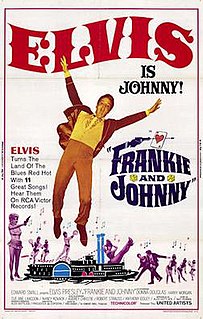 Frankie and Johnny is a 1966 American Western musical film starring Elvis Presley as a riverboat gambler. The role of "Frankie" was played by Donna Douglas from The Beverly Hillbillies TV series. The film reached #40 on the Variety weekly national box office list for 1966. The budget of the film was estimated at $4.5 million. The director was Frederick De Cordova, who in 1970 went on to become the director and producer of The Tonight Show Starring Johnny Carson.

The following is a list of players and managers (*), both past and current, who appeared at least in one regular season game for the Chicago White Sox franchise. 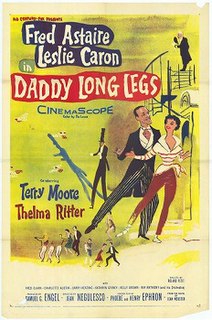 Daddy Long Legs (1955) is a Hollywood musical comedy film set in France, New York City, and the fictional college town of Walston, Massachusetts. The film was directed by Jean Negulesco, and stars Fred Astaire, Leslie Caron, Terry Moore, Fred Clark, and Thelma Ritter, with music and lyrics by Johnny Mercer. The screenplay was written by Phoebe Ephron and Henry Ephron, loosely based on the 1912 novel Daddy-Long-Legs by Jean Webster. 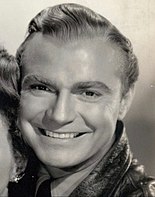 "Marco Polo" is the 60th episode of the HBO original series The Sopranos and the eighth of the show's fifth season. Written by Michael Imperioli and directed by John Patterson, it originally aired on April 25, 2004.

"Moe n' Joe" is the 75th episode of the HBO original series The Sopranos and the 10th of the show's sixth season. Written by Matthew Weiner and directed by Steve Shill, it originally aired on May 14, 2006.

A coaching tree is similar to a family tree except it shows the relationships of coaches instead of family members. There are several ways to define a relationship between two coaches. The most common way to make the distinction is if a coach worked as an assistant on a particular head coach's staff for at least a season then that coach can be counted as being a branch on the head coach's coaching tree. Coaching trees can also show philosophical influence from one head coach to an assistant. 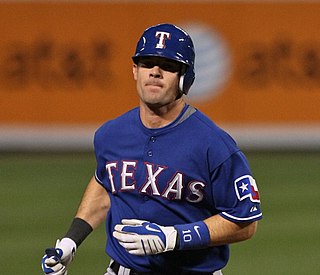 The following is a list of players, both past and current, who appeared at least in one game for the San Diego Padres National League franchise (1969–present).