The trust was founded on 10 October 2011. The trust's headquarters were at the Philip Morant School in Colchester. Both Philip Morant and Colne Community College became academies in 2011, in which the two schools decided to collaborate to create the academic trust. [2]

On 23 March 2018 Nardeep Sharma, [3] executive officer of the trust, was suspended along with Catherine Hutley, the executive principal of Philip Morant. From 29 March 2018, an investigation into the Trust Governance took place led by the Department for Education and was published in October 2019. [4] The Thrive Partnership Academy Trust was dissolved on 31 December 2018.

In 2019, the final investigation report was released by the HM Education & Funding Skills Agency. This included rewarding a contract for web design to a company with links to staff that the board approved.

Colchester is a historic market town and the largest settlement within the borough of Colchester in the county of Essex, in south eastern England. Colchester occupies the site of what was Camulodunum, the first major Roman city in, and sometime capital of, Roman Britain. Colchester lays claim to be Britain's oldest recorded town. Colchester has been a military garrison since the Roman era and is currently home to the 16th Air Assault Brigade.

Haberdashers' Aske's Hatcham College is a state secondary school with academy status and music specialism located in New Cross. The school was formerly a grammar school, then a comprehensive City Technology College and now an Academy operating between two sites near New Cross Gate in South-East London.

The Rawlett School is a secondary school with academy status located on the outskirts of Tamworth, a market town in Staffordshire, England. It was previously known as Rawlett Community Sports College and, before that, as Rawlett High School. The school is sponsored by the Academies Enterprise Trust. Rawlett educates around 1,250 students aged 11–16. The headteacher is Heather McLachlan. The catchment includes Tamworth, Fazeley, Mile Oak, Elford, Hopwas, Riverside, Coton Green and Gillway.

Philip Morant School and College is a secondary school and sixth form with academy status located within the Prettygate suburb of Colchester, Essex. The school is named after Philip Morant, a local 18th-century historian and archaeologist who was chosen as the school's eponym a few months after its achieving technology college status in 1994. In November 2011 the school became an academy and joined the Sigma Trust in 2018, moving from the then defunct Thrive Partnership, which it co-founded. 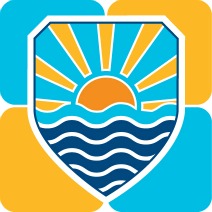 The Colne Community School and College is a secondary school and sixth form with academy status located in Brightlingsea, Essex, England. The school is an inclusive, comprehensive provider that achieved academy status in 2011 and founded the Thrive Partnership along with the Philip Morant School and College. In 2018 the Thrive Partnership was dissolved and the Colne joined the Sigma Trust.

The Windsor Boys' School is an all-boys upper school and sixth form located on Maidenhead Road in Windsor, Berkshire, England, within the Royal Borough of Windsor and Maidenhead Local Authority. The school specialises in the arts.

The Baverstock Academy was a mixed secondary school and sixth form college, located on the southern edge of Birmingham, Kings Heath

A free school in England is a type of academy established since 2010 under the Government's free school policy initiative. From May 2015, usage of the term was formally extended to include new academies set up via a local authority competition. Like other academies, free schools are non-profit-making, state-funded schools which are free to attend but which are mostly independent of the local authority.

The Whitehaven Academy is a comprehensive co-educational secondary school with academy status, located in Whitehaven, in west Cumbria, England. The school was established in 1984.

Workington Academy is a mixed secondary school in Workington, Cumbria that was formed in September 2015 as a result of the merger of Southfield Technology College and Stainburn School and Science College.

Trinity Catholic College is a large, co-educational secondary school and sixth form in the town of Middlesbrough, North Yorkshire, England. It is part of Nicholas Postgate Catholic Academy Trust.

All Saints Catholic College is a coeducational Roman Catholic secondary school with academy status. It is located in Dukinfield in the English county of Greater Manchester.

The Bright Tribe Trust was a multi-academy trust, active in October 2015, that took on failing schools.